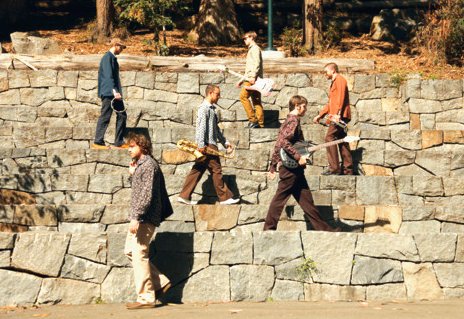 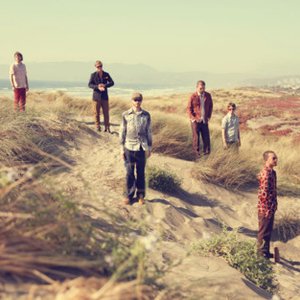 Over the past seven years, Monophonics have staked their claim as one of California’s premier bands. Raised amid the Bay Area’s rich musical culture, Monophonics has proudly carried on the tradition of music native to their hometown, which flourished during the birth of psychedelia.

Monophonics were formed in 2005; originally a instrumental ensemble comprised of guitarist Ian McDonald, bassist Myles O’Mahony, saxophonist Alex Baky, trumpeter Ryan Scott, and drummer Austin Bohlman, the band has recently added the dynamic soul vocals of keyboardist Kelly Finnigan. The result is a psychedelic soul & heavy funk sound, which harks back to the stylings of the late 60’s and early 70’s, all while keeping its feet planted in the present.

As a mainstay of San Francisco venues such as The Independent, Brick and Mortar & Boom Boom Room, the Monophonics have created a national buzz and fervent local following, sharing the stage & bill with such names as The Budos Band, Orgone, Lonnie Smith, Kings Go Forth, Soulive, and many many more. Their touring schedule has brought their signature rowdy, hard-hitting live set to over 400 dates from California up to Motown and down to Louisiana establishing themselves as yearly residents at the legendary New Orleans Jazz Festival. The band has also played some of the major music festivals on the west coast including High Sierra, Joshua Tree, Blacksheep Family Reunion, and Las Tortugas.

Already in 2012 the band has signed on with top booking agency Intrepid Artists Int’l and has seen their touring schedule triple fast and has helped get them get in big festivals like Wakarusa in Arkansas and the Portland Waterfront Blues Fest in Oregon. Other big news in 2012 is the bands new record In Your Brain which was released and distributed worldwide May 15, 2012 by legendary label Ubiquity Records (Orgone, Shawn Lee, Breakestra, Connie Price, & The Keystones). It was recorded & produced by Ian McDonald and Kelly Finnigan in San Francisco and was mixed by Sergio Rios from ORGONE at Killion Sound in LA. With a transformation of the group in the last 18 months, they have matured and found our own sound. This new record sits on the fuzzy psychedelic side of Soul and Heavy Funk! Taking a cue from their San Francisco roots and greats like Norman Whitfield, George Clinton's Funkadelic, David Axelrod, and Sly Stone, the group has found their path which has taken on a direction that focuses on great tones using analog equipment, a simpler and more spontaneous songwriting approach and trying to always catch a vibe that brings back thoughts of the 1969 psychedelic movement!