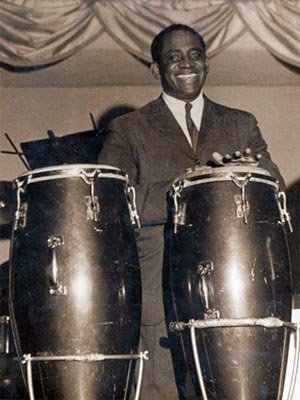 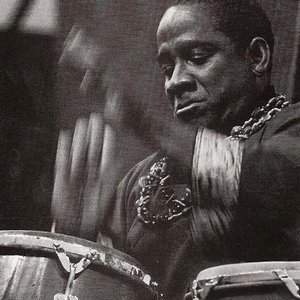 Ramón "Mongo" Santamaría (April 7, 1922 in Havana, Cuba – February 1, 2003) was an Afro-Cuban percussionist. He is most famous for being the composer of the jazz standard "Afro Blue", as performed by John Coltrane among others. His 1963 hit rendition of Herbie Hancock's "Watermelon Man" was inducted into the Grammy Hall of Fame in 1998. In 1950 he moved to New York where he played with Perez Prado, Tito Puente, Cal Tjader, Fania All Stars, etc. He was an integral figure in the fusion of Afro-Cuban rhythms with R&B and soul, paving the way for the boogaloo era of the late 1960s.