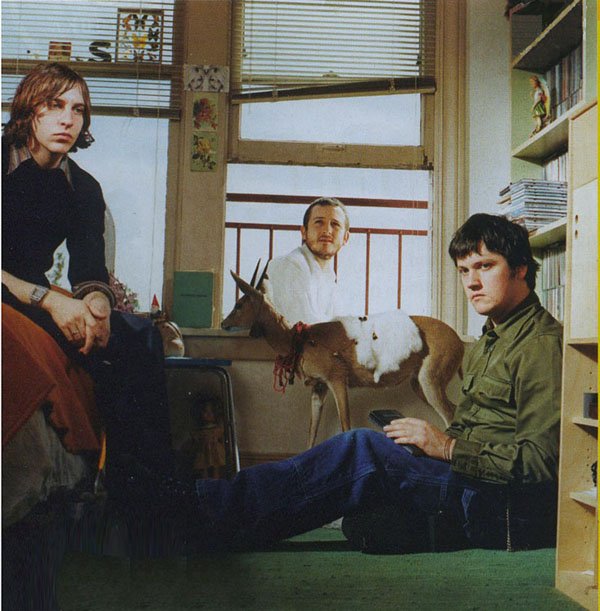 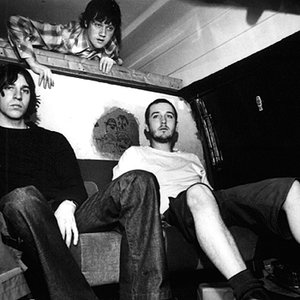 Modest Mouse is an alternative rock band which formed in 1993 in Issaquah, Washington, United States. The band's original lineup consisted of guitarist Isaac Brock, drummer Jeremiah Green and bassist Eric Judy. Since being signed to Sony's Epic Records in 2000, Modest Mouse has attained significant popular success with songs such as "Float On" and "Dashboard."

Brock frequently moved around with his mother when he was a child. Around this time, his mother left his father for his father's brother (Brock's uncle). Brock's mother's house flooded and forced them to move into his mother's new husband's trailer, but there was no room for Brock. Brock stayed behind, living in the second story of the flooded house, until he was eventually evicted by police. He then moved into a shed next to his mother's house and it is said this is where Brock, drummer Jeremiah Green and bassist Eric Judy first began playing music.

In 1994, the band recorded their debut EP, Blue Cadet-3, Do You Connect?, at Calvin Johnson's Dub Narcotic Studios, which was then released on Calvin's record label K Records. Then followed a single with Sub Pop that was recorded by producer Steve Wold at Moon Studios. Wold, who in the mid-2000's would begin to perform under the name Seasick Steve, would also perform on the band's albums, but was never an official member of the band. After moving to Up Records Modest Mouse put out several releases recorded at Moon Studios, including 1996's This Is A Long Drive For Someone With Nothing To Think About. This double LP was produced and recorded by Steve Wold. The next offering on UP was Interstate 8; also produced by Steve Wold. 1997's The Lonesome Crowded West, (also recorded at Moon Studios, by Scott Swayze) turned out to be the band's breakthrough album. The Lonesome Crowded West gained the band a cult following and is now widely considered by many critics to be one of the defining albums of mid-90s indie rock.

In 2000, Modest Mouse released The Moon And Antarctica, their first album on a major label (Epic Records). The band enjoyed some success on alternative radio with the singles "3rd Planet" and "Gravity Rides Everything." Lead singer Isaac Brock has since put out an album with his side project Ugly Casanova on Sub Pop Records.

In 2003, drummer Jeremiah Green quit the band; the official word was that he was quitting to work with his side project, Vells. He was replaced with two members, drummer Benjamin Weikel (who also drummed for The Helio Sequence) and guitarist Dann Gallucci (Murder City Devils). Weikel being new to the band and Gallucci returning to the band for the first time since This is a Long Drive for Someone with Nothing to Think About. On April 6, 2004, Modest Mouse released the platinum-selling Good News For People Who Love Bad News, which scored two hits with "Float On" and "Ocean Breathes Salty". In 2004 Jeremiah Green returned to the band, and Benjamin Weikel now drums exclusively for The Helio Sequence. Dann Gallucci left the band in August, and they toured with Hutch Harris of The Thermals during the fall of 2004.

Modest Mouse was mentioned by name in the 2005 Supreme Court decision in the case of MGM v. Grokster. Justice Souter wrote that on the Grokster P2P network, "Users seeking Top 40 songs, for example, or the latest release by Modest Mouse, are certain to be far more numerous than those seeking a free Decameron, and Grokster and StreamCast translated that demand into dollars."

In 2005, multi-instrumentalist Tom Peloso, who already played various instruments on Good News For People Who Love Bad News, officially joined the band. In 2006, Johnny Marr, former guitarist for The Smiths, became an official member of the band.

On March 20, 2007, the band released their fifth album, We Were Dead Before The Ship Even Sank. Four singles were released from the album: "Dashboard", "Missed the Boat", "We've Got Everything" and "Little Motel". The album debuted at #1 on the Billboard 200 album chart. James Mercer of The Shins provides backing vocals on three songs.

In 2009, they released No One's First And You're Next, an EP of unreleased songs from around the time Good News and We Were Dead were recorded, and two songs that had already been released, "I've Got It All (Most)" and "King Rat". The video for King Rat was directed by late actor Heath Ledger.

In 2009, Johnny Marr left the band and was replaced by Jim Fairchild, formerly of Grandaddy. The band performed at several festivals throughout 2009 and 2010, including the main stage of the Reading and Leeds Festivals in 2010.

After an 8 year wait, the band's latest full-length is "Strangers To Ourselves", released March 17th, 2015- two weeks after the original release date, March 3rd, 2015. The album art is an aerial photo of an RV resort located in Mesa, Arizona. Five singles were released before the album, "Lampshades on Fire", "Coyotes", "The Ground Walks, with Time in a Box", "The Best Room", and "Of Course we Know".