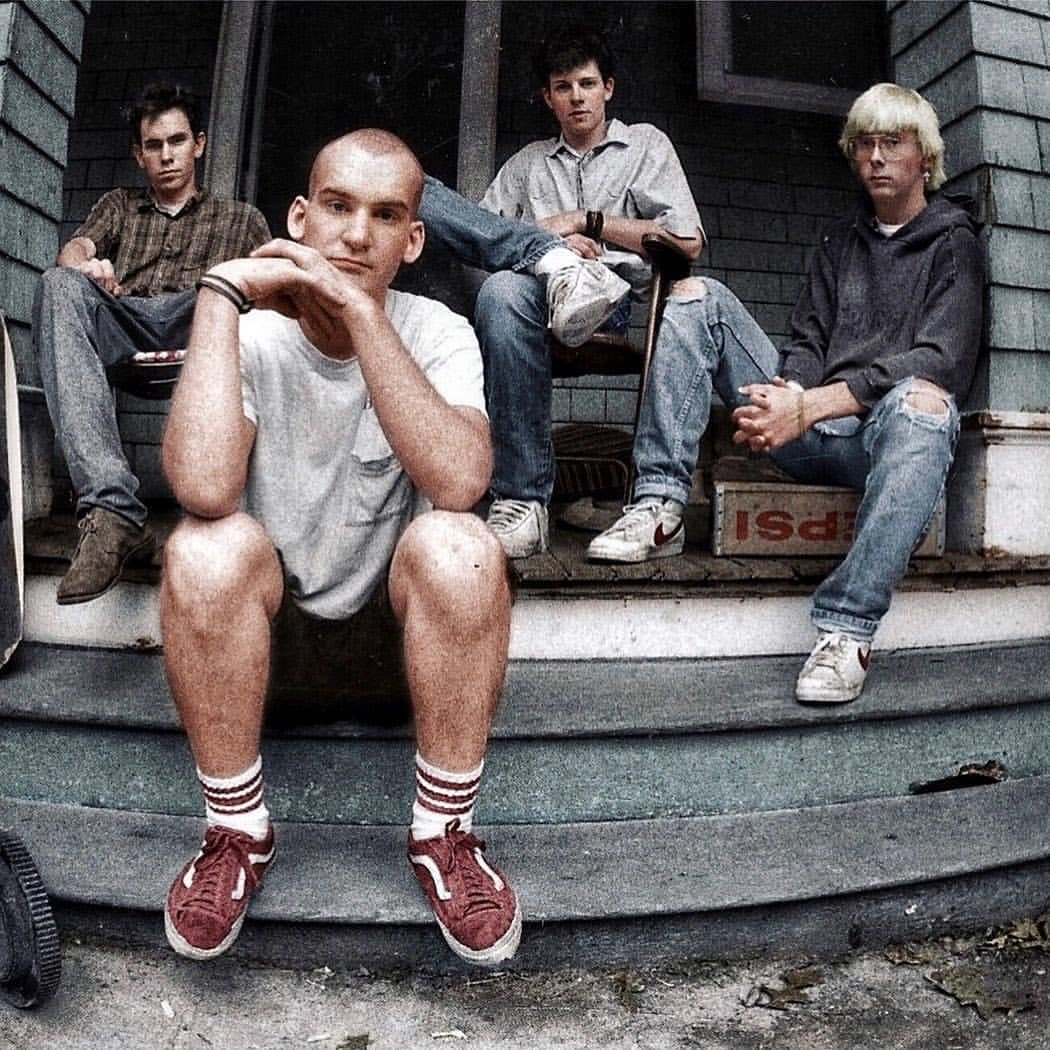 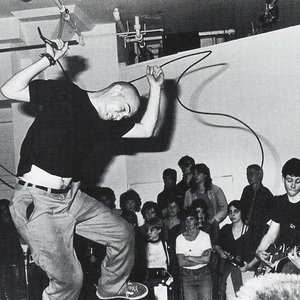 Minor Threat was an American hardcore punk band from Washington DC. Short-lived but very influential, critics have called the band and their work "iconic," and have noted that their "groundbreaking" music "has held up better than most of their contemporaries." Minor Threat is credited with unintentionally starting the "straight edge movement" from a handful of song lyrics.

They and fellow Washington DC residents Bad Brains set the standard for many hardcore punk bands in the 1980s and 1990s. They produced short, often astonishingly fast songs, eventually with excellent production quality, which at the time was lacking in most punk/alternative rock. All of Minor Threat's records were released on the band's own Dischord Records.

History
While at Wilson High School, Ian MacKaye and Jeff Nelson were in the influental DC punk band The Teen Idles. After that band broke up, MacKaye decided to switch from bass to vocals, and organized Minor Threat with Nelson and two prep-school kids (from Georgetown Day School), bassist Brian Baker and guitarist Lyle Preslar. Minor Threat's first performance was in December 1980, opening for Bad Brains.

Their first 7" EPs, "Minor Threat" and "In My Eyes", were released in 1981. The group became popular regionally, and toured the United States' east coast.

"Straight Edge," a song on the first EP, inadvertently inspired the straight edge movement. The song seemed to be a call for abstention from drugs and alcohol– a new concept in punk music, which initially found a dedicated following.

Another Minor Threat song from the first EP, "Out of Step", further demonstrates the aesthetic: " Don't smoke/Don't drink/Don't fuck/At least I can fucking think/I can't keep up/Out of step with the world." The "I" in the lyrics was implied, and some in Minor Threat – Jeff Nelson in particular – took exception to what they saw as MacKaye's imperious attitude on the song.

In the time between the release of the band's second seven inch E.P. and the "Out Of Step" record, the band briefly split when guitarist Lyle Preslar moved to Illinois for college. During this period MacKaye and Nelson put together a studio only project called Skewbald/Grand Union (in a reflection of the slowly increasing disagreements between the two musicians, they were unable to decide on one name). The group recorded three untitled songs which would be released posthumously as Dischord's 50th release. During this period Brian Baker also briefly played guitar for Government Issue and appeared on the "Make An Effort" EP. Preslar dropped out of college and, at the urging of Bad Brains vocalist H.R. Hudson, Minor Threat reformed to play a series of shows and record the "Out Of Step" mini-album.

When "Out of Step" was re-recorded for the band's LP "Out Of Step," MacKaye inserted a spoken section explaining, "This is not a set of rules…" An ideological door was already opened, however, and by 1982, some straight-edge punks, such as followers of the band SS Decontrol, were swatting beers out of people's hands at clubs. (Ironically, SS Decontrol's singer, Springa, was at the time a heavy drinker and cocaine user.)

Minor Threat's song "Guilty of Being White" led to some accusations of white pride. But MacKaye has strongly denied such intentions and said that some listeners misinterpreted his words which call for a separation of association between non-racist white people of future generations and the horrible past of slavery often blamed on the white race as a whole rather than on those individuals principally responsible for the atrocities. The metal band Slayer later covered the song, though perhaps not entirely in the spirit in which MacKaye wrote it: they calculatedly changed the lyric "guilty of being white" to "guilty of being right" at the song's climax to shock people. MacKaye has stated that he was offended by the change because of the racist implications of the new lyrics.

Minor Threat broke up in 1983. One contributing factor was disagreement over musical direction. For example, guitarist Preslar was increasingly enamored of pop/rock band U2. MacKaye was allegedly skipping practices towards the end of the band's career, and he wrote the lyrics to the songs on the "Salad Days" E.P. in the studio. This was quite the contrast between the earlier recordings as he had written the music for some of the band's early material and also collabarated in writing the music on others. Minor Threat played its last show on September 23, 1983 with Trouble Funk and the Big Boys.

MacKaye went on to found Embrace (which was among the first bands to be labeled emocore) with former members of The Faith, the obscure Egg Hunt with Jeff Nelson, and later the groundbreaking DIY punk/alternative band Fugazi with ex-Rites of Spring vocalist Guy Picciotto and The Evens, as well as collaborating on Pailhead. Brian Baker went on to play in Junkyard and the seminal Dag Nasty and currently plays in Bad Religion. Lyle Preslar briefly played in Glenn Danzig's Samhain and his playing appears on a few songs on the band's first record; he later became an A&R director for Atlantic Records. Jeff Nelson played less frantic alternative rock with Three and The High-Back Chairs before retiring from live performance; he also runs his own label, Adult Swim Records (distributed by Dischord), does graphic art, and became a somewhat prominent political activist in the D.C. area.

Minor Threat's self-owned Dischord Records released material by many punk bands from the Washington, D.C. area, such as Rites of Spring, Gray Matter, and Dag Nasty, and has become a highly respected independent record label.

In 2005, the cover of Minor Threat's first EP (also used on the First two 7"'s on a 12" LP and Complete Discography CD) was copied by athletic footwear manufacturer Nike for use on a promotional poster for a skateboarding tour called "Major Threat". Nike also corrupted Minor Threat's distinctive logo (designed by Jeff Nelson) for the same campaign. MacKaye issued a press statement condemning Nike's (who are known to endorse sweatshop labor) actions and said that he would discuss legal options with the other members of the band. Meanwhile, fans, at the encouragement of Dischord, organized a letter-writing campaign protesting Nike's infringement. On June 27, 2005, Nike issued a statement apologizing to Minor Threat, Dischord Records, and their fans for the "Major Threat" campaign and said that all promotional artwork (print and digital) that they could get ahold of were destroyed.

On October 29, 2005, TV channel Fox played the first few seconds of Minor Threat's "Salad Days" during an NFL broadcast. Use of the song was not cleared by Dischord Records or any of the members of Minor Threat. Fox claimed that the clip was too short to have violated any copyrights.