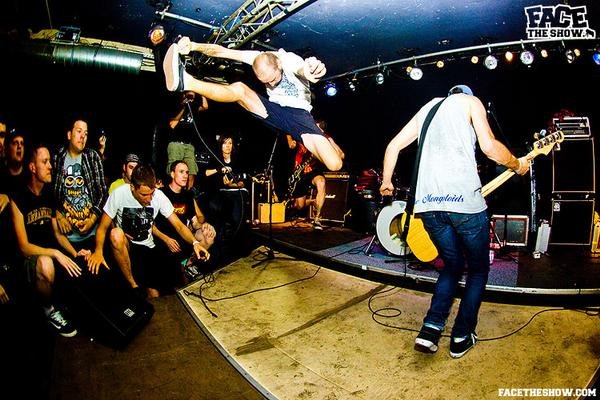 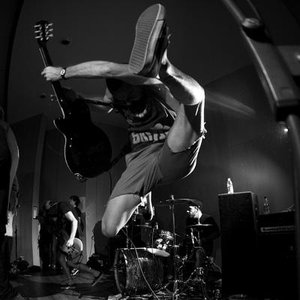 Miles Away is an Australian hardcore punk band from Perth, Western Australia, formed in 2002.

Miles Away was formed in mid-2002 by Andre and Monty who had a bunch of songs they wanted to use for an old school hardcore band. They then drafted in Chris Unsworth, the drummer from Monty's other band Alleged and Perth stalwart/enigma Dion, formerly of Boredumb and From the Ruins to play the bass. Cavechest joined up on vocals in late 2002 to complete the puzzle. At this time the band was going under the name Burning Bridges, until they found a US band with the same name. With each of the members big fans of the mid to late 90’s positive old school hardcore comeback (i.e. Floorpunch, Ten Yard Fight, In My Eyes, Reach the Sky, Fastbreak etc.) the aim was to create a band that kids could stage dive and finger point to, whilst also fusing in elements of new school hardcore.

In December 2002 Miles Away went into Fleet studios to do a short demo. By this time Dion had left the band to start his new life in Melbourne,. So Monty ended up taking care of the bass on the demo. Then Andre decided to go to Northern California on a snowboard trip, so Miles Away went on a lengthy hiatus. Andre finally returned in early/mid-2003 and started jamming the old songs and some new ones. Eventually Miles Away had enough songs to play a show which happened in July at the notorious 208 house in Maylands, WA with fellow newcomers Burn For Me, The Collapse, Hailstones Kill 200 and Halo Of Knives. The show exceeded all band members expectations, and positive feedback was received. By this time Miles Away had acquired a full-time bassist in Steven Hopperton who played in PC Thug.

Miles Away finally released copies of their first demo at the WestSidePride show in 3 August… only 8 months late. With a good number of shows under the belt Miles Away went into record a new EP in September, which became the "Make It Count" EP. Sticking to that original band ideology from all those years ago, Miles Away would go on to become the biggest and most important hardcore band in the country. Being the first to make an impact overseas and putting Australian hardcore on the world map. Over the next 6 years they would tour Australia heavily, sign to Bridge Nine Records (U.S) and Resist Records (AUS), put out 2 solid full-lengths and a 7", ho through minor line-up changes and tour the world over multiple times. In 2012 they celebrated ten years of being a band with an Australian tour.

Miles Away recorded their 2010 album Endless Roads with producer Dean Baltulonis (Sick of It All, American Nightmare, No Warning, Modern Life is War) at The Wild Arctic Recording Studio in New York City. The album was released in August through Resist Records (Australia) and Anchors Aweigh Records (Europe). Before Endless Roads was released, Miles Away began recording an as yet untitled 7" which will include two new songs that did not appear on the new record, which they are self-releasing. Ash Pederick decided to leave the band and focus on his own project in Blkout. Colton Vaughan Jolliffe (formally of Perth hardcore act Something More) is currently filling in on bass while the band is on tour. It is unclear if he will become a permanent member of the band and did not take part in the recording of Endless Roads (It is believed that as per the demo, Monty recorded the Bass tracks for the new record). Miles Away will hit the road harder than ever in preparation for the release starting in June with a full Australian tour with fellow Perth friends and Resist Records label mates, Break Even, Melbourne's Hopeless and The Broderick as part of "The I'd Rather Be Giggin' Tour" to be followed by a European tour with Cruel Hand and The Carrier.