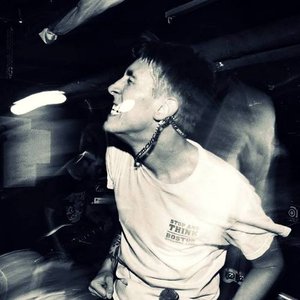 There are atleast 4 artists named Mental.

1. Mental is a digicore rapper, singer and producer from the collectives 7serene, helix tears, lastplace, noheart and graveem1nd. They often collaborate with fellow soundcloud artist blxty and other artists in the soundcloud scene.

2. Boston hardcore circa 2001. Popularized a New York Hardcore influenced style (not unlike bands such as Straight Ahead, Breakdown, or Supertouch) that is recognized as the "Lockin' Out" scene, a reference to the label run by Greg Willmott, singer of Mental. Justice, The Wrongside (aka Dumptruck) and Righteous Jams alongside Mental are the most identifiable entities associated with Lockin' Out Records. Though their "Get An Oxygen Tank" EP was released by Boston's Bridge 9 records, they returned to Lockin' Out, which released all of their other formal releases, including "And You Know This", their debut EP. Disbanding in 2006 after the release of three EPs and one full length, lyrical topics often included friendship, mistakes, regret, and straight edge. Derek Scace and DFJ have continued on in many bands, including Step Forward, Cold World, Righteous Jams and Mind Eraser. Greg continues to run Lockin' Out Records.

3. There is also a hardcore punk band named Mental from Shizuoka, Japan. They have released two tracks on the Shizuoka City HC compilation in 1991.

4. The UK "The Mental" is formed out of the band 'CLONES' in late '78 in Melksham, England