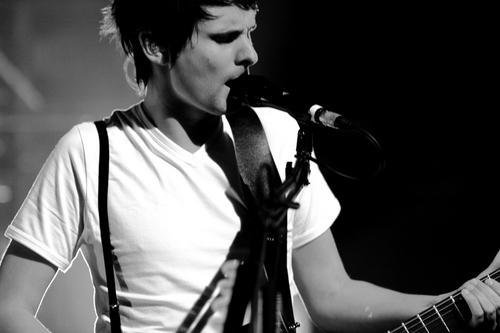 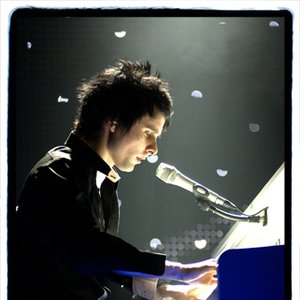 Born Matthew James Bellamy, June 9 1978, in Cambridge, England. He is the frontman and lead singer, guitarist and pianist for the British rock band Muse.

Bellamy's father, George, was the rhythm guitarist in the 1960s English rock group The Tornados, who were the first English band to have a U.S. number one, with "Telstar".
Bellamy's mother, Marilyn, was born in Belfast, and migrated to England in the 1970s. On her first day in England she met George Bellamy, who was at that time working as a taxi driver in London. They moved to Cambridge, where Bellamy's older brother Paul was born, followed a couple of years later by Matthew himself.

In the mid-1980s they moved to Teignmouth, Devon, where Matthew was educated at Teignmouth Community College.

Bellamy's piano style has been inspired by the works of Romantic pianists such as Sergei Rachmaninoff, Tchaikovsky and Franz Liszt, and has resulted in a fusion of Romantic style with rock in many of Muse's songs. In particular, many of his compositions contain elements of the first movement of Rachmaninoff's Piano Concerto No. 2, such as "Space Dementia", "Megalomania" and "Ruled by Secrecy", and of the third movement in the cadenza in "Butterflies and Hurricanes". In live performances Bellamy often breaks into lengthy Romantic piano solos, such as the performance of Prelude in C-sharp minor in the opening of "Screenager" on the live half of the Hullabaloo album. On Black Holes and Revelations, a reference can be heard to the Russian Romantic composer Tchaikovsky's Piano Concerto No. 1, during the song "Hoodoo", where, towards the end, a quote of the beginning chords of the concerto, played in the minor key, can be heard before the rest of the band comes in.

Bellamy cites some of his guitar playing influences as Jimi Hendrix, The Edge of U2, Syd Barrett of Pink Floyd, and Tom Morello of Rage Against the Machine, the latter being particularly evident in the more riff-based songs on Muse's second album, Origin of Symmetry, and in Bellamy's extensive use of pitch-shifting effects in his solos, such as the solo on "Invincible" from Black Holes and Revelations. Bellamy also shares a love of unusual and extreme guitar customization with Morello

Bellamy's fascination with conspiracy theories has been evident since the release of Absolution, in which one song, "Ruled By Secrecy," is named after Jim Marrs' "Rule By Secrecy." The B-Side "Futurism" too deals with a possible dystopian future. Riddles relating to the Illuminati have appeared during the treasure hunt they set for fans on the 2005 mtvU Campus Invasion Tour and in a cryptic announcement about Muse's forthcoming album. Bellamy's interest in metaphysics is also evident (one may argue that the pair go hand in hand). Muse are among musicians such as Tool (compare concepts suggested in the aforementioned track 'Futurism', with Tool's Faaip De Oiad) as being advocates of political and philosophical leanings in modern music.

With the latest Muse album Black Holes and Revelations we see Bellamy taking a much more optimistic approach to earlier and perhaps more dystopian themes, while still retaining the same concepts. The track Exo-Politics refers to the Zeta Reticulans, and suggests that "it's just our leaders in disguise" a conspiracy theory where the government fakes an alien invasion, a theme that Steven Greer has been promoting as a real possibility (coming from sources such as whistleblowers like the late German NASA rocket scientist Wernher von Braun) to politicians, the media and audiences worldwide through his Disclosure Project.

"If you look at those protests in France, the size and level of protest doesn't really relate to what they're protesting about. I think there's something underneath that people are feeling, particularly the younger generation. We feel like we've been born into some pre-created situation where we don't actually have any control over anything. We've got an aging population as well and that control factor grates a little bit. I feel, through this album, that I'm feeling pessimistic and frustrated about it all but at the same time I'm not against revolutionary moves and I wouldn't be ashamed to have incited a small riot, if it's for a good cause."

"I think musicians as Rage against the Machine and System of a Down who address political issues directly in their lyrics are very important in these times. But I think it is painful when other artists whose music is just simplistic entertainment with no real political content believes their fame empowers them to influence people's votes or use it to attract a particular demographic.”

–Ad infinitum and beyond–