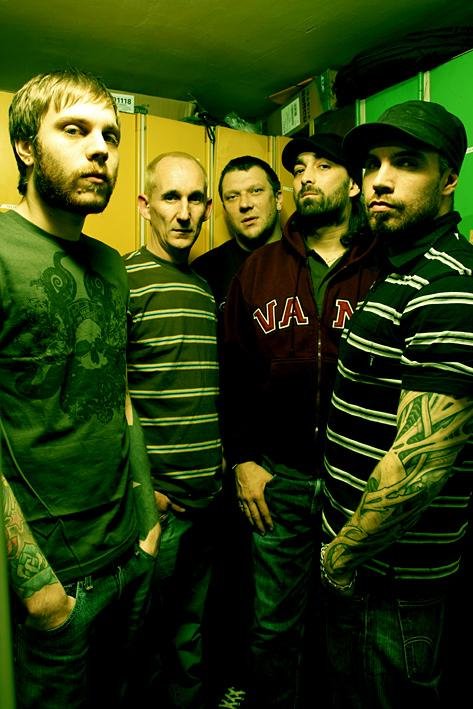 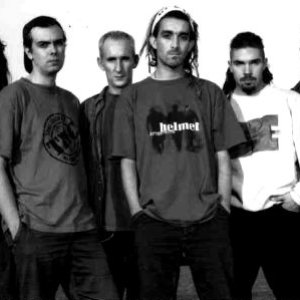 Year 1995: Nirvana, Rage Against the Machine and Faith No More are at their crest when Mass Hysteria repeats without respite to give substance to their opus influenced by strong listening to Bad Brains, Prong or Slayer.

Andre Gielen will give form to their fine and atomic mixing of groove, samples and snatched guitars named "Le Bien Etre et la Paix". This album will lead them on every stage all around Europe, ablazing fans hypnotized by the strength of their two singles "Respect to the dance floor" and "Donnez-vous la peine".

After several performances across France's most popular festivals and concert halls such as Les Transmusicales de Rennes (where they battled with Boo-Yaa T.R.I.B.E.), Le Printemps de Bourges, Le Bataclan and Le Parc des Princes in Paris (with the famous french crew NTM, rock band No One Is Innocent and RATM), all 6 fly to Canada where their tour with Grimskunk appears to be a success, along with their numerous dates with English amazing combo Pitch Shifter, ending up with a big show at La Cigale, Paris.

Year 1998: Mass Hysteria takes the most of their campaign to Canada by recording their Raw Power "Live" in Montréal, making the fans a gift of an unpublished song together with a new cover of Sepultura. July is coming next and the band runs straight to England to record with the talented and well-known Colin Richardson (Machine Head, Fear Factory, PSI), giving its scope to produce the powerful "Contraddiction", that will lead Mass Hysteria to enter the circle of the hard rock's biggests. The quality of this 13 titles (with the contribution of Lojo Triban) doesn't last very long to bear fruits. The group carries on performing live, keeping lighting fans but also raising up a new public due to their fantastic power on stage. They end up by a French tour with the cream of neo metal: the mighty Korn, the American band that won't stop praising the French crew, moreover they will even come to discuss about a contribution in their Family Values!

But year 2000 announces also a period of changes as Erwan and Pascal whish to leave the band to walk their own way. Without wasting time, Mass Hysteria calls up a long time known friend, Olivier, another little genius that, besides real guitar skills and an energy transfused from hardcore, will offer to Mass Hysteria his 15 year-old classic piano practice for the benefit of samples and loops. With Colin Richardson always at the controls of the Mass Machine, the band starts working on their new album in studio in England and, after several months of determined work and cut off from the rest of the world, the five fantastics give the final cut to their third opus: "De Cercle En Cercle".

Melodic, melancholic, spatial, with a personality and a freshness completely recovered, the result of this descent into the depth of Hysteria is beyond all hopes, reflecting as much the resentment as the maturity and the open-mindedness of the group to new music styles.
Year 2002: Mass Hysteria finally ends up their marathon tour following the release of De Cercle En Cercle and decides to have a break before composing their fourth studio album - the first stop in 7 years.
During this break, they decide not to follow up with SONY Music and to concentrate on their new album. A few demos later, the label Wagram Music shows its enthusiasm for the band, and Mass Hysteria decides to quit the Majors World.

Achieving another months of hard work, Mass Hysteria is now ready to enter the studio. English producer Matt Hyde shall be the one for this new album, warmly elected by the group for his energetic power rock universe, coming closer to the direction Mass Hysteria has chosen for the new compositions.

After a one month stay at the famous Studio du Manoir (Noir Désir, Dolly), the Mass Hysteria terminate their work with the mix in London with Matt Hyde.