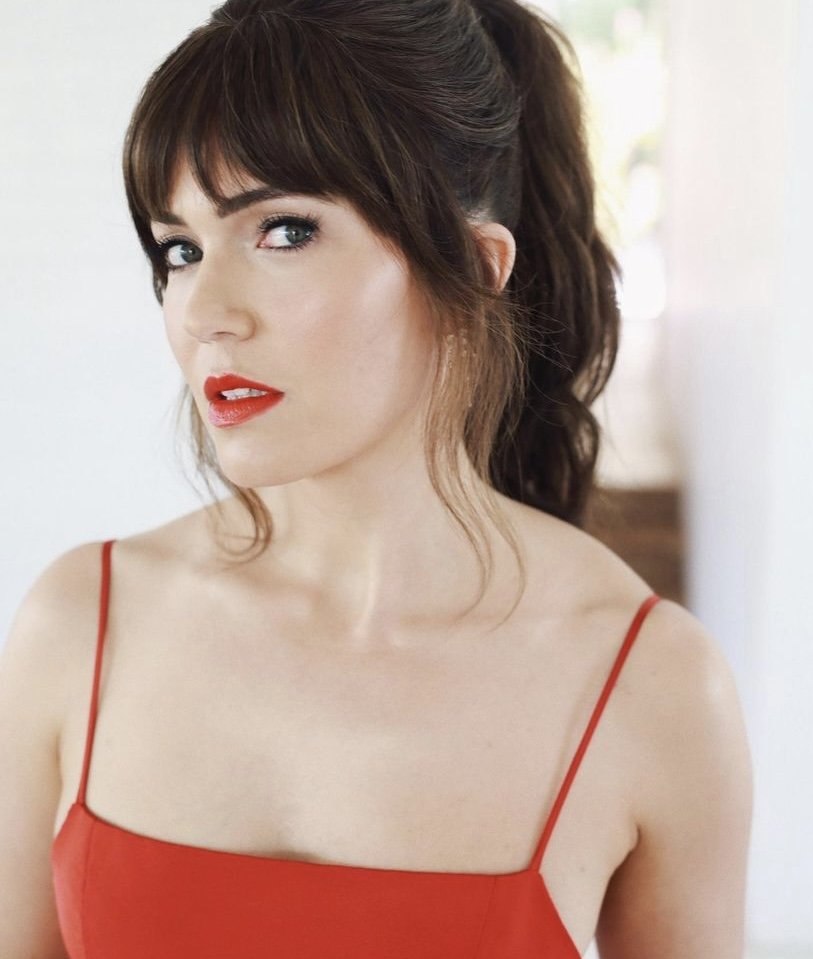 Mandy Moore (born Amanda Leigh Moore on April 10, 1984) is an American singer and actress. Moore grew up in Florida, United States and came to fame as a teenager in 1999, after the release of So Real, her first album. Her subsequent albums released in the 2000s, include the self-titled Mandy Moore and Coverage established her as a well-known pop singer in the United States. Moore has also branched out into a film career, starring in 2002's successful teen film, A Walk To Remember. Later appearing in the lead roles of less well-received movies aimed at teenage audiences. In 2002 she played the English voice for Aerith in Kingdom Hearts. Two of her latest films, the parodies American Dreamz and Saved!, were considered by some critics to be a change of pace into darker roles.

Moore's private life has been much-discussed in the media, including her previous relationships to actors Wilmer Valderrama and Zach Braff, and tennis player Andy Roddick. Moore is scheduled to appear in several films over the course of 2006 and 2007. Briefly, her music career was on hold, having parted ways with her record company.

Moore stated in early 2006 that she missed her music career and that singing is what she is the "most passionate about". According to her official website, she is collaborating with artists including Chantal Kreviazuk, Michelle Branch, and Rachael Yamagata on a new album. Moore had signed to Epic Records after her contract with Sire Records ended, but left the company in May 2006. She reportedly signed with a new EMI Music-owned record company, The Firm, in July of that year. Moore had described her new contract as "especially exciting" and specified that she planned to release her next album in 2007.

The album, entitled "Wild Hope" was co-written by Mandy. It was recently released on June 19, 2007. A change of pace from her usually dance-pop sound, Mandy's new album features a more folk sound, and is a refreshing change.

Since the release of Moore's 2007 album, she has been performing in smaller venues than her early audiences are used to but is still making a huge wave in the music industry. Mandy Moore won't let us forget her quite yet. Moore's sixth studio album, Amanda Leigh, was released on May 26, 2009. As a follow-up over a decade later, through delays due to struggles with record companies and personal relationships as well as her success in acting on NBC series, This is Us, Moore finally put out her seventh studio album, Silver Landings, via Verve Forecast Records on March 6, 2020. All songs were co-written by Dawes lead-singer, Taylor Goldsmith, and producer, Mike Viola, with a few tracks including co-writers like Lori McKenna and Natalie Hemby (of The Highwomen).

Mandy Moore completed a residency of 4 nights at Los Angeles club, The Bootleg!, where she played with musical guests like Dan Wilson and aforementioned Natalie Hemby. Moore will tour the U.S. spring of 2020.