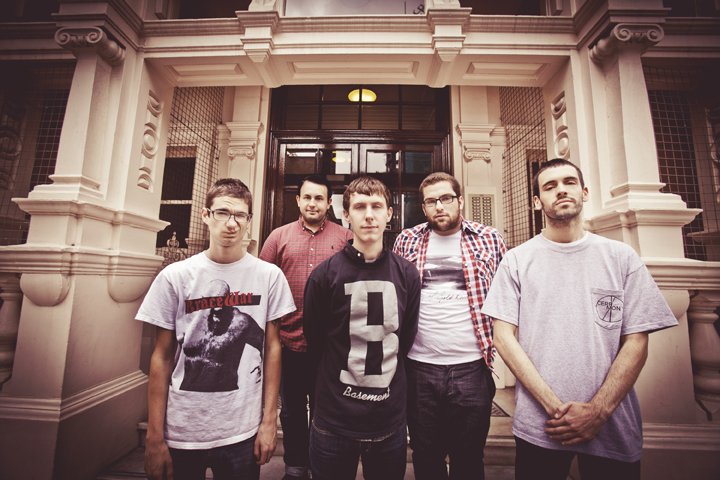 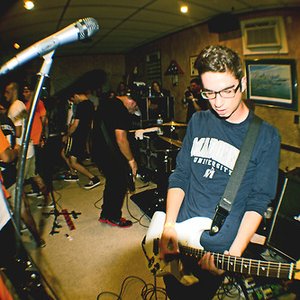 1- Man Overboard is an American rock band from Mt. Laurel and Williamstown, New Jersey that began in 2008. Started as an emo influenced pop-punk band to then later shift to alternative rock/indie rock. Since then, they have released two EP's, an acoustic EP, a split with Boston pop punk band Transit, a compilation of old songs and three full length albums. Taking influence from such pop punk acts as Blink-182, Saves the Day and Taking Back Sunday, Man Overboard play a brand of upbeat and poppy pop punk with the emotion of 90's emo acts such as The Promise Ring. Well known for its motto, "Defend Pop Punk," the band is currently signed to Rise Records.

Man Overboard was formed by childhood friends, Nik Bruzzese and Wayne Wildrick, when they began writing songs together at Nik's Small Hill Studio. Wildrick then invited Zac Eisenstein, who at the time was vocalist of the band The Front Page which Wildrick was also a member of, to sing and play guitar. Justin Mondschein from the band Bangarang! was asked to play drums but after he, and a revolving door of other drummers left, Justin Collier (another member of The Front Page) took over drums full time. The core line up of the band was then completed. They entered the studio in 2008 to record their debut EP, Hung Up on Nothing. The band then went on a nationwide tour to promote the now out of print EP.

In November 2009, they signed with Run for Cover Records where they released a three song digital EP entitled, Dahlia, which was produced by Jesse Cannon. This was followed by a split with good friends, Transit, in December 2009.

In 2010, the 10 track compilation entitled, Before We Met: A Collection of Old Songs, featuring songs from Hung Up on Nothing was released on Panic Records in February. The band then released an acoustic EP on Run for Cover, Noise from Upstairs in March. But perhaps their most acclaimed work to date was their debut album, Real Talk. Released on CD, vinyl and digital format on July 20 on Run for Cover Records. The album picked up a favorable review from Absolute Punk who called it "the pop punk album of the summer", Amp Magazine calling it "A 5 star, 10 out of 10 release. A must pick up listen in every respect" and Australian website Killyourstereo calling it "the best pop punk album of 2010" and rating it 98 out of 100. On the back of Real Talk, Man Overboard have toured the US with such bands as The Wonder Years, The Swellers, Fireworks and Transit and Europe with Senses Fail, The Ghost Inside, Transit and All or Nothing.

Founding member and guitarist Wayne Wildrick left the band in August 2010 due to personal reasons. Then-drummer Justin Collier replaced Wildrick on guitar and Mike Hrycenko (who was also in The Front Page) joined on drums.

In December 2010, Man Overboard signed with Rise Records and announced they will release their sophomore full-length with Rise as well as Run for Cover in 2011. Prior to releasing the album, the band will put out another compilation LP on Run for Cover entitled The Human Highlight Reel, that features Dahlia, Noise from Upstairs, Real Talk B-Sides, a "Promise Ring" cover and two brand new songs as well as a new 7 entitled The Absolute Worst on Rise on February 22, 2011.

In April 2011, Wayne Wildrick rejoined the band and stated that his reason for his departure in 2010 was down to anxiety. He played his first performance back at Bamboozle, and the band continued as a 5 piece.

In August 2011, they announced that their new album would be self-titled and will be released on Rise Records on September 27. They also released the track listing and album artwork.

It was confirmed in July 2011 that the band was added to the opening act of the Pop Punks Not Dead Tour this Fall headlined by New Found Glory. Other opening acts include Set Your Goals, The Wonder Years, and This Time Next Year.

In December 2011, Man Overboard acted as direct support for The Early November on several of their reunion shows in the Eastern United States.

For the first half of 2012, Man Overboard will be touring the United States and Europe, with many different bands, including Trapped Under Ice, The Story So Far, Save Your Breath, and Handguns.

Drummer Mike Hrycenko did not join Man Overboard for their performance at the Pop Punk The Vote Tour.

Man Overboard have announced that they have parted ways with Mike Hrycenko during the PPTV tour. He left on good terms, stating he was pursuing a college degree.

2- Man Overboard is an english jazz combo: swing and gypsy jazz.
Leading this stunning band are violinist, Thomas Gould and star of London swing, clarinetist Ewan Bleach. This great partnership is complemented by the unique voice of Louisa Jones and a hot rhythm section with Jean-Marie Fagon on guitar and Dave O’Brien on the double bass.
http://www.youtube.com/watch?v=jPNo7ayQGIM