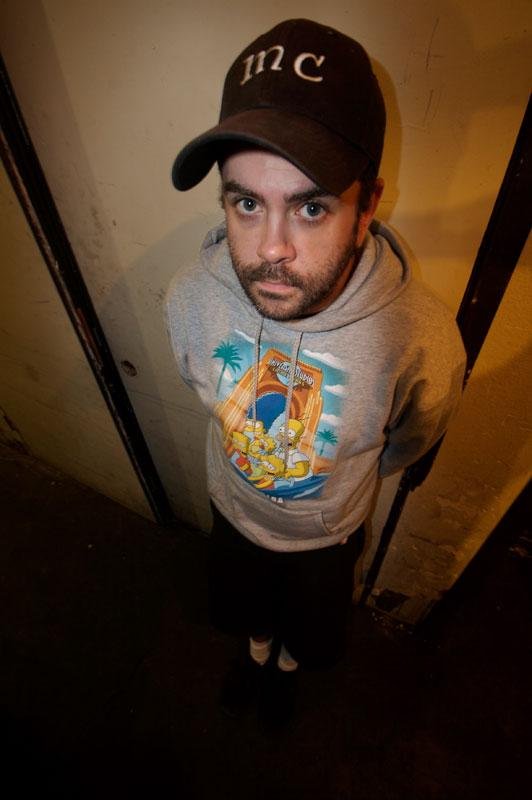 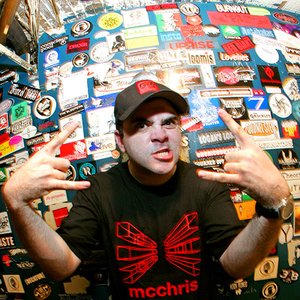 Chris Ward, otherwise known as mc chris (always free from punctuation and capitalization), is a voice actor, rapper and improvisational comedian born September 2, 1975, in Libertyville, Illinois. His trademarks include the synthesis of his "geek" heritage with the "gangster" image associated with hiphop artists, and the high pitch of his voice, celebrated in his 2003 song "10 Year Old" (likening his voice to a child of ten years age).

He has appeared on many of Williams Street Studios' shows on Adult Swim, most notably Aqua Teen Hunger Force (as the crude and often misguided MC Pee Pants) and Sealab 2021 (in some bit parts, consistently recurring as the also crude and often misguided Hesh), and a part in The Brak Show. He also wrote for Sealab 2021 and The Brak Show, and later lent a track to the online music game Flash Flash Revolution.

Chris has released ten albums, the first of which is downloadable for free on his website. The albums are:
Life's A Bitch and I'm her Pimp
Knowing is Half the Hassle
Eating's Not Cheating (Re-Released in 2005 with additional tracks)
Dungeon Master of Ceremonies
mc chris Is Dead
Part Six Part One/Two/Three
Marshmellow Playground
Race Wars
Foreverrr
mc chris is dreaming

He completed several successful tours across the U.S. In October of 2004, he announced his resignation from Cartoon Network to the public on his blog to focus on his recording career (roughly halfway through the entry), but has said that he is willing to return to William Street when needed. He has since toured throughout the continental United States in an effort to expose all of America to the growing genre of nerdcore rap. mc chris encourages fans to mix his songs and play their own role in the growth of what is a relatively new genre.

In January of 2006, mc chris was a nominee for Spin Magazine's "Band of the Year" contest at Spin.com. But after gaining an over 20% margin in his first round battle with Demander, the voting was suspiciously shut down "for maintenance" and when it came back online Demander had been declared the winner. Demander has since denounced the results.