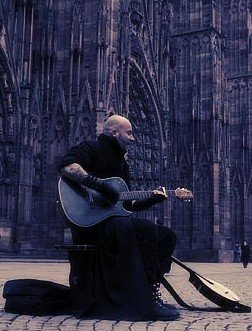 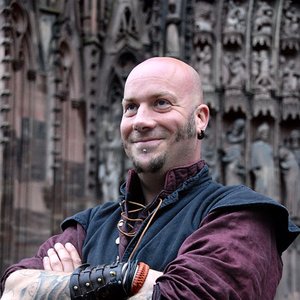 Luc Arbogast´s music is inspired by medieval France and the farming tradition and unites melancholy and spirituality. In his songs he sometimes refers to Cantiguas Santa Maria and songs of Walter von der Vogelweide, Hildegard of Bingen, or William of Machault.
What is special about his music is his variable singing voice. The countertenor Arbogast sings most of his songs in a very high, clear voice, which is in stark contrast to his outward appearance which possibly accounts for his particular fascination. In his appearances he accompanies himself with an Irish bouzouki.