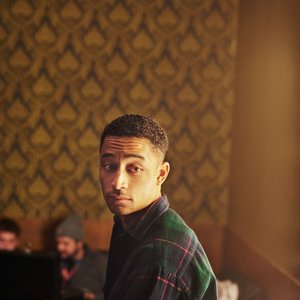 Loyle Carner is an emcee from South London has been causing quite a stir following the release of his debut ‘A Little Late’ EP in September of last year. All but one track on the EP was produced by Loyle’s right hand man and live partner Rebel Kleff. The two of them create reminiscent old school hip hop with their own UK and modern influences.

After first appearing in 2013 on Rejjie Snow’s ‘Rejovich’ EP on track ‘1992’, Loyle’s name started to make the rounds, not least to mention the track being picked up by Majestic Casual and has racked up over 700k views to date. Following the release of the ‘A Little Late’ EP, Loyle has gone on to work with the likes of Kate Tempest, Maverick Sabre, Tom Misch and multiple others, all in preparation for releases in 2015.

With two successful UK tours now under his belt with Joey Bada$$ and Atmosphere, Loyle is set to make some serious moves on the UK circuit and abroad, with strong support coming from all over Europe, the US and Australia. Support in the UK has come from all areas, being championed on Radio 1Xtra by DJ Semtex and Phil Taggart, Huw Stephens and Lauren Laverne at Radio 1. His latest single with Kate Tempest was added to 6Music’s B-list and then bumped up to the A-List immediately after a week and has not stopped being played.

In hugo, there’s a central question that Loyle Carner keeps coming back to: “I’m young, Black, successful and have a platform - but where do I go next?” The answer is explored in this epic scream of a third album. With urgent delivery and gloriously widescreen production, Carner confronts both the deeply personal (“You can’t hate the roots of a tree, and not hate the tree. So how can I hate my father without hating me?) and the highly political (“I told the black man he didn’t understand I reached the white man he wouldn’t take my hand”).