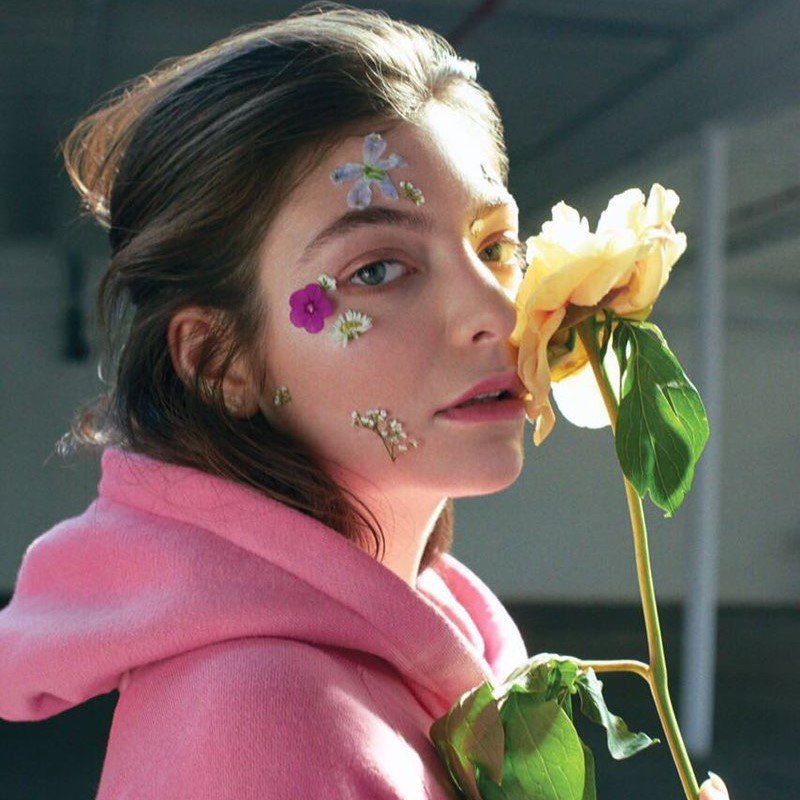 Ella Marija Lani Yelich-O'Connor (born 7 November 1996 in Auckland, New Zealand), known professionally as Lorde, is a New Zealand singer-songwriter. Taking inspiration from aristocracy for her stage name, she is known for employing unconventional musical styles and introspective songwriting. Lorde's music is primarily electropop and contains elements of subgenres such as dream pop and indie-electro.

She released her first EP, The Love Club EP, in March 2013, and her first single, Royals, in June 2013. Her debut album, Pure Heroine, was released on September 27, 2013, and was followed by Melodrama in 2017. She chose her stage name due to her fascination with "royals and aristocracy".

At the age of 12, she was spotted by A&R scout Scott Maclachlan when he saw her singing in a video of a talent show at her school, Belmont Intermediate. Later, when Yelich-O'Connor was 13, Maclachlan signed her to Universal Music and, at the age of 14, she began working with their songwriters in 2012.

Officially released digitally in March 2013 and on CD in May 2013, The Love Club EP features five songs, including the number one hit "Royals". On May 27 2013, "Royals" was covered on national television on the New Zealand version of The X Factor by all-girl group Gap 5, mentored by Melanie Blatt of the All Saints. "Royals" debuted as a single at number 1 on the New Zealand Top 40 on 15 March 2013 and remained in the top position for three weeks. In the U.S. it peaked at number 1 on the Hot 100 and number 1 on both the Alternative charts (making Lorde the first female artist since Tracy Bonham to reach the top) and number 1 on the Rock charts, making her the first female artist to top the charts as a lead singer.

On 8 May 2013, The Love Club EP debuted in the number 2 position on the album chart. In August 2013, Lorde became the first woman to top the Billboard Alternative Songs chart in the United States since Tracy Bonham in 1996. Following the release of "Royals" in the United States in June 2013, 85,000 copies were sold during a single week in July. In a subsequent interview, Lorde stated, "I had a sneaking suspicion that it might do all right". In November 2013, her song "Everybody Wants to Rule the World" was included on the soundtrack of the movie "The Hunger Games: Catching Fire" along with tracks from Coldplay, Sia, The Weeknd, Christina Aguilera, Of Monsters and Men, and Imagine Dragons among others.