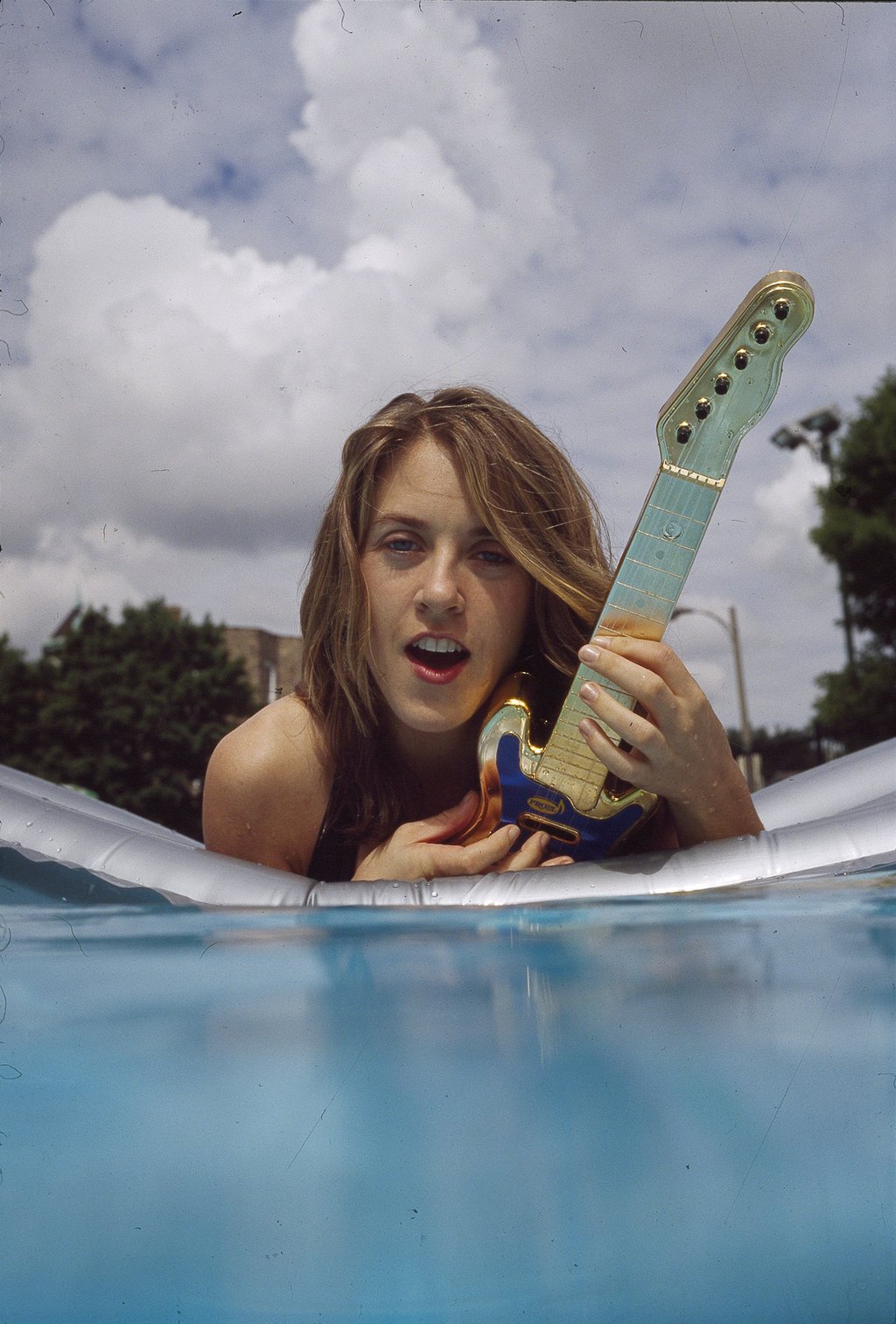 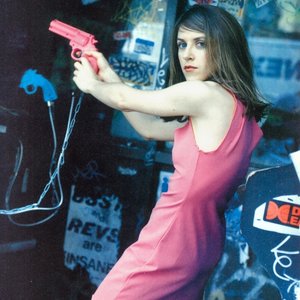 Liz Phair (born Elizabeth Clark Phair on April 17, 1967 in New Haven, Connecticut) is an American singer-songwriter and guitarist. She was a cornerstone in the underground early '90s indie rock movement for her songcraft and DIY ethics. Her sound developed at the turn of the century into something more akin to pop or adult contemporary.

Phair's entry into the music industry began when she met guitarist Chris Brokaw, a member of the band Come. Brokaw was visiting her San Francisco loft-mate Nora Maccoby when he heard Phair's songs, and encouraged her to record them.

After moving back to Chicago, Phair began writing songs and recording homemade tapes under the name Girly Sound, and supported herself by selling her drawings on the streets of Chicago. She soon became a part of the alternative music scene in Chicago and became friends with Material Issue and Urge Overkill, two of Chicago's upstart bands to go national in the early 1990s, as well as Brad Wood and John Henderson, head of Feel Good All Over, an independent label in Chicago. (A later attempt at re-recording the Girly Sound tapes failed after arguments between Henderson and Phair.)

After asking Wood who the "coolest" indie label was, Phair called up Gerard Cosloy, co-president of Matador Records, in 1992 and asked him if he would put out her record. Coincidentally, Cosloy had just read a review of Girly Sound in Chemical Imbalance that very day and told Phair to send him a tape. Phair sent him a tape of six Girly Sound songs. Cosloy recalls: "The songs were amazing. It was a fairly primitive recording, especially compared to the resulting album. The songs were really smart, really funny, and really harrowing, sometimes all at the same time." "I liked it a lot and played it for everybody else. We usually don't sign people we haven't met, or heard other records by, or seen as performers. But I had a hunch, and I called her back and said O.K."

Cosloy offered a $3,000 advance, and Phair began working on a single, which turned into the 18 songs of Exile in Guyville.

Exile in Guyville was produced by Brad Wood and released in 1993. The album received uniformly excellent reviews. The album received significiant critical acclaim for its blunt, honest lyrics and for the music itself, a hybrid of indie rock and pop. The album established Phair's penchant for exploring sexually explicit lyrics such as in the song "Flower": "I want to be your blow job queen/…I'll fuck you and your minions too." By contrast, her trademark low, vibrato-less voice gave many of her songs a slightly detached, almost deadpan character. The combination of these factors won Phair many dedicated fans. She also had several detractors, especially in her hometown of Chicago; in particular, veteran producer Steve Albini was involved in a war of words reflected in Chicago's free newsweekly, the Chicago Reader. Albini wrote an angry response to an article, entitled "Not From the Underground: 1993 in Review", that discussed how Phair and several other artists had given an "explicit rejection of much of the insularity that increasingly characterizes underground music". Albini identified the aforementioned artists as "pandering sluts" and said Phair was the modern Rickie Lee Jones, "more talked about than heard, a persona completely unrooted in substance, and a fucking chore to listen to."

Hoping to capitalize on the acclaim for her debut album, the release of Phair's second album received substantial media attention and an advertising blitz. Whip-Smart debuted at #27 in 1994 and "Supernova", the first single, became a Top Ten modern rock hit, and the video was frequently featured on MTV. The album received mixed reviews, and although it was certified Gold, it ultimately did not sell as well as expected, as it was hoped this album would introduce Liz Phair in the mainstream scene. Following Whip-Smart, Phair released Juvenilia, a collection of some early Girly Sound tracks and several B-sides, including her cover of the 80s classic by The Vapors, "Turning Japanese".

Phair's third album, titled whitechocolatespaceegg, was finally released in 1998 after some delays, which included a disagreement about content; at one point, the label rejected the album as submitted, and asked Phair to write a few additional radio-friendly songs for the set. The album displayed a more mature Phair, and reflected some of the ways marriage and motherhood affected her. The single "Polyester Bride" received some airplay, but the album was only as successful as her previous records.

In 2003, her self-titled fourth album was released on her new label, Capitol Records. Phair had not released an album in several years; she had been working on her record, as well as making guest appearances on other tracks (she lent backing vocals to the Sheryl Crow hit "Soak Up the Sun").

Initially, Phair worked on several album tracks with songwriter Michael Penn as the producer. When she submitted the finished Penn-produced album to Capitol, the label gave it a lukewarm reception. Having already exhausted her recording budget, label president Andy Slater offered Phair more money to record only if Phair agreed to work with the production team known as The Matrix to come up with some singles for the album. Phair's collaboration with the Matrix resulted in only four songs, but much of the media attention focused solely on the Matrix-produced tracks, which were a departure from her earlier work. The album received many negative reviews, especially from the independent music press, who accused Phair of "selling out" by making the record very pop-oriented.

Liz Phair garnered some commercial attention and seemed to propel Phair out of the "alternative-chick" category and closer to the pop charts. The debut single "Why Can't I?", co-written by The Matrix, did reach the Top 40 charts in North America, and its follow-up, "Extraordinary," was also somewhat successful: it appeared on the soundtrack to the 2004 movie Raising Helen and was the promotional theme for the 2004 Women's NCAA Basketball Tournament, and, in March 2007, the song began appearing in Gatorade television advertisements. Phair continued to flirt with sexually explicit themes, however, as was most evident in a track called "H.W.C.", standing for "Hot White Cum".

Somebody's Miracle, Phair's fifth album (and second album for Capitol), was released on October 4, 2005. The album returned to a more traditional rock sound, mixing the mood of Phair's earlier work with a more mellow sound. The album received mixed reviews, and was not a chart success.