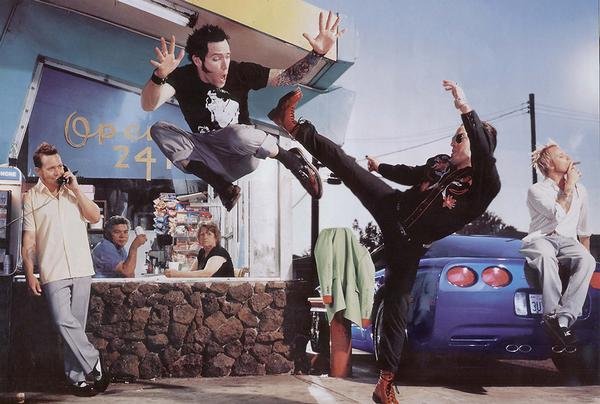 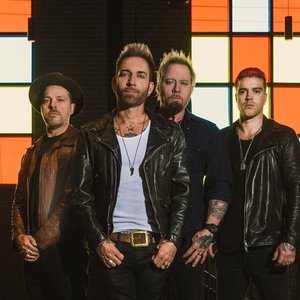 Lit is the name of more than one artist:
1) Lit, a pop punk/alternative rock band
2) LIT, alias of the DJ Alex Roan

Lit is a pop punk/alternative rock band, based in Fullerton, California, United States. They had several hits singles in the 1990s and early 2000s including My Own Worst Enemy, Miserable, Zip-Lock, Over My Head, Lipstick and Bruises, Addicted, Looks Like They Were Right and Times Like This.

The band was formed in 1990 as a metal-oriented band, under the name "Razzle", and gained a large following. A few years later, the group changed its name to "Stain", but due to another band owning the name, it changed its name to "Lit" in 1996. The group shot to stardom with the platinum album A Place in the Sun in 1999. A Place In The Sun yielded the smash single "My Own Worst Enemy," which held the number one position for three months, and received a Billboard Music Award for the biggest Modern Rock Song of 1999. It was followed by "Zip-Lock" (which featured Blink-182) and "Miserable", the latter of which was among the top ten most played songs of 2000 and famously featured Pamela Anderson in the video. The band performed over 286 shows and toured worldwide in support of A Place in the Sun. In addition to the Vans Warped Tour and a coveted slot on Woodstock 1999, the band toured with The Offspring, Garbage, and No Doubt.

Lit followed up A Place in the Sun with the 2001 release of Atomic which gave the band another Top 10 hit with "Lipstick And Bruises"; the album wasn't as successful as "A Place In The Sun". Lit toured to support Atomic with Kid Rock, and Butch Walker. The group asked to be released from their contract with RCA Records shortly after the release of Atomic due to RCA firing Lit's RCA label representative the day of Atomic's release. Lit went on a small, intimate club tour that Fall before releasing the self-titled Lit on the DRT Entertainment label on June 24, 2004. The single "Looks Like They Were Right" made it on the top 40 charts but the album was again largely unsuccessful due to lack of promotion on the label's behalf. That year the group also put out its first long-form DVD called "All Access" on November 16, 2004.

In March 2006, "The Slidebar" restaurant/bar opened in Fullerton, California, of which the band are co-owners.

It was announced on May 5, 2008, that Lit's drummer Allen Shellenberger was diagnosed with a malignant brain tumor.

On July 26, 2008, Lit held a benefit for Allen at House Of Blues in Anaheim, CA. A number of bands performed including Sugar Ray and Handsome Devil. No Doubt drummer Adrian Young filled in for Allen on the drums for a few songs. Allen and Adrian also played at the same time for a few songs as well. The show was a great success.

On August 14, 2008, A. Jay and Allen were featured on DJ Rossstar's online show, there the band revealed they were working on "a few new ones." Although the band had not announced anything in regards to a new album release any time soon.

In April 2010 during an interview with OC Talk Radio, Lit hinted they were currently talking with and would return to a major label for their next release. They also revealed they were working on a new management deal as well as performing new material live.

On September 24, Lit had formally revealed on their Facebook page that they were in fact working on a new album. More so, they had already hit the studios and recorded new material. Click the link above for a statement of Bass player Kevin Baldes.

Sadly, in August 2009, drummer Allen Shellenberg passed away due to brain cancer. Shellenberger was only 39 years old.

The band issues this statement:

"To know Al was to know laughter. He had a heart of gold and would do anything for anyone. Words cannot begin to express how much he will be missed. This was our brother and not a day will go by that we won't think about him. Right now we're trying to find the balance of mourning his loss and celebrating his life. Allen has experienced more in his 39 years than most people dream of in ten lifetimes. This is a tremendous loss for us, our fans, and also for Allen's family who took such good care of him during his battle with cancer."

Spirits left in ruins, still A. Jay, Jeremy and Kevin found the wherewithal to make the music. With the help of a new drummer, Nathan Walker and guitarist/keyboardist Ryan Gillmor, the band stepped into the studio less than a year later and would bro down for the tracking with artist/producer Butch Walker in 2011, who had recently helmed records by Panic! At The Disco, Avril Lavigne and Weezer, along writing credits on countless hits. Lit emerged victorious and not worse for the ware with a handful of brilliant new songs.

The body of work, a sixth album appropriately titled, The View From The Bottom, mixed by Joe Zook (Katy Perry, The Hives, One Republic, Pink) tangibly tells the story of Lit's in between days with tracks like, "The Broken" and most poignantly, "Here's To Us," but the new record is not without its lighter, Big Rock Moments- reference the absolutely monolithic kick-starter, "C'mon" and the equally tremendous "You Tonight," co-written by Marti Frederiksen whose collabs include Aerosmith, Ozzy Osbourne, Mick Jagger, and Carrie Underwood among others, not to mention the glam stomper, "Same Shit, Different Drink," (co-written with Walker).

The View From The Bottom is the unmistakable sound of a great rock band getting on with it and doing so with reverence for those they've lost, a healthy modicum of danger, and not to mention, a sense of fun.

The View from the Bottom will be released on June 19th.
It will be supported by a North American tour, including the Summerland tour.
See a list of all tour dates here.