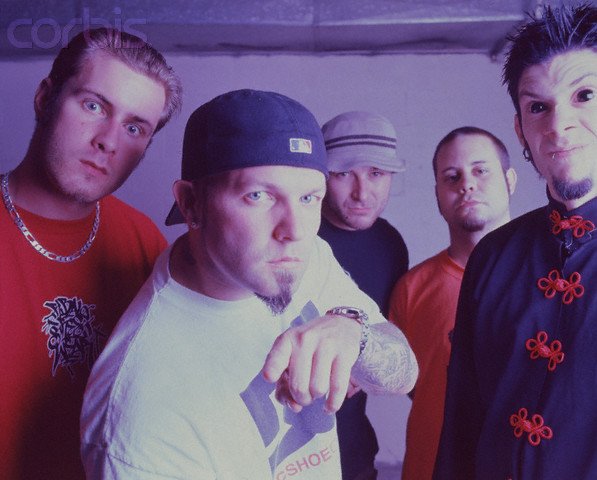 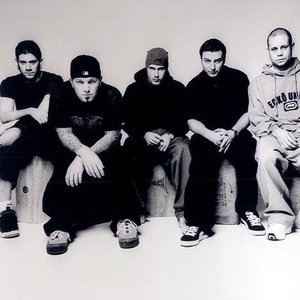 Formed in 1994, Limp Bizkit became popular playing in the Jacksonville underground music scene in the late 1990s, and signed with Flip Records, a subsidiary of Interscope, which released their debut album, Three Dollar Bill, Y'all$ (1997). The band achieved mainstream success with their second and third studio albums, Significant Other (1999) and Chocolate Starfish and the Hot Dog Flavored Water (2000), although this success was marred by a series of controversies surrounding their performances at Woodstock '99 and the 2001 Big Day Out festival.

Borland left the group in 2001, but Durst, Rivers, Otto and Lethal continued to record and tour with guitarist Mike Smith. Following the release of their album, Results May Vary (2003), Borland rejoined the band and recorded The Unquestionable Truth (Part 1) (2005) with Durst, Rivers, Lethal and drummer Sammy Siegler before entering a hiatus. In 2009, the band reunited with Borland playing guitar and began touring, culminating with the recording of the album Gold Cobra (2011), after which they left Interscope and later signed with Cash Money Records. In 2014, a sixth studio album, Stampede of the Disco Elephants, was to be released but remained in development hell. Eventually, a new album called STILL SUCKS was recorded with all of the original band members and released digitally only in October 2021.

Fred Durst grew up in Jacksonville, where he took an interest in breakdancing, hip hop, punk rock and heavy metal. He began to rap, skate, beatbox and deejay. While mowing lawns and working as a tattoo artist, he developed an idea for a band that combined elements of rock and hip hop. Durst played with three other bands, Split 26, Malachi Sage, which were unsuccessful, and 10 Foot Shindig, which Durst left to form a new band. Durst told Sam Rivers, the bassist for Malachi Sage, "You need to quit this band and start a band with me that's like this: rappin' and rockin'." Rivers suggested that his cousin, John Otto, who was studying jazz drumming at the Douglas Anderson School of the Arts and playing in local avant garde bands, become their drummer. Durst, Rivers and Otto jammed and wrote three songs together, and Wes Borland later joined as a guitarist.

Durst named the band Limp Bizkit because he wanted a name that would repel listeners. According to Durst, "The name is there to turn people's heads away. A lot of people pick up the disc and go, 'Limp Bizkit. Oh, they must suck.' Those are the people that we don't even want listening to our music." Other names that were considered by Durst included Gimp Disco, Split Dickslit, Bitch Piglet, and Blood Fart. Every record label that showed an interest in the band pressured its members to change its name. Limp Bizkit developed a cult following in the underground music scene, particularly at the Milk Bar, an underground punk club in Jacksonville. The band's local popularity was such that Sugar Ray, who had a major label contract, opened for a then-unsigned Limp Bizkit at Velocity with hip hop group Funkdoobiest. Milkbar owner, Danny Wimmer, stated that Limp Bizkit "had the biggest draw for a local band. They went from playing ten people to eight hundred within months. Fred … was always marketing the band. He would go to record stores and get people involved, he was in touch with high schools." However, the band knew that to achieve national success, they would have to distinguish themselves in their live performances. Attracting crowds by word of mouth, the band gave energetic live performances, covering George Michael's "Faith" and Paula Abdul's "Straight Up", and featuring Borland in bizarre costumes. Borland's theatrical rock style was the primary attraction for many concert attendees.