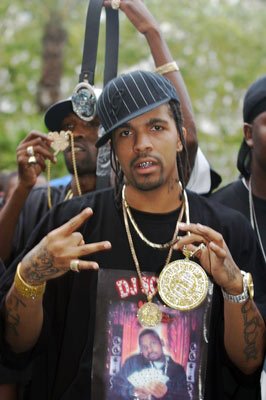 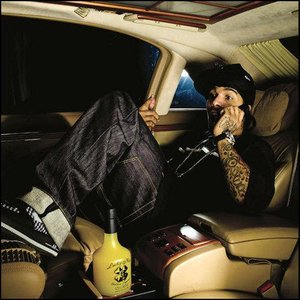 Wesley Eric Weston, Jr. (born March 3, 1981), better known by his stage name Lil' Flip, is a multi-Platinum American rapper. He is known for his freestyle ability and claims to have been on 1000 mixtapes.

Lil' Flip's career was launched when he released his first album "The Leprechaun". The album quickly gained national attention and spawned the hit single "I Can Do That". The album sold over 100,000 copies regionally and gained attention from Def Jam South, A & R, and well-known Houston rapper Scarface. He was briefly signed to Def Jam, but abruptly left the label a few years later after concerns about his financial earnings. He soon signed to Loud Records and began recording his first national debut album.

While recording his album, he was apparently shot by unknown assailants in a drive-by shooting. He survived the attack and pressed on to finish the album. At the age of 20, Lil' Flip released his sophomore album "Undaground Legend", his first nationally released album, which included the hit single "The Way We Ball" and a remix to his hit "I Can Do That". The album reached platinum status even though it didn't get much promotion from Loud Records.

Lil' Flip recorded his third album "U Gotta Feel Me" on Sony Records. This album was more commercial and featured Ludacris, Three 6 Mafia, and others. The album debuted at #4 on the Billboard Hot 100 chart and #3 on the Hip-Hop/R&B charts. It quickly became a crossover success with the Billboard Hot 100 Top 20 single "Game Over". The single used the Namco Pac-Man beat and the video showed Lil' Flip getting a tattoo while rapping to the single. The single reached #1 on the hip-hop charts. His follow-up single, the lover's anthem "Sunshine" featuring Lea, became the second hit single on Lil' Flip's album and went to #2 on the Billboard Hot 100. It gained numerous requests on MTV 2 and BET. The album was certified double platinum.

Lil' Flip is known for his unique screwed style of freestyling (a form of slowed down rap technique) and for always releasing double disc CDs whenever he releases an album. He credits all of his success to the late DJ Screw and has tattooed DJ Screw's name on his arms. Lil' Flip has been credited for his lyrics by Three 6 Mafia, David Banner, Fam-Lay, Young Buck, UGK, Ludacris, among others. He has announced himself as the "King of The South" and the "Freestyle King".