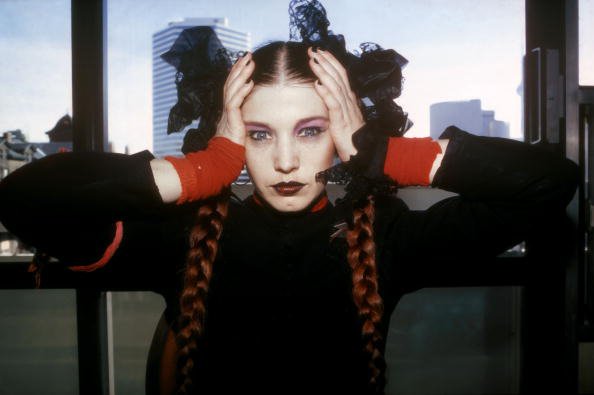 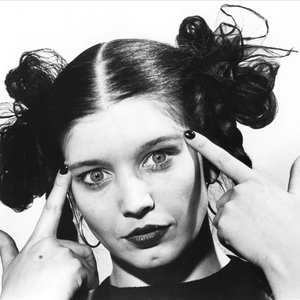 Lene Lovich (born Lili-Marlene Premilovich on March 30, 1949) is an American artist of Serbian and British parentage, best known for her new wave and post-punk inspired singles such as "Lucky Number" and "New Toy". Lovich met the guitarist/songwriter Les Chappell, who became her longtime collaborator, when they were teenagers. Born in Detroit, Michigan to a British mother and a Serbian father, her father became mentally unstable, and her mother took her and her three siblings to live in Hull, England.

In late 1968, Chappell and Lovich went to London, England to attend art school. It was there that Lovich first tied her hair into the plaits that later became a visual trademark, though at first she did it to keep her hair out of the clay when studying sculpture. Expressing a variety of artistic interests, she sought to find the best outlets for her work.

Over the following decade, Lovich attended several art schools, busked around the London Underground and appeared in cabaret clubs as an "Oriental" dancer. She also travelled to Spain, where she visited Salvador Dalí in his home. She played acoustic rock music around London, sang in the mass choir of a show called Quintessence at the Royal Albert Hall, played a soldier in Arthur Brown's show, worked as a "go-go" dancer with the Radio One Roadshow, toured Italy with a West Indian soul band, and played saxophone for Bob Flag's Balloon and Banana Band and for an all-girl cabaret trio, The Sensations. She recorded screams for horror films, adapted lyrics for French disco star Cerrone (including the sci-fi dance smash "Supernature," later recorded by Lovich in her own version) and worked with various fringe theatre groups. She was also one of thousands of people in the audience at the 1972 Lanchester Arts Festival when Chuck Berry recorded the risqué "My Ding-a-Ling" for Chess Records. As the audience was encouraged to sing-a-long technically this could be described as her first appearance on record. The record was a No. 1 hit in the UK and the US.

In 1975, Lene joined The Diversions, a funk group that put out five singles and an album on Polydor Records without success. In 1978, disc jockey and author Charlie Gillett presented her to Stiff Records boss, Dave Robinson, who quickly signed her to a contract. Her first single for Stiff was "I Think We're Alone Now", a cover of a song originally performed by Tommy James & The Shondells.

Invited to join the Be Stiff Route 78 Tour on 1978, Lovich quickly recorded her first album for Stiff, Stateless, which spawned the remixed hit singles "Lucky Number" and "Say When." Lovich's musical style combined ethnic influences with then current punk rock and new wave.

Maintaining her long term writing partnership with Les Chappell, Lovich recorded the albums Flex and No-Man's-Land for Stiff over the next few years, as well as an EP titled New Toy, the title cut penned by touring band member Thomas Dolby. She also recorded vocals for the track 'Picnic Boy' by The Residents. Following her departure from Stiff, Lovich released "Don't Kill The Animals," a single with Nina Hagen, with whom she had previously appeared in Cha Cha, a film that also starred Herman Brood; together, the three created the film's soundtrack.

In 1989, after an absence of several years, she recorded the album, March which was only moderately successful and was not released until nearly a year after the album's single "Wonderland" had been issued and become an American dance hit. Lovich continues to perform in much the same style she did back in the 1970s and 1980s, with Les Chappell still at her side. In 2005 she appeared on Hawkwind's Take Me to Your Leader CD, as well as appearing occasionally on stage with them.