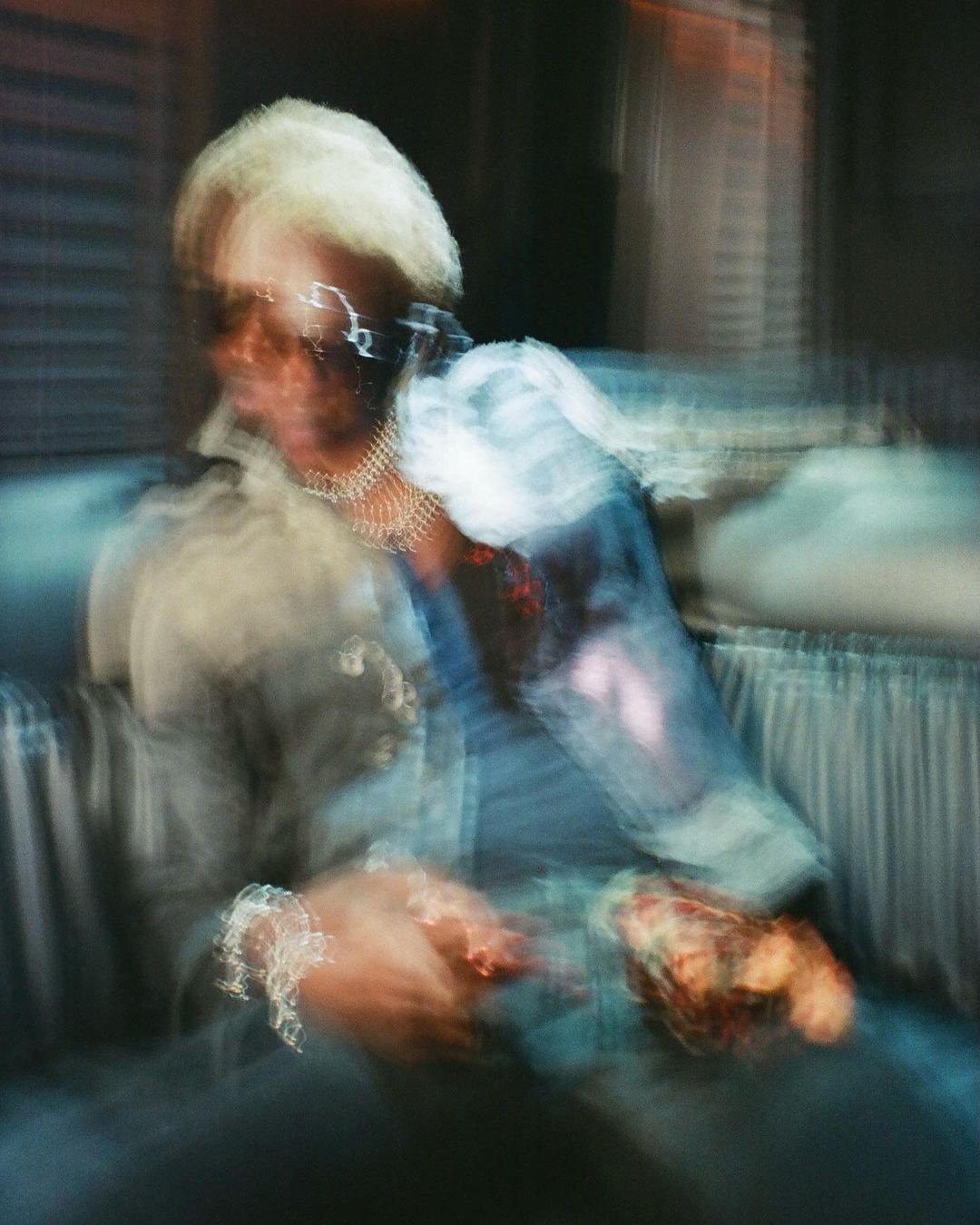 Lance Omal (born 30 November 1995), better known by his stage name Lancey Foux is an English rap recording artist from Plaistow, Newham, East London. He has gone by aliases such as Cultcaine, Psykeman, etc.

Lancey began his music career in 2015 by freestyling over YouTube beats from his bedroom which eventually led to him accidentally finding his way to a studio through a friend. In the same year, he released his debut studio album "Pink" on September 9th. Two weeks later, he dropped his local breakthrough hit “About It”. After a few performances (such as the SBTV cookout), and multiple solo and collaborative singles released on SoundCloud, he released his sophomore studio album "TEEN SKUM" on November 29th. After two years of releasing more SoundCloud singles, he released a collaborative studio album "First Day at Nursery" with English producer Nyge.

By early 2018, Lancey raised his profile and found a more distinctive sound with “Too Far Alive”. He released “Pink II”, the sequel to his debut album, three months later, which featured Skepta on “Dyed 2WICE”. He soon joined Skepta’s Europe tour. After catching more attention, he performed at Rolling Loud and modeled for Jordan, A-Cold-Wall, Misbhv, Trapstar, and Naomi Campbell’s 2019 Fashion for Relief Gala, among other brands.

On December 6th, 2019, He released his project “FRIEND OR FOUX”, featuring numerous artists such as Bakar, Juvie, Skepta, Clairo, etc. The lead single “INDIA” has garnered millions of streams throughout platforms. After selling out his first headline show at O2 Islington, collaborating with artists such as TM88 and Juvie, he was scheduled to go on an upcoming European tour but was stopped prematurely due to the pandemic.

In 2020, Lancey was featured on Ken Carson’s EP “Boy Barbie”, and released a pair of singles, “TIME FOR WAR !i” and “RELAX !i”. Continuing to collaborate with artists such as Working on Dying and modeling for Wonderland and Givenchy, he released his track “RIO FREESTYLE”.Lancey Foux announced the title of his highly-anticipated album “LIFE IN HELL” on his birthday, November 30th. Lancey dropped the single, “Poison” featuring Bakar and released his solo single “Steelo Flow”.

In 2021, Lancey would release two tracks “DONT TALK” and “HONEST”, then followed by his mixtape “FIRST DEGREE”, featuring artists such as Skepta and Matt Ox. Following a “Fire in the Booth” appearance, collaborations with artists such as C3llyPizzaz, Dagye, Danny Seth, Gab3, Santino Le Saint, and Mowalola would follow. In November 2021, “LIVE.EVIL” was released, his second mixtape for the year, along with high-profile features from Lil Yachty and 24kGoldn.

Coming into 2022, Lancey would include early-year features with Johan Lenox, KayCyy, and Tunji Ige. In March, his single “Cooler Than Me” was released, followed by his feature on Yeat’s “Luv Money”. Performing festivals and shows during the summer, further notable features have followed with Stay Flee Get Lizzy’s “Simple” and Tana’s “swaggin like this”. Later into the fall, Lancey Foux announced further tour dates and teased his highly anticipated album “LIFE IN HELL” to be released before the end of the year.