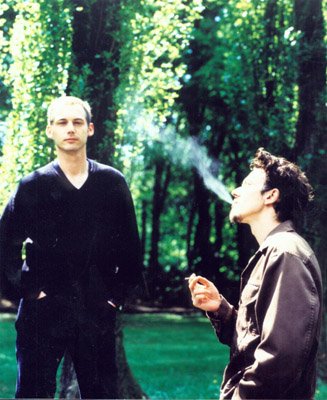 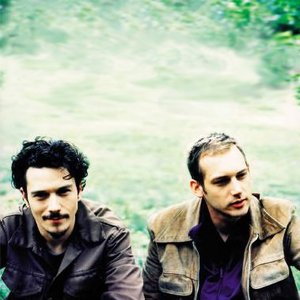 Peter Kruder and Richard Dorfmeister are an Austrian duo best known for their downtempo and chillout remixes. Their remixes are often flavoured with bossa nova or jazz sounds and include songs by a wide variety of artists from Bone Thugs-N-Harmony to Depeche Mode and from Roni Size to Madonna.
In 1993 they released the 4-track EP G-Stoned featuring the hypnotic "High Noon" and a cover mimicking Simon & Garfunkel to critical acclaim especially from the UK. Gilles Peterson played the track at first on his famous now called Worldwide-show.
Although they are best known for their remixing work (particularly the ones collected on the 1998 double album The K&D Sessions), the duo has also gained a reputation around Europe for their live DJ performances, and to a lesser extent, their original compositions.

Dorfmeister also works with Rupert Huber under the name Tosca. Kruder released a solo album under the name Peace Orchestra in 1999 and released under the name Voom Voom with two other musicians the album Peng Peng on the label !K7 in 2006.

Kruder and Dorfmeister own their own recording studio, G-Stone Records, which releases some of its own albums, as well as others by Peace Orchestra, Dub Club, and Sugar B..

2010 saw the 16th anniversary of Kruder & Dorfmeister and their record label G-Stone Recordings which resulted in the release of the "Sixteen F**kin Years Of G-Stone Recordings“ compilation and the development of the "K&D Sessions Live“ show. The show included visuals by longtime G-Stone VJ collaborator Fritz Fitzke and MC performances by Earl Zinger and MC Ras T-Weed. With performances at The Big Chill, Berlin Festival and numerous other high profile festivals, the "K&D Sessions Live“ show became an instant success and a world tour ensued.