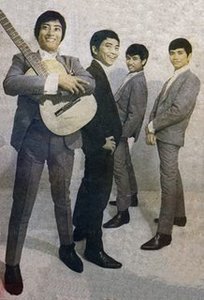 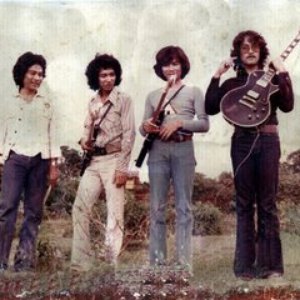 Koes Bersaudara (Koes Brothers) formed in Jakarta, Indonesia in 1960. At the beginning, the group consisted of 5 Koeswoyo brothers – Jon, Tonny, Nomo, Yon and Yok. After their first album was released in 1964, older brother Jon quit reducing the group to a four-piece. Tonny (lead guitarist and songwriter) was the leader of the group with Yon (rhythm guitar) and Yok (bass) handling the vocals along with Nomo on drums.

By 1965, the group started to grow their hair longer, wore high-heeled leather boots, and added Beatles’ songs to their stage show. President Sukarno began waging war against the influence of Beatlemania which had taken hold of the Indonesian popular music scene. Koes Bersaudara was arrested and spent 3 months in prison for performing a Beatles song at a private house party. They were released from jail at the same time General Suhuarto launched his military coup and former restrictions on Western pop music began to be lifted.

By 1967 Koes Bersaudara was back in the studio recording what would become their most challenging music on Dick Tamimi’s Mesra Record label. Nomo left the group in 1968 and after Tonny, Yon and Yok found their new drummer Kasmuri (Murry). Koes Plus was born in 1969 and became the most popular Indonesian band of the 1970s.