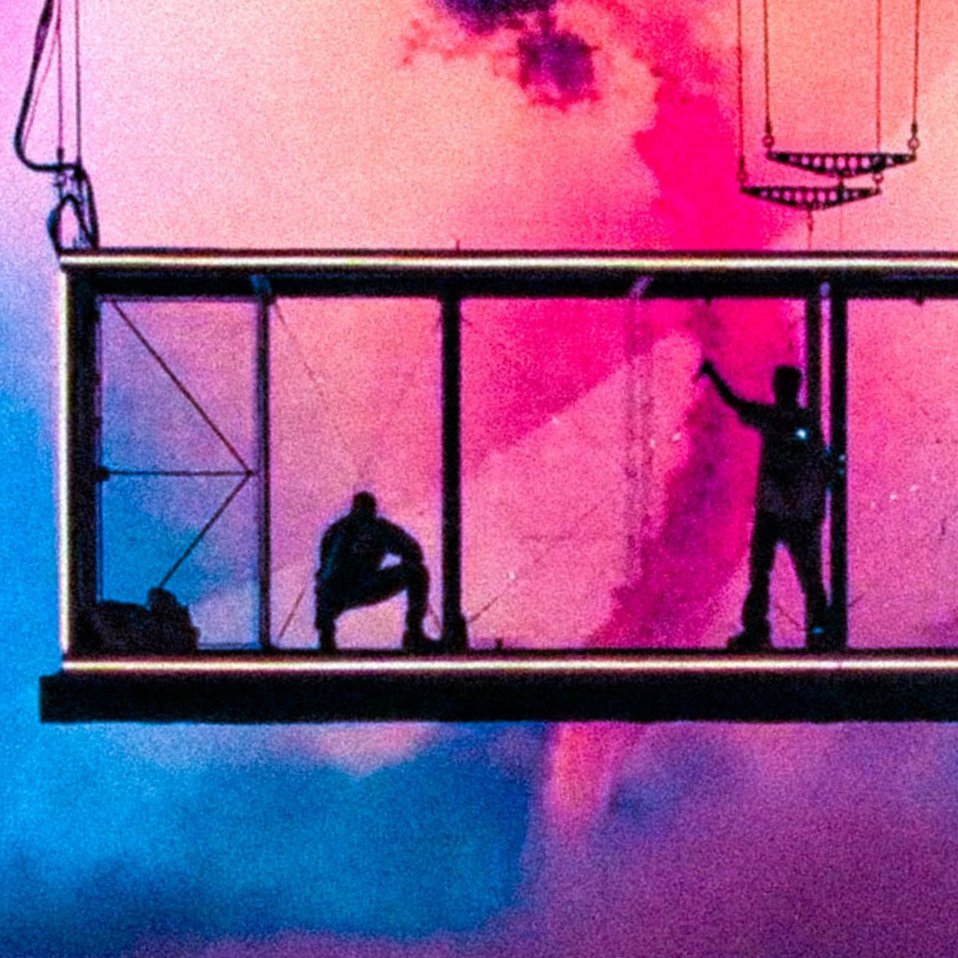 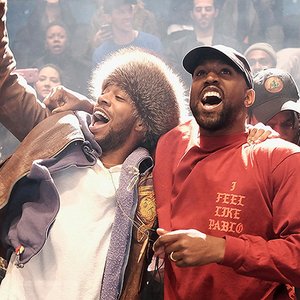 In 2008, then-aspiring artist Kid Cudi caught the attention of rapper-producer Kanye West's A&R at the time, Plain Pat, who had initially met Cudi at a Def Jam meeting and picked up a copy of his demo. Plain Pat went on to introduce Cudi's music to West, subsequently leading West to sign Cudi to his GOOD Music imprint later that year. Following Cudi's signing to GOOD, he began heavily working with West. West first called upon Cudi to reference hooks for American rapper and mogul Jay-Z, and while in the studio Cudi and West went from working on The Blueprint 3 (2009) to West's R&B-Esque fourth solo album, 808s & Heartbreak (2008). Cudi's assistance on the latter includes co-writing credits and/or vocals on "Heartless", "Welcome to Heartbreak", "Paranoid" and "RoboCop". Kid Cudi proved to be a prominent songwriter and featured artist on 808s & Heartbreak, with "Paranoid" and "Heartless" being released as singles respectively, while "Welcome to Heartbreak" charted as an album cut and peaked at number 87 on the Pop 100.

The two continued to work on Cudi's debut album Man on the Moon: The End of Day (2009), with West serving as an executive producer. West had also produced two songs, namely "Sky Might Fall", as well as the Common-assisted third single "Make Her Say", which West is also featured on. Cudi has contributed to every West album since 808s & Heartbreak, with their 2016 effort "Father Stretch My Hands Pt. 1", reaching the Top 40 of the US Billboard Hot 100 chart. After a brief fallout, the two reconnected in late 2016, around the dissolution of West’s Saint Pablo Tour, which ended in him being hospitalized. West abruptly cancelled his Saint Pablo Tour and sought hospitalization for exhaustion in November 2016. West’s only two live appearances since have both been with Cudi, who also sought mental health treatment in the fall of 2016, for performances of "Father Stretch My Hands Pt. 1" in November 2017 and February. West, however, hasn't appeared on one of Cudi’s songs, or worked on any of his albums, since 2010's Man on the Moon II: The Legend of Mr. Rager.

On April 19, 2018, West announced via Twitter that a collaborative album with Cudi would be released in June. He followed the tweet revealing the name of the group, which also serves as the title of their debut album, Kids See Ghosts. On April 22, again via Twitter, West unveiled the album artwork, which was composed by Tokyo-based artist Takashi Murakami. The duo were originally photographed with Murakami in July 2017. On April 25, West revealed the album would be accompanied by a short film, directed by Dexter Navy, a music video director notable for his collaborations with The Neighbourhood and A$AP Rocky.

On June 8, their eponymous debut album was released following a live listening party in Santa Clarita, California. Kids See Ghosts debuted at number two on the US Billboard 200 chart with 142,000 album-equivalent units, of which 79,000 were pure album sales. It serves as West's tenth top-five album and Cudi's sixth top-five album in the United States. All seven tracks on the album debuted on the Billboard Hot 100 chart. The track "Reborn" managed to chart in the Top 40 of the US Hot 100, at number 39.

Cudi revealed in July 2018 that he and West planned to continue releasing music as Kids See Ghosts. "There are some songs that we didn't use that I'm hopeful we can put out later," Cudi explained in an interview with Billboard. "But the plan is to do more Kids See Ghosts albums… We just have this chemistry that's undeniable, especially when we have to fight for it with each other."

The duo made their live debut under the moniker at Tyler, the Creator's Camp Flog Gnaw Carnival on November 11th, 2018. They performed their album in its entirety as well as West's songs "Father Stretch My Hands Pt. 1", "Welcome to Heartbreak", "Paranoid", and "Ghost Town", and Cudi's single "Pursuit of Happiness (Nightmare)".

In 2021, Cudi contributed vocals to the songs "Moon" and "Remote Control pt 2" on West's album Donda. "Moon" debuted at number 17 on the US Billboard Hot 100 chart.

On February 12, 2022, in a note posted to Instagram, West revealed that Cudi would not be on his upcoming album Donda 2 due to his friendship with Pete Davidson. This led to a public falling out between the two artists. On April 19, exactly four years after West announced their debut album, Cudi claimed that his collaboration with West on Pusha T's song "Rock N Roll" would be their last, effectively ending Kids See Ghosts. On Twitter, Cudi wrote, "I did this song a year ago when I was still cool w Kanye. I am not cool w that man. He's not my friend and I only cleared the song for Pusha cuz thats my guy. This is the last song u will hear me on w Kanye."