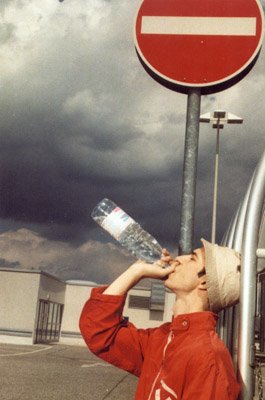 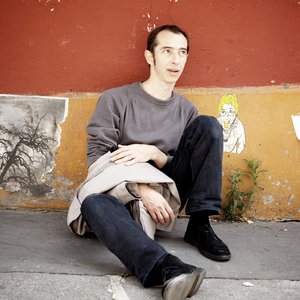 Jean-Yves Prieur, aka Kid Loco is a French electronic musician, DJ, remixer and producer. He was born on June 16, 1964 in Antony, Hauts-de-Seine, France. He began playing the guitar at the age of 13 and played in several French punk groups during the early '80s. He moved on to production as well by the end of the decade, and moved on to reggae and hip-hop with a band named Mega Reefer Scratch. By 1996, Prieur had built his own studio, christened himself Kid Loco and released the Blues Project EP for Yellow Productions. The full-length A Grand Love Story appeared one year later, earning praise from many in the indie-rock and electronica community. A remix album was released in 1998. Prieur also accompanied St. Etienne's Sarah Cracknell for a rendition of "The Man I Love" from the Gershwin tribute Red Hot - Rhapsody, and has remixed Stereolab, Pulp, Mogwai, the High Llamas, Dimitri from Paris and Talvin Singh. The reconfigured Prelude to a Grand Love Story appeared in 1999 as Loco's US full-length debut, and the remix album Jesus Life for Children Under 12 Inches followed later that same year. Kid Loco moved up to the majors with his second full-length, 2001's Kill Your Darlings. With a mixture of Easy Listening, Hindi Funk, Guitar Pop and Hip Hop Beats, Kid Loco has developed an individual sound that fascinates rocker boys, b-boys and boutique owners alike. Along with the serene balance of riffs, beats and melodies, the appeal is in all likelihood essentially due to the strange, almost transcendental softness with which he fuses the most diverse of genres. In the end, there’s something for everybody from the man from the Seine. His vision of cool music is nurtured by a universal understanding of music that is open to all sides, combining new and old without a hitch, creating contexts hitherto considered impossible. He isn’t interested in genres, all that counts is good music. His sampler affords a melting pot for this vision.