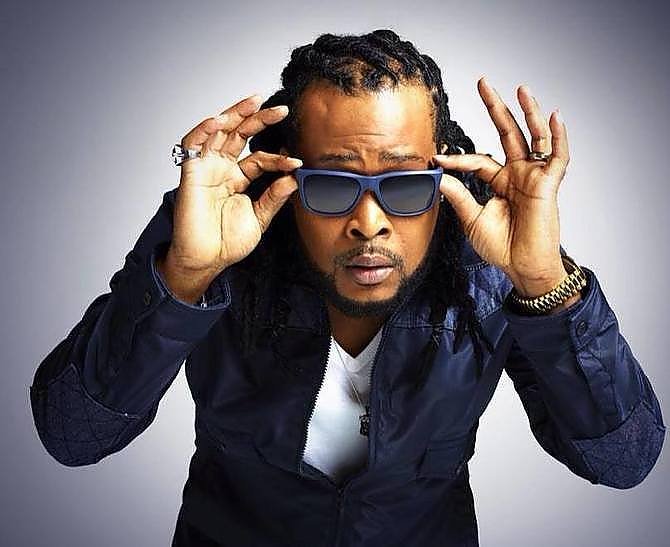 "Upon first conversing with this brother, I sensed the powerful, revolutionary, scary persona of this brother infused with his knowledge. Khujo, whose name refers to the leader of the Tribal Maroons who led escaped slaves to freedom. Khujo also means change. If you count the letters K-H-U-J-O on the alphabet, add the numbers up and divide the total by 5, you get the number 13 which symbolizes change:

K(11)-H(8)-U(21)-J(10)-O(15)=65=65/5=13. Not to mention his birthday falls on the 13th, therefore his name bears special meaning. This change of revolution is evident in the message that Khujo conveys throughout my conversation with him. The member of the Goodie Mob gets deep with me as I find out how he got his start. “I like to give the most high praise to Yahweh, the God of Isaac, The God of Abraham, the most high God, I have been in the game professionally since 1994”. Since elementary school Khujo performed as one of the Pips from Glady's Knight & The Pips at Peyton Forest Elementary School talent show. He enjoyed performing in front of an audience and realized his love and talent for music. In middle school, Khujo was a member of a rap group called the "Party Crashers," in which the group would literally "crash parties." It wasn't until high school that Khujo began to develop and nurture his lyrical content.

"In high school, I changed what I rapped about because I was getting older and more mature and things (life) started making sense to me. I began to get conscious about the responsibilities of being a black man, and I wanted to wake my people up. I realized my purpose on earth. God's purpose. The P-Funk influence, George Clinton, and the rest helped me to realize what style influenced me. While in high school, Khujo was a member of a six-person group called "Six Sense," which included Big Gipp and Ray Murray of Organized Noize Productions. Khujo went on to form ‘The Lumberjacks’ along with T-Mo, and from there they met Cee-Lo. The rest is Goodie Mob history!, Big Limb, King Bean, Ceelo,. Rough Rugged and Raw. Ceelo and Gip came along later. Goodie Mob which stands for, The Good Die Mostly Over Bullshit, was made by Ceelo. It meant that good people die over bullshit. But, as I read more, I find that the wages of sin is death, its really not bullshit. Its actually sin.”

Khujo, being a member of one of the pioneering groups, that represented the hip hop from the South, is currently set to release his own solo project, simply entitled “Khujo - the Man not the dawg” The release date is May 28th, and independently distributed. The album boasts of guest appearances by his brother – Southwest Armstrong, his cousin Mark Twayne, his homeboy, Murda, Slip Matola from the Westside, Whyld Peach, the Children of Israel and fellow Goodie mates, Big Gipp, and T-Mo. When asked what separates his material from a typical Goodie Mob album, he responds, Is there a separation from your music or style from the typical Goodie Mob album? “I have become a lil older, know the game a lil longer, you will get the same stuff you would get from the Goodie Mob but a whole different form.

Khujo, a spiritual, humble, down to earth brother gave me his opinion on the state of the music industry: “The consumers hear what they want to hear right now, they are calling the radio stations and requesting. It’s almost time for our deliverance out of this world. That’s why we are not hearing any truths from our leaders, our religious leaders, and definitely the music. It’s the Program Directors who have the power of what is played. For the black people who have all the money, let’s get our own radio stations! Let’s make this change! Some radio stations diving into the payola issue and got people paying $25,000 to get your music played on the radio. That’s why I want to do the independent thing, For instance, Houston TX, and the whole area is wide open for independents, it has a wide open market”

In the age of technology now music is now being downloaded and some even before the release dates (a new form of bootlegging) do you feel there is a proposed solution for this ? Khujo confesses that “If you do everything in house, you may slow down the process, but now there are computers and Pro tools, Cakewalk, and other programs, now if you go to the big studios you are letting them cats have ample time to do what they want to do with your product. I don’t think there is a way to get around it.”

Being that we focus on good resources and advice for up and coming artists, we had to ask Khujo what his tips were for the aspiring artists. Khujo’s lends advice for independents and people who feel they have a good marketable product, “In my eyes, if you got a hot song, get you some wax printed up. Then go to a club that is accessible to the type of music you are doing. Get a relationship with a DJ and then deliver it to them, and let it bubble in the underground, and soon there will be a demand for your product. Basically its who you know that will get you in there and What you know that will keep you in there.”

Currently in the advent of the South rising again, the music industry has embraced southern artists and “country” slang and grammar, they feel that the hottest artists at the moment are coming from the south, and therefore are in the process of capitalizing on the marketability, when asking Khujo about this new interest in his home region his response was: “I’ll say we were founders of putting the South on the map, We had role models like Public Enemy, NWA, KRS-One, and then we mad e up our mind of what style we wanted to do, we stuck our neck out on things we believe in, and things like going to the grocery store for you momma, or what state our country is in, or whatever. In our region before, we talked about shaking booty, or selling dope but we never had any ‘real’ everyday topics that the average person goes through”

Khujo is on the cusp of waking the unrighteous, enlightening the weak, delivering the masses, and delivering those spit fire lyrics as only he knows how in that well known Goodie Format. His up coming CD, will definitely be a anticipated one, and a much needed refresher in this free thought capitalistic, socially irresponsible music industry."

———————————————————————————————————————————————
Khujo (Willie Knighton, Jr.) is an American hip hop musician who was born on March 13, 1972 in Atlanta, Georgia. He is one-fourth of Goodie Mob (along with T-Mo, Cee-Lo, and Big Gipp), and one-half of The Lumberjacks (with T-Mo). Khujo is a very spiritual man known for his distinct, grunty voice and free-flowing rhyming style. He rhymes about all aspects of street life, often intertwining those subject with God metaphorically or directly. In 2002 he was involved in a car crash which resulted in the amputation of his right leg below the knee.

He released his only solo album, The Man Not The Dawg, in 2002 to limited success. In it he delved into more personal, gritty topics that wouldn't have fit in the cohesive, conscious songs in the early Goodie Mob albums.

In 2008 the first tracks from his forthcoming collaboration with Jneiro Jarel appeared on internet blogs. The tracks, "Georgiavania" and "In The Red" featured production by Jneiro Jarel and vocals by Jneiro and Khujo. The group is called Willie Isz. The two artists had previously collaborated on the 2008 single "OPR8R" by Shape Of Broad Minds. The Willie Isz album "Georgiavania" is due to be released on Lex Records in April 2009.

Khujo prefers to be called a messenger as opposed to a rapper, saying, "'Cuz rappas wrap gifts." He belonged to the Party Crashers rap group in middle school and formed the Six Sense rap group in high school with soon-to-be Dungeon Family affiliates Ray Murray, Big Gipp, and others.

While some mistakenly believe that Khujo's name is an adaptation of "Cujo" the violent dog from the popular Stephen King novel and subsequent film, it is actually a tribute to the leader of the tribal Maroons who lead escaped slaves to freedom.