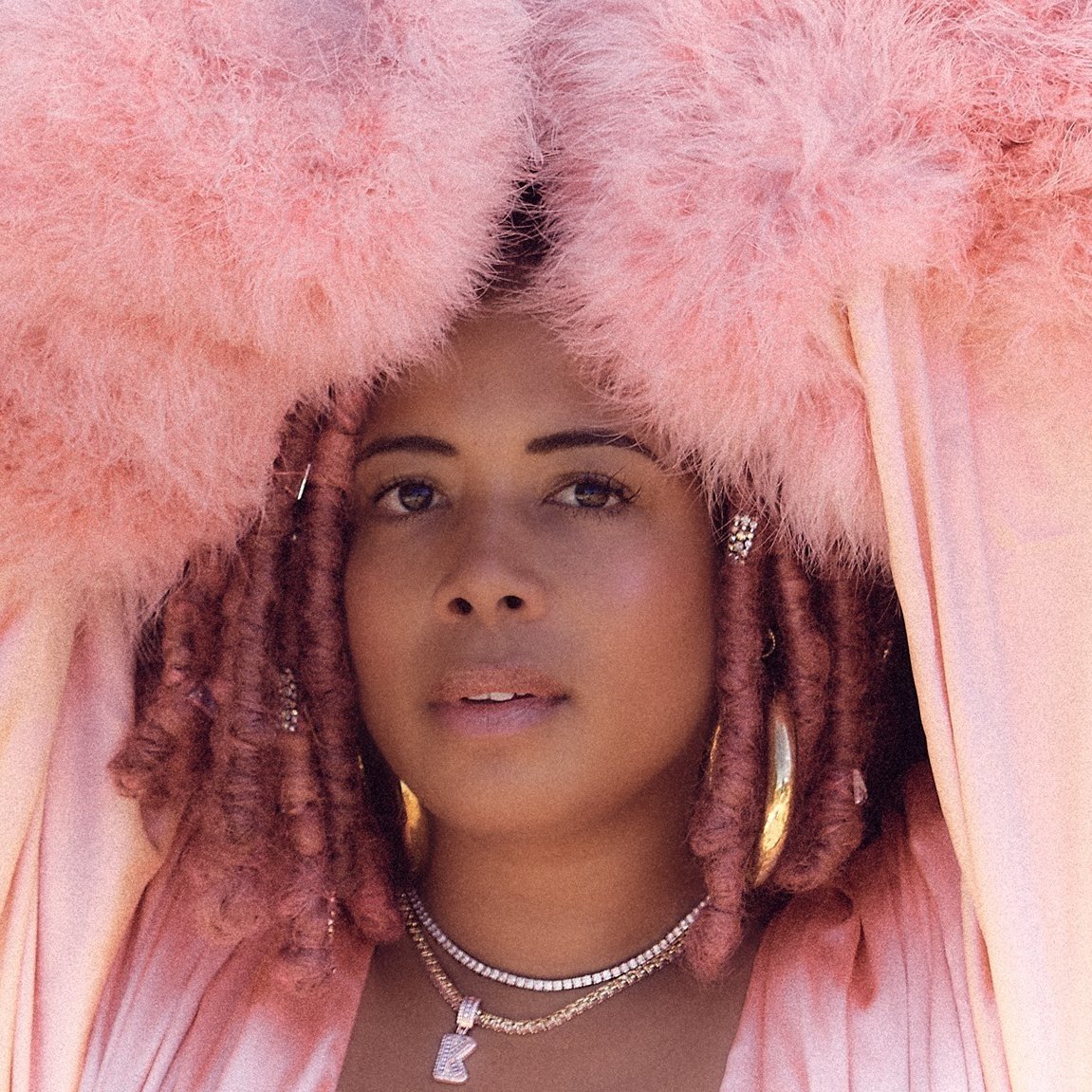 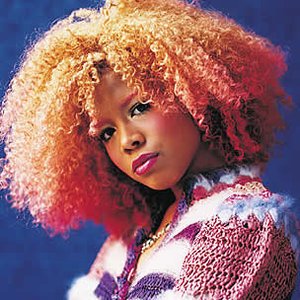 Kelis (born Kelis Rogers on August 21, 1979), is known simply by her first name Kelis (pronounced Kuh-lees). Her name is an amalgamation of her parents' first names, her black father Kenneth and Chinese-Puerto Rican mother Eveliss. Growing up in Middle Class Harlem, New York Kelis' childhood was not a deprived one. But she was not without problems, after her parents realised they could not cope with her unruly behavior (Kelis shaved all her hair off at age 13, soon afterwards dyeing the regrowth the colors of the rainbow), Kelis moved out of the family home, continuing her private education.

After a short spell working as a model, 5'10" Kelis began appearing on songs by Neptunes produced rappers such as 'Got Your Money' by the late rapper Ol' Dirty Bastard. Soon afterwards, she released her debut album, Kaleidoscope in 1999 of which the first single was 'Caught Out There,' a song based on the time she caught her boyfriend cheating on her, and she beat him. The video feautures Kelis leading a pack of angry women down the street screaming 'I hate you so much right now!'. The album was released in USA, Europe and Asia, but did not find much audience in the USA. Not a great success, it only sold 249,000 copies to date.

After finding her largest audience in Europe, Kelis released her second album titled Wanderland (2001) in Europe only, which like her first album did not fare well. It only sold 80,000 copies and was entirely produced by The Neptunes (Pharrell Williams and Chad Hugo) again, similarly to her debut. Only one single was released 'Young Fresh N New'.

In 2003 Kelis finally found fame in her country with the single 'Milkshake,' which was a massive success in Europe, Asia and USA, and she began dating rapper Nas (born Nasir bin Olu Dara Jones). The single was from the album 'Tasty' which did not feature the Neptunes as heavily as her previous albums. Singles included the popular Dallas Austin produced 'Trick Me' and 'Millionaire', a collaboration with OutKast's Andre 3000. 'In Public's duet with Nas was the fourth single from the album, becoming a top twenty hit in the U.K. without a video.

In 2006, Kelis presented a new album to her fans, entitled Kelis Was Here, which was originally to be called 'The Puppeteer' which was released on 22 August but was due Fall 2005. No Neptunes tracks appeared on this album, but Kelis used other producers such as Max Martin, Will.I.Am (Black Eyed Peas) and Raphael Saadiq. Singles are the huge 'Bossy', 'Blindfold Me', and 'Lil Star'. Kelis wrote more of the material on this album than she did for Tasty, and carries off the sci-fi, electronica sounds so often considered Neptunes material without them. This is most evident on the brilliant 'Trilogy'. Kelis has said she wants to make her mark with this album, as it will be the last 'album like this' she will make.

In October 2007, Kelis was dumped by Jive Records, for poor sales of Kelis Was Here but a new album is in the pipeline. The Hits - a greatest hits collection - was released in March 2008, including tracks where she was a featured artist, eg, Got Your Money by Ol' Dirty Bastard , N.E.R.D's Truth or Dare, and Richard X's Finest Dreams.

Kelis then signed to Interscope Records, and released her fifth studio album entitled Flesh Tone in May 2010. The David Guetta-produced Acapella preceded the LP in February of that year. Other singles released from the album include '4th of July (Fireworks)', 'Scream' and 'Brave'. The following year, Kelis appeared on Calvin Harris' 'Bounce'.

In the beginning of 2010, Kelis received a letter by animal rights organization PETA, in which she was informed about the cruelty that comes along with the production of fur coats. She pointed out that the organization seems to have little concern about the treatment of people of color and that she will continue wearing fur and eating meat.

Songfacts reported that 'Distance', the planned first single from Kelis’ sixth studio album received its first play during the June 30, 2012 show of The Beatnik Mix on London's Reprezent 107.3FM. At the time, the album was set to be house/dance-inspired, but sessions with TV on The Radio's Dave Sitek led to it taking a soul-like direction.

Kelis completed her sixth album in April 2013, and her new label Ninja Tune confirmed details regarding the album in January the following year, 'Jerk Ribs' served as the lead single for the album; the track had however been previously released as a free download the previous year.
Food was released in April 2014 to critical acclaim. Kelis also appeared for the first time at the annual South by Southwest festival, both performing and serving meals to attendees from her food truck.