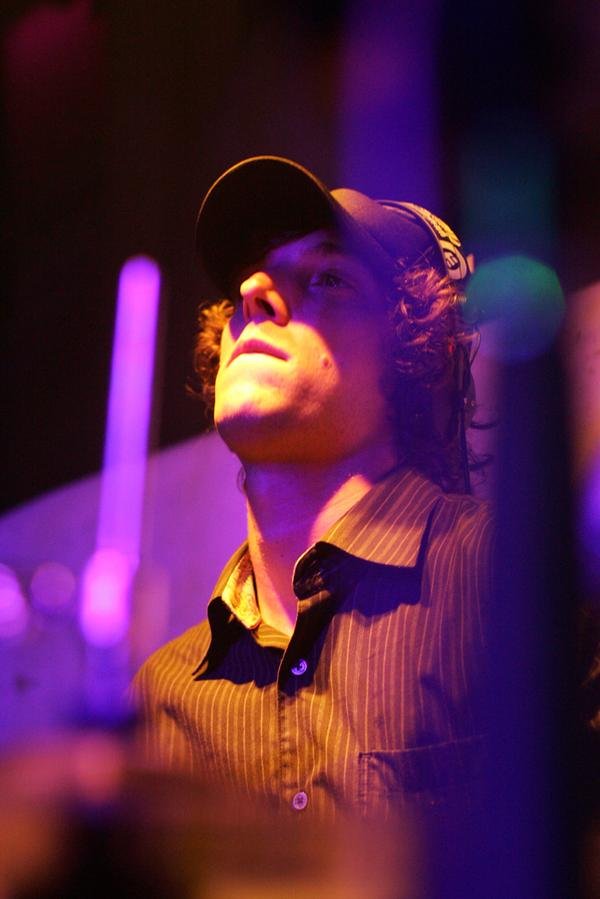 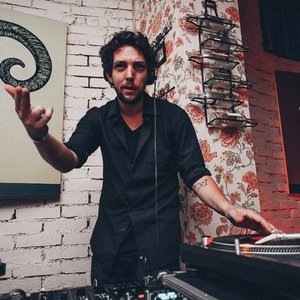 Jon Kennedy’s music came to light when he was twenty four and Mr Scruff played his track ‘Tell Me How You Feel’ on the Unfold radio show in Brighton, Tru Thoughts snapped him up straight away. He released three 12” and in 2000 his debut album ‘We’re Just Waiting For You Now’ came out. Two years later he was snapped up by Grand Central. This time Aim, who was a fan of Jon’s ‘Chocolate And Cheese’ track approached him to remix ‘The Girl Who Fell Through The Ice’.
“I dropped the remix off at the office and Mark Rae was there. I had some of my own stuff on mini disc, he listened and said he had to get a copy sent to Kate Rogers - the track on my last album ‘Secrets Of The World’ was the result.”

His second album, ‘Take My Drum To England’, came out on Grand Central in August 2002, just 6 months after the ever prolific Jon had dropped off that Aim remix.

I-DJ said "‘Take My Drum To England’ is a wonderfully multi-faceted album of finely honed instrumental beatscapes….proving that Jon Kennedy is maturing into one of Britain’s more discerning beat makers. His time has surely come”.

“The move to Grand Central has had a massive impact on my music making and playing, definitely. The compilation 'Central Heating' was on rotation at the skate park where I used to work. I remember in 1997 when I lived in Canada seeing Grand Central stuff in a record shop in Vancouver and associating it with my hometown and the type of music I wanted to make” says Jon.

Jon’s sound organically evolves throughout his three albums, and where his debut is mainly sample and loop driven, by the second album he has got into creating his own samples and distorting them. His third album ‘Useless Wooden Toys’ shows the creative process laid bare: “I definitely had a vision of the sound I wanted to create instead of making something and thinking that’s pretty close. I tried to ‘see’ the sounds and remake them; I was trying to be more creative with music design and compared to the massive orchestration in the other two, this is simpler, stripped down, ripped apart, which makes it sound dusty and vintage”.

Jon has explored the whole ‘sound’, taken it apart visually, not actually using a program as such, and no records were sampled for his third album.
“…..there are so many programs out there for people to get, but it just teaches people the same technique, music is awash with the same sound: the generic ‘Downtempo’ sound”.

The album title ‘Useless Wooden Toys’ is a reference to an old skate video from 1991, it was a pivotal point in Jon’s life. The title could be seen as ironic because that time, for Jon, is when hip hop was hip hop and not R&B - when things were simple, music was real, and you had the skater mentality of freedom: “Perhaps I’m getting old, maybe I’m ‘agist’! MTV ruined it for us all!”.

Jon took his inspiration from that time when he was recording alone in his Dad’s cellar on an old four track and a bass. “I used to record the drum track then play it back through the speakers near the mic I was recording the guitar through - and so on, until I had six tracks with MEGA-HISS on….so, they were simple tunes with raw, deep down dirty production”.

His third album is influenced by the music and production of Debussy, The Soft Machine, Hendrix (“always Hendrix”), DJ Shadow, Chuck Mangione, Tommy Guerrero, Howlin' Wolf, Pete Rock, Caveman and Rage Against The Machine. The album itself has many different musical inferences: breakbeat and psychedelic to bossa nova and dub. However, it is the sounds that Jon’s music is made from which stretch the imagination. What does a hi-hat sound like when you play it through a wah wah? What noise does a snare make if you down tune it? What happens if you play drums in the bathroom, then cut up that sound, stretch it out, then delay it? And an African drum, what would that sound like with a lump of clay in it?

On this third album Jon has also “had a vocal rattle” himself on most of the tracks, whether as short samples, full songs, or MC type vocal hooks like in ‘Save The People’ and ‘You, You And You’. His music happily marries opposites: deep gnarly bass with twinkly strings and high flutes contrasting dark with light sounds. The title track ‘Useless Wooden Toys’ is ironic in its design; it's “the most personal of all the tracks on the album and the centre point of this entity of work. I was as musically pure and open as I could be when I wrote it but the lyrics on the track are intended to be throw-away - they sound deep but when you investigate they are just obvious statements - the point being you should be who you want to be, and do what you want to do”.

‘Innovative minds like Kennedy’s are a precious resource. It’s not just anyone who can work so skilfully toward a mastery of the digital world of loops and samples, while also demonstrating the musicianship and leadership necessary to produce a tight solid performance“ - RE:UP (US Magazine)

Jon has an international following; he’s easy to find and he responds to most people who contact him. He records under his real name, his website is also his name and his openness has encouraged people to make contact with the person behind the music. On a recent DJ tour of Japan, he was surprised by peoples reactions; “In Japan it's all drum 'n’ bass and breakbeat - its about the speed of the beat. My stuff kind of intrigued them as the beat and bass are there, but there’s other stuff going on, like spongy, muddy, scratchy and unusual sounds.

“I think in Britain, when my second album came out it got lost in the sea of the compilation market that was awash with that bracket of Zero 7 and Air".

Jon’s ambitions for the future is to push the live performances. A trained drummer himself, he leads a flutist, female singer, guitar, turntablist and bass player, while he drives the beat and works the ‘sounds’ he creates. He wants to “mix up triggering sounds with the players. Also to affect the instruments live but not in the 'laptop generation' sense which, by the way, sucks ass. I want my players fully aware of the effects and what each track needs to sound like and be as close as possible to the original recording. I like the idea of trying to match the sound live because it’s such a challenge for us. It’s easy to ‘cover’ my tunes live and I am sick of hearing bands say ”We’re not trying to recreate the sound live” - to me that is exactly what it is all about! Anyone competent enough on their instrument can do a Blues Brothers type band. Leave that to the over 40’s. I picked my band, they are all performers who know how to play and enjoy playing together. Sarah is an amazing singer and Ben I’ve known since school. He was always going on about how he wanted to play bass so I made him buy one and put him on stage! Bernard is a classically trained flutist, Dan rocks out on his guitar and the turntablist takes care of some of the samples and sounds. I just need to know more about the technology behind transferring the distorted sounds I’ve made into intense live rhythmic workouts”.

Jon is a man possessed. He is driven and focused in his quest for musical innovation and achieving the sound he wants. If anyone can transfer a studio based project successfully to the live arena, the pioneering Mr Kennedy can.