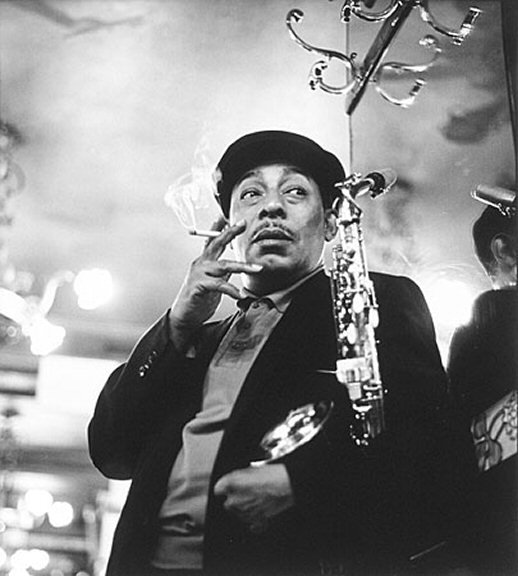 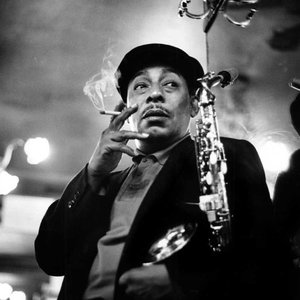 The paths of Johnny Hodges (John Cornelius "Johnny" Hodges, nicknames: "Rabbit", "Jeep". b. July 25, 1906, in Cambridge, Massachusetts, d. May 11, 1970) and Duke Ellington are eternally intertwined. While Hodges is now universally acknowledged as one of the seminal alto saxophonists in jazz he was, at times, overlooked as an artist in his own right; somehow hidden in the penumbra of The Duke Ellington Orchestra, for which Mr. Hodges was the lead alto player for many decades (doubling on soprano saxophone in the '30's and '40's as well).

Hodges was apparently aware of this effect, leaving the Ellington orchestra in the 1950's, to be replaced by the stellar alto man, Willie Smith, formerly the lead alto star of the Jimmy Lunceford Orchestra. This situation somehow benefitted neither Ellington or Hodges, with the Ellington orchestra losing a certain luster despite Mr. Smith's excellence, and with major stardom just beyond Mr. Hodges' reach.

Luckily for the listener the recordings Mr. Hodges left behind as a leader, while arguably eluding stardom for the artist at the time, are nonpareil examples of relaxed swing, subtle inflection and perfect phrasing, peerless tone and seemingly effortless technique. More luck for the listener, Mr. Hodges later rejoined the Ellington fold, returning a signature sound to the orchestra's unique palette for many years after.

It has been reported that the Ellington orchestra worked nearly 365 days a year. When asked about this grueling schedule Mr. Ellington said something to the effect that he would settle for nothing less than the finest artists for his orchestra. What with the necessarily high salaries accorded an orchestra of virtuosos, the band had to work often in order to survive. Certainly no one in the Ellington orchestra more exemplified Mr. Ellington's highest standards than Johhny Hodges.