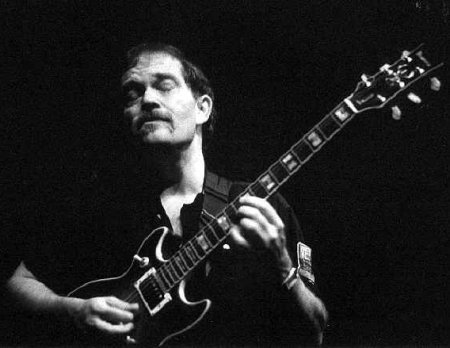 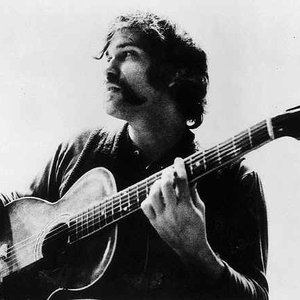 John Laird Abercrombie (December 16, 1944 – August 22, 2017) was an American jazz guitarist, composer and bandleader. His work explored jazz fusion, post bop, free jazz and avant-garde jazz. Abercrombie studied at Berklee College of Music in Boston, Massachusetts. He recorded his debut album, Timeless with Manfred Eicher's ECM label, and has recorded principally with this label since. Abercrombie has played with Billy Cobham, Ralph Towner, Jack DeJohnette, Charles Lloyd, Michael Brecker and Randy Brecker. He is known for his spare, understated and eclectic style and his work with organ trios.

John Abercrombie was born on December 16, 1944, in Port Chester, New York. He picked up the guitar at the age of 14. He began by playing along to Chuck Berry, but discovered jazz by listening to Barney Kessel. He attended Berklee College of Music from 1962 to 1966 and studied under famed guitar educator Jack Petersen. He often played with other students at Paul's Mall, a jazz club in Boston connected to the larger club Jazz Workshop. The gigs at Paul's Mall facilitated meetings with organist Johnny Hammond Smith and the Brecker Brothers (saxophone player Michael Brecker and his brother, trumpet player Randy Brecker). Smith asked Abercrombie to play with him, and they performed at Boston's Big M club as well as on tour.

Abercrombie graduated from Berklee in 1967 and briefly attended North Texas State University before moving to New York in 1969. He quickly became one of the "most in-demand session players," recording with Gil Evans in 1974, Gato Barbieri in 1971, and Barry Miles in 1972 among others. In 1969, he joined Dreams, one of the first jazz-rock bands, which rose to prominence in the late 60s and early 70s and featured the Brecker Brothers and drummer Billy Cobham. He also recorded on several of Cobham's albums, Crosswinds, Total Eclipse and Shabazz. Abercrombie's following began to grow at this point, largely due to Dreams's growing success. They shared billing with such rock acts as the Doobie Brothers, and Abercrombie found his career taking a direction he had not expected. "One night we appeared at the Spectrum in Philadelphia and I thought, 'what am I doing here?'. It just didn't compute."

In 1973 Manfred Eicher, the German producer and founder of ECM Records, invited Abercrombie to record for ECM. Abercrombie recorded his first solo album, Timeless, in 1974 with drummer Jack DeJohnette and Hammond organist Jan Hammer. The album was well received and critically acclaimed and marked the beginning of his fruitful relationship with ECM. The label's understated, subdued music was representative of the music Abercrombie continued to make throughout his career. In 1975 he formed the band Gateway with DeJohnette and bassist Dave Holland, recording the albums Gateway (1976) and Gateway II (1978).

After the Gateway albums, Abercrombie changed his playing style and instrumentation, moving toward a more traditional format. He recorded Arcade, The Abercrombie Quartet, and M with pianist Richie Beirach, bassist George Mraz, and drummer Peter Donald. Abercrombie said of this quartet, "it was extremely important to have that group…it was my first opportunity to really be a leader and write consistently for the same group of musicians." During the mid-1970s and into the 1980s, he also contributed to ensembles led by DeJohnette and took part in a number of other sessions for ECM, occasionally doubling on electric mandolin. He also toured and recorded two albums (Sargasso Sea, 1976 and Five Years Later, 1981) with guitarist Ralph Towner. During the mid-1980s, he continued to play standards with Mraz, and he played in a bop duo with guitarist John Scofield.

Abercrombie began experimenting with a guitar synthesizer in 1984 while recording in a trio with Marc Johnson on bass and Peter Erskine on drums and while working with Paul Bley in a free jazz group. He played the guitar-synth until around 1990. The synthesizer allowed him to play, as he described it "louder, more open music." Abercrombie's trio released three albums during this time showcasing the guitar-synth: Current Events (1986), Getting There (1987) with Michael Brecker, and John Abercrombie, Marc Johnson, & Peter Erskine (1989).

The 1990s and 2000s marked a time of constantly changing associations. In 1992, Abercrombie, drummer Adam Nussbaum and Hammond organist Jeff Palmer made a free-jazz recording. He then started a trio with Nussbaum and organist Dan Wall and released While We Were Young (1992), Speak of the Devil (1994), and Tactics (1997). He added trumpeter Kenny Wheeler, violinist Mark Feldman and saxophonist Joe Lovano to the trio to record Open Land (1999). The Gateway band reunited for the album Homecoming (1995).

Abercrombie continued to tour and record and remained associated with ECM, with whom had a relationship for more than 40 years. While firmly grounded in the jazz guitar tradition, he also experiment with electronic effects. As he said in an interview, "I'd like people to perceive me as having a direct connection to the history of jazz guitar, while expanding some musical boundaries."