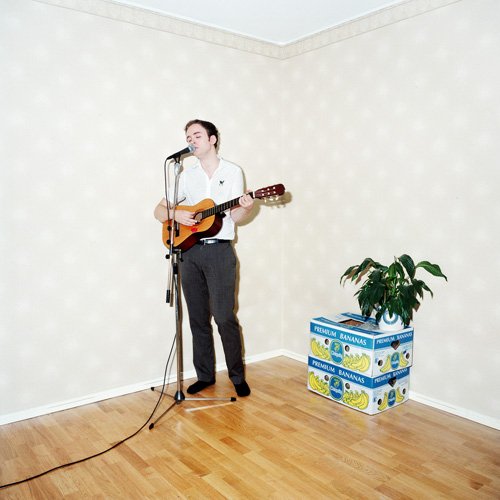 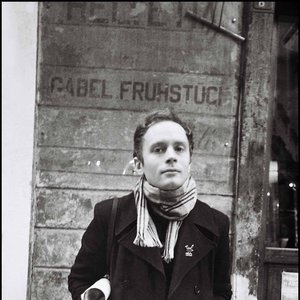 Jens Martin Lekman (born February 6, 1981 in Angered, Sweden) is a Swedish musician. He has released four albums and several EPs since 2003. His music can be described as guitar-based pop with heavy use of samples and strings, with lyrics that are often witty, romantic, and lachrymose. His work is often compared to that of Stephin Merritt of the The Magnetic Fields, Jonathan Richman and Morrissey.

Lekman recorded and released much of his material privately from 2000 to 2003 on CD-R. Because one of his songs during this time was entitled "Rocky Dennis' Farewell Song to the Blind Girl", Lekman was mistakenly referred to as Rocky Dennis for a while (the song was actually written from the perspective of the main character of the 1985 film Mask). Lekman says that it was a "mistake": "someone thought that was my real name cause I had a song about him, and then radio picked up on it, and I never had a chance to change it". He put the confusion to rest with his Rocky Dennis in Heaven EP (2004).

His self-released 7" vinyl EP Maple Leaves caused a big stir in 2003, mainly due to sound files circulating on file sharing networks. When the same EP was released on CD by the Swedish independent label Service Records in the autumn, he was already a well-known name. The songs Maple Leaves and Black Cab were heavily played on Swedish national radio. He soon signed a contract with the American label Secretly Canadian for releases outside of Sweden. Heavy touring and his debut album soon followed.

His first album When I Said I Wanted to Be Your Dog was released in 2004, and consisted of recordings made between 2000 and 2004 (some tracks had been previously released independently by Lekman). The album attracted attention among the alternative music press in both Europe and the US. The song You Are The Light was a successful radio hit, and a video received some rotation in the Nordic MTV and ZTV. In Sweden the album reached #6 in the national chart. Lekman was nominated for three Swedish Grammies, three P3 Guld and three Manifest awards, as well as dubbed album of the year by Nöjesguiden.

A concert film shot from Lekman's sold-out show with José González at Göteborg's concert hall in December 2003 was broadcast by Swedish national television two times in 2005. In June 2005, a compilation CD of Jens' first three EPs, with extra tracks, was released as Oh You're So Silent Jens. Lekman also had a track on Secretly Canadian's SC100 compilation, released in April 2007.
His latest album, Night Falls Over Kortedala, was released in October 2007, and appeared on many lists for the best albums of said year.

Live performances by Lekman differs in style. Sometimes he performs alone with only a guitar and a CD player, or doing a capella versions of his songs. Other times, he is accompanied by a choir and string quartet, and he was recently seen on tour with a full band (including horns etc) consisting of all women musicians, dressed in white 60s dresses.

Top Tracks
1) Your Arms Around Me
2) The Opposite of Hallelujah
3) A Postcard to Nina
4) And I Remember Every Kiss
5) Sipping On The Sweet Nectar
6) Friday Night at the Drive-In Bingo
7) I'm Leaving You Because I Don't Love You
8) Into Eternity
9) Black Cab
10) Kanske är jag kär i dig
11) I Saw Her in the Anti War Demonstration
12) If I Could Cry (It Would Feel Like This)
13) Shirin
14) An Argument With Myself
15) It Was a Strange Time in My Life
16) A Sweet Summer's Night on Hammer Hill
17) Pocketful of Money
18) At the Dept. of Forgotten Songs
19) Sky Phenomenon
20) Jens Lekman's Farewell Song to Rocky Dennis
21) The Cold Swedish Winter
22) Rocky Dennis In Heaven
23) Julie
24) Another Sweet Summer's Night on Hammer Hill
25) You Are The Light (by which I travel into this and that)