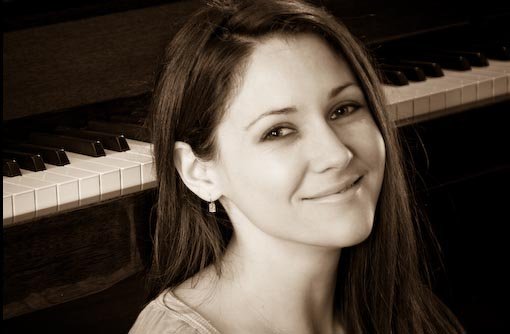 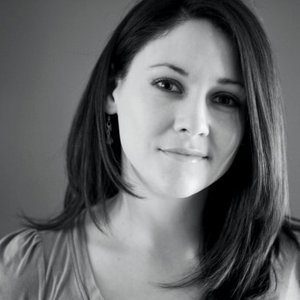 Jennifer Haines is a melodic solo piano player whose music is both peaceful and moving. Although she hasn't had a formal musical education, Jennifer has been a musician and composer from the start. Even as a toddler, she would sing her own melodies while riding in her car seat.

As she grew up she found herself drawn to the beauty of the piano and began taking lessons. This wasn't as enjoyable as she anticipated, however, and she quit after only 9 months.

Jennifer longed for the kind of freedom at a piano that would allow her to just sit and play. She found that freedom in composing. "One day I was sitting at the piano with my, then, two year old daughter Naomi. Naomi was patting at the keys and stumbled across a succession of notes that I really liked. I wrote a song around those notes right then and there." The rest, as they say, is history.

She recorded her first two collections of piano solos in 2002, entitled "Reflections" and "Autumn Leaves", to give as gifts to her family and friends. Then, deciding to test the internet waters a bit, she recorded two more collections with the main purpose of selling them at places like iTunes.

"I was overwhelmed by the comments I began receiving from all over the world. People were being touched by the music I had written. It was amazing."

In 2006 she released "Christmas Magic" which was given the "Recording of Exceptional Merit" award from WRST-FM, Wisconsin Public Radio. And then in 2007 she released "Thoughts and Dreams" which soared to number 10 on the New Age radio charts. "Life is good, as my husband always says. I'm looking forward to all the music that I have yet to write!"