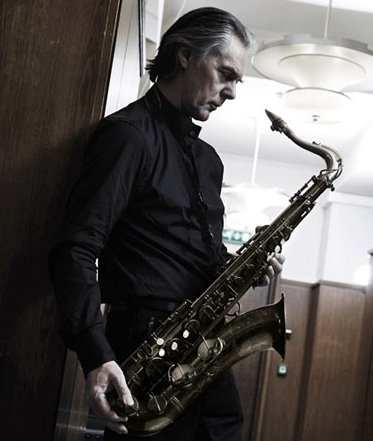 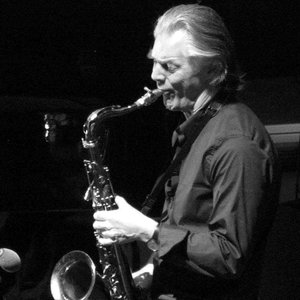 Jan Garbarek (born March 4, 1947 in Mysen, Norway) a Norwegian tenor and soprano saxophonist, active in the jazz, classical, and world music genres. Garbarek was the only child of former Polish prisoner of war, Czesław Garbarek, and a Norwegian farmer's daughter. Garbarek grew up in Oslo. At 21, he married Vigdis. Their daughter Anja Garbarek is also a musician.

Garbarek's sound is one of the hallmarks of the ECM record label, which has released virtually all of his recordings. His style incorporates a sharp-edged tone, long, keening, sustained notes strongly reminiscent of Islamic prayer calls, and generous use of silence. He began his recording career in the late 1960s, notably featuring on recordings by the American jazz composer George Russell (such as Othello Ballet Suite and Electronic Sonata for Souls Loved by Nature). If he had initially appeared as a devotee of Albert Ayler and Peter Brötzmann, by 1973 he had turned his back on the harsh dissonances of avant-garde jazz, retaining only his tone from his previous approach.

As a composer, Garbarek tends to draw heavily from Scandinavian folk melodies, a legacy of his Ayler influence. He is also a pioneer of ambient jazz composition, most notably on his 1976 album Dis. This textural approach, which rejects traditional notions of thematic improvisation (best exemplified by Sonny Rollins) in favor of a style described by critics Richard Cook and Brian Morton as "sculptural in its impact", has been critically divisive.

After recording a string of unheralded avant-garde albums, Garbarek rose to international prominence in the mid-1970s playing post-bop jazz, both as a leader and as a member of Keith Jarrett's successful "European Quartet." He achieved considerable commercial success in Europe with Dis, a meditative collaboration with guitarist Ralph Towner that featured the distinctive sound of a wind harp on several tracks. (Selections from Dis have been used as incidental music in several feature films and documentaries.) In the 1980s, Garbarek's music began to incorporate synthesizers and elements of world music. In 1993, during the Gregorian chant craze, his album Officium, a collaboration with early music vocal performers the Hilliard Ensemble, became one of ECM's biggest-selling albums of all time, reaching the pop charts in several European countries. (Its sequel, Mnemosyne, followed in 1999.) In 2005, his album In Praise of Dreams was nominated for a Grammy.

In addition to the selections from Dis, Garbarek has also composed music for several other European films, including French and Norwegian films. Also his song 'Rites' was used in the American film The Insider.