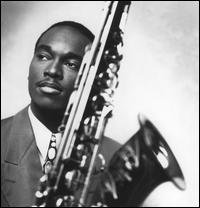 1) Born in Detroit, Michigan, in 1969, James Carter began playing saxophone at age 11, first recorded with a Detroit student ensemble in 1986 and, by 1991, had recorded with legendary trumpeter Lester Bowie on The Organizer and contributed to the 1991 collection The Tough Young Tenors. Mastering a family of reed instruments, from sopranino to contrabass saxophones to contrabass and bass clarinets, James Carter mesmerized the jazz world after arriving in New York City in 1988 to play under the auspices of Lester Bowie.

His debut recording, JC On The Set, released in Japan when Carter was a mere 23 years old, heralded the arrival of a significant and powerful new musical force in jazz. Recorded at the same session as his debut, Carter's next release, Jurassic Classics (1994), found him entering the Top Jazz Albums chart for the first time. It was a feat to be echoed with four of Carter's subsequent releases: The Real Quiet Storm (1995), Conversin' With The Elders (1996), In Carterian Fashion (1998), and Chasin' The Gypsy (2000).

Gardenias For Lady Day is the first James Carter collection since the simultaneous release, in June 2000, of Layin' In The Cut, an electric jazz/funk collective jam session, and Chasin' The Gypsy, an homage to Django Reinhardt. In a review of those two albums, Rolling Stone (August 3, 2000) asserted that "….saxophonist James Carter is as near as jazz gets nowadays to a Young Turk – not some ironically Avant-post-rock experimentalist but a cocky scene stealer with…a knack for coming up with noticeable records."

Carter has performed, either live or in the studio, with the Lincoln Center Jazz Orchestra, the late Julius Hemphill, Ronald Shannon Jackson, the Charles Mingus Big Band, soprano Kathleen Battle, Aretha Franklin, David Murray, the Art Ensemble of Chicago, Ginger Baker, Sonny Rollins, and many others. He appeared in the 1994 PBS telecast of "Live At Lincoln Center" and portrayed saxophonist Ben Webster in Robert Altman's 1996 film, "Kansas City."

James Carter recently topped Downbeat's annual Critics Poll in the Baritone Saxophone category for the third year in a row.

2) James Carter is one of the most promising UK talents to emerge in the electronic music scene. Receiving support from industry heavyweights, James has taken the world by storm with his originals, remixes and mixtapes. His top-class records are being played not only on streaming platforms but also at festivals and radio stations all over the world.

Since his first original record in 2017, the London-based producer and DJ has amassed more than 35 million streams on Spotify. Staying true to his roots, James continues to release unique remixes, including official remixes for the likes of Rihanna, James Arthur, Austin Mahone & many more. His 2018 single 'Hands in the Fire' went viral on TikTok and has been viewed more than 100 million times on the short-video platform.