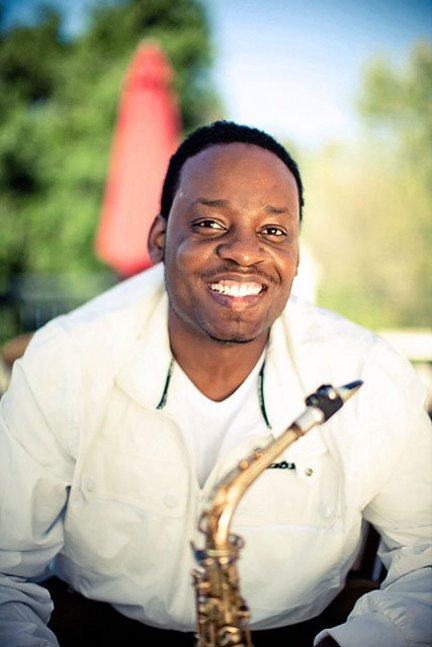 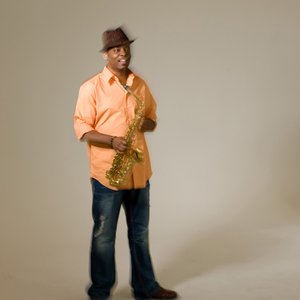 Back when Jackiem Joyner was gigging on tour with Marcus Johnson and Bobby Lyle from 2001-2004, the two contemporary jazz keyboard greats came up with the perfect nickname for the rising saxman and his ultra-sensual, easy flowing vibe. “Ladies and Gentlemen,” they’d shout out, “give it up for Lil’ Man Soul!”—something urban jazz fans have been doing since Joyner broke through to genre stardom with his solo debut album Babysoul in 2007.

At 28, the versatile artist, composer and producer—who was chosen Debut Artist of the Year by industry tastemaker Smooth Jazz News—is “growing up” fast in the urban jazz world, no longer the new kid in the mix. To his growing legion of fans around the world, however, he’s still their Lil’ Man Soul. It’s the perfect autobiographical title for his highly anticipated Artistry Music debut, a 12-track collection of hip, up-tempo grooving tracks and seductive ballads that musically reflect the dynamic nuances of his whirlwind life over the past two years.

“My goal was to create a listening experience that people can identify as my own vibe that’s different from any other great CD out there,” Joyner says. “I really focused on being honest and putting out a sound that’s true to who I am, that conveys the vibes I like to write and perform and draws them into the world I’ve been living in since Babysoul hit the streets. That includes some cool new sounds this time like acoustic bass, violin and acoustic piano. Strong melodies and grooves are important, but those deeper sonic details can make or break a track.”

Considering Joyner’s wild schedule during that stretch, Lil’ Man Soul covers a lot of territory, geographically, artistically and emotionally. Like all emerging artists, Joyner’s walked a crazy tightrope balancing his newfound career at center stage with his equally busy and diversifying career as a top call sideman. Babysoul entered the Billboard Contemporary Jazz chart at #15 and its hit single “Stay With Me Tonight,” featuring guitarist Peter White stayed on Radio & Records’ (R&R) Smooth Jazz chart for 25 weeks, peaking at #13. With his own band, the saxophonist headlined at the Lexus Hyatt Regency Jazz Festival in Newport Beach, Jazz on the Green in Ft. Myers, Florida and the Atlanta Smooth Jazz Festival, and performed all three weekends at the Catalina Island Jazz Trax Festival. He also played at the Denver Jazz and Blues Festival, which coincided with the Democratic National Convention.

Joyner had to squeeze that busy solo gig schedule between a growing slate of side stints for genre superstars like White, Wayman Tisdale, Joe Sample and Gerald Albright, in addition to his ongoing stint with internationally renowned keyboardist Keiko Matsui. In addition to playing top U.S. spots like Arturo’s Place in Miami and Yoshi’s in the Bay Area, the saxman has toured with Matsui since early 2007 in The Ukraine, Moscow, Istanbul, Bucharest and cities in her native Japan. On Lil’ Man Soul, Joyner turns his reflections on these globetrotting experiences into “Round The World,” a hypnotic and seductive, easy thumping track that balances old school soul and contemporary R&B elements. He recorded the moody synth bass parts of the romantic cover of singer Mario’s hit ballad “Let Me Love You” on a gloomy day in the Ukraine.

“If you listen to the chord structure of ‘Round The World,’ it switches from vibe to vibe every few seconds,” says Joyner. “That’s the fun of creating a musical travelogue. The lively opening track ‘Take Me There’ has some of that spirit too, as if my sax melody is asking someone to lead me to a fantasy place that I’ve been dreaming of. If I had to choose one song that best reflects who I am as writer and producer these days, however, it would be the title track, a slow jam urban ballad that heats up with a lot of cool surprises. I play all the instruments, including the piano, which is prominent in the mix.”

“While Babysoul chronicled the experience of emerging from the sidelines to the forefront,” he adds, “the music and overall flow on Lil’ Man Soul is a musical diary of everything that’s happened since then. When you’re playing with veterans like Gerald and Keiko, it’s hard not to feel challenged and keep growing as a musician. I love being inspired by everyone I work with. Keiko is especially unique because of the space and time she has in her music, and those are elements I find myself incorporating into my own live performances. Because of the way she balances the sounds of the sax and piano, I’ve also been in tune with musical dynamics, the highs and lows, in ways I hadn’t thought of before. Listening to my songs now is almost like watching a movie with all of its emotional ups and downs.”

Joyner, who established himself as a top-flight producer on Babysoul, helmed most of the tracks on Lil’ Man Soul but called on genre super-producer (and popular artist/composer and guitarist) Paul Brown to produce one of the disc’s more playful and sexy cuts, “When The Time Is Right”—a tune the saxman says “fits into the romantic mindset by being melodic and gentle but then gets more frisky and soulful.” Another track Joyner recorded later in the sessions is the funked out “J Street,” which features one of his most intensely passionate sax performances as he introduces listeners to “the urban side of town, my side of town.” Other key cuts include “I’m Waiting For You,” a song whose theme of longing and anticipation comes across via a swirl of dreamy atmospheres, increasingly upbeat grooves and horn textures which build in intensity on the hook; the similarly horn textured slow jam “Say I Do;” the soaring, anthemic ballad “When We Come Together;” a smoky, laid back look at the “Heaven In Her Eyes;” and the supercool “Step With Me” which thumps full-throttle into the urban dance phenomenon known as the Steppers’ Circuit.

Born in 1980 in Norfolk, Virginia, Joyner inherited some of his musical gifts from his professional bass player father, but grew up in a single parent household and developed most of his musical sensibilities from singing in the church choir and playing drums behind uptempo gospel songs. After moving to Buffalo, New York during middle school, the young musician was told he’d “look good” playing the sax when he got to high school and immediately took to his new instrument. Eager to play for as many people as possible, Joyner competed in the NAACP’s youth achievement program ACT-SO (geared towards African Americans demonstrating academic, artistic and scientific prowess and expertise) and won the local competition three times in three different categories: instrumental contemporary, composition and classical music.

After high school, he moved along with his brother Dinea Smith back to Virginia, where Bishop Michael Patterson of the World Harvest Outreach Ministries in Newport News made him head of the music department. Joyner not only sharpened his keyboard and production skills in this capacity, he also had a chance to play for audiences in Nigeria, Sudan and Kenya on a missions trip in 2002. “It was fascinating seeing how happy people could be with so few material possessions,” he says. Attending a music symposium in Norfolk, he hooked up with music executive Orlando Mullins, who gave his demo CD to Marcus Johnson, who was starting up the label that became Three Keys Music.

Impressed with what he heard, Johnson immediately hired Joyner as his saxman. While playing with the keyboardist from 2001-2004, Joyner also had the chance to play the national anthem for a Bulls-Wizards game at Washington D.C.’s MCI Center, perform with Jaared and Bobby Lyle and be featured at such events as the Bermuda Jazz Festival. Angela Bofill was also on the bill in Bermuda, and she later suggested that Joyner participate in the 30 city tour with herself, Ronnie Laws and Jean Carne in 2003. Other artists Joyner opened for in the years before hooking up with ARTizen, Rick Braun and Richard Elliot’s former indie label, to release Babysoul include George Duke, Najee (a true inspiration of Joyner’s on both sax and flute), Phil Perry and Bob Baldwin.

“While I think the songs on Lil’ Man Soul take me to the next level as a player, composer and producer,” he says, “I’m learning that the most important element of building and sustaining a career in this business is developing that unique sound over time and being consistent. A big key is having songs that can stay on the radio and reach the people for a long period of time, because the minute festival season ends and you’re not out there onstage, people can easily look towards the next big thing. I want to stay in their faces for a long time and give them the best material and performances I can! I love working with the best artists in the genre, but there’s nothing more liberating and fun than taking center stage myself and looking out there and knowing the audience is connecting with my own music. I can’t wait to hit the road again and share more of Lil’ Man Soul with the fans.”