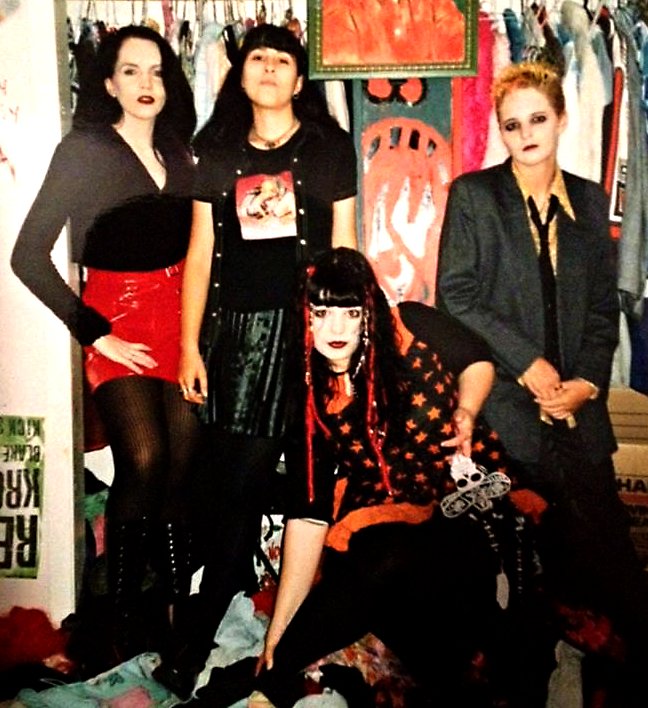 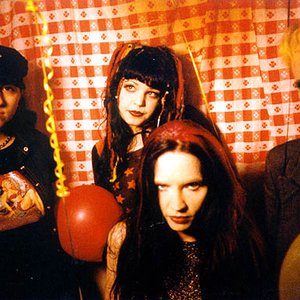 Jack Off Jill was an alternative rock band from Fort Lauderdale, formed in 1992 by Jessicka Fodera, Tenni Ah-Cha-Cha, Robin Moulder, and Michelle Inhell. Though these four young women were the initial founders, twelve members rotated through the group in its life span, including Scott Putesky, guitarist and co-founder of Marilyn Manson. The band lasted eight years, with only Moulder and Fodera remaining through all its lineups: Moulder wrote the bulk of the music, Fodera all of the lyrics and melodies. The group toured and performed with Marilyn Manson a significant number of times. Like Manson, they were known for raunchy shows. Despite this, the group bore a greater resemblance to riot grrrl groups

Tenni met Jessicka while attending Piper High School in Sunrise, Florida. They had begun writing songs, but had not yet formed a band when Moulder and Inhell joined them to create the band that would become Jack Off Jill. Jack Off Jill's first show was opening for fellow Floridian and long time friend Marilyn Manson and his shock-rock outfit, Marilyn Manson and the Spooky Kids, at a Davie, Florida night club called The Plus Five Lounge. The female foursome quickly became one of the most exciting and controversial underground bands during their heyday. Surname-free singer, Jessicka delivered gut-wrenching lyrics in an angelic to banshee-like voice and performed shocking on-stage antics that included stripping young men on stage while the band and crowd taunted the exposed fans, as well as covering the audience with spit and real blood and candy. Jessicka even spent a night in jail when she and Manson were arrested after a 1994 concert in Jacksonville, Florida, after being accused by the town's Christian Coalition for breaking the town's adult entertainment codes. Though the members of Jack Off Jill never claimed to be shock rockers, they were often labeled as such. In fact, Jack Off Jill had more in common musically with riot grrrl acts such as Bikini Kill and Babes in Toyland than they did with Marilyn Manson and the Spooky Kids, with whom Jack Off Jill would later be constantly compared. It did not help that after a four year relationship, then boyfriend Twiggy Ramirez, began to mimic Jessicka's dress and appearance, making critics' comparisons draw even closer.

Jack Off Jill released several independent records: "Children 5 and Up", "The Boygrinder Sessions", "Cannibal Song Book", (produced by JOJ and Manson) "Cockroach Waltz", and several 7" singles. It was not until, April 8, 1994, when JOJ played a benefit show for Rock Against Domestic Violence with Babes in Toyland and 7 Year Bitch, the same day lead-singer of American grunge rock band Nirvana, Kurt Cobain, was found dead in his Seattle home, that Jack Off Jill caught the eye of record labels. Drummer Lori Barbero from Babes wanted to sign them to her now defunct Minneapolis label Spanish Fly, but it was not to be. Jack Off Jill then caught the eyes and ears of Los Angeles based Risk Records, who signed them in January 1997. They replaced both Ah Cha Cha and Inhell with new members because the two were not ready to leave Florida. The band released their first national 7" "Girl Scout"/"American Made" in March of 1997. On September 9 1997, their first full-length Sexless Demons And Scars (produced by Gumball's leader Don Fleming, who produced Hole's Pretty on the Inside) was released..

After moderate underground success, touring with Lords of Acid, and playing to sold-out crowds in 1997, Jack Off Jill headed to Los Angeles in order to complete 1998's Covetous Creature, a remix EP of songs from Sexless Demons and Scars with the help of SMP (Scott Putesky), a founding member of Marilyn Manson and new drummer Claudia Rossi. The new manifestation of Jack Off Jill hit the road on a national tour with Psychotica, joined along the way by Switchblade Symphony.

The band road-tested new songs in March of 1999 when JOJ were asked to take the opening slot on the Marilyn Manson / Monster Magnet / Hole tour after Hole departed. With Putesky no longer in the guitar position, JOJ enlisted the help of Jessicka's then-boyfriend guitarist Clint Walsh, original JOJ guitarist Michelle Inhell (Oliver), and drummer Norm Block (formerly of Plexi) for the tour. On July 17, 2000, JOJ released their second full-length CD, Clear Hearts Grey Flowers on Risk Records, that featured a cover by artist Mark Ryden and was produced by Chris Vrenna of Tweaker and Nine Inch Nails. The new album was different from the first having a more Gothic rock sound and a cover of the Cure's "Lovesong" was added as a hidden track. Due to pressure, poor publicity for C.H.G.F, several line up changes, tension between founding members Jessicka and Robin, and management problems, Jack Off Jill played its last show at The Troubadour in Los Angeles in April of 2000. They were joined onstage by guitarist Helen Storer of the UK all-girl band Fluffy (and later of Thee Heavenly Music Association) and producer Chris Vrenna on drums. JOJ officially called it quits in late 2000.

Years after their break-up, Jack Off Jill still manage to have a growing online cult following. Reviews for Jessicka's current band Scarling. begin with critics touting JOJ as "riot-goth legends" and refer to Jack Off Jill's final album as," excellent, yet under- appreciated".

Jessicka is now singing with Scarling
Robin is now writing, recording and creating with TCR
The current musical status of the other members can be found by going to www.jackoffjill.com