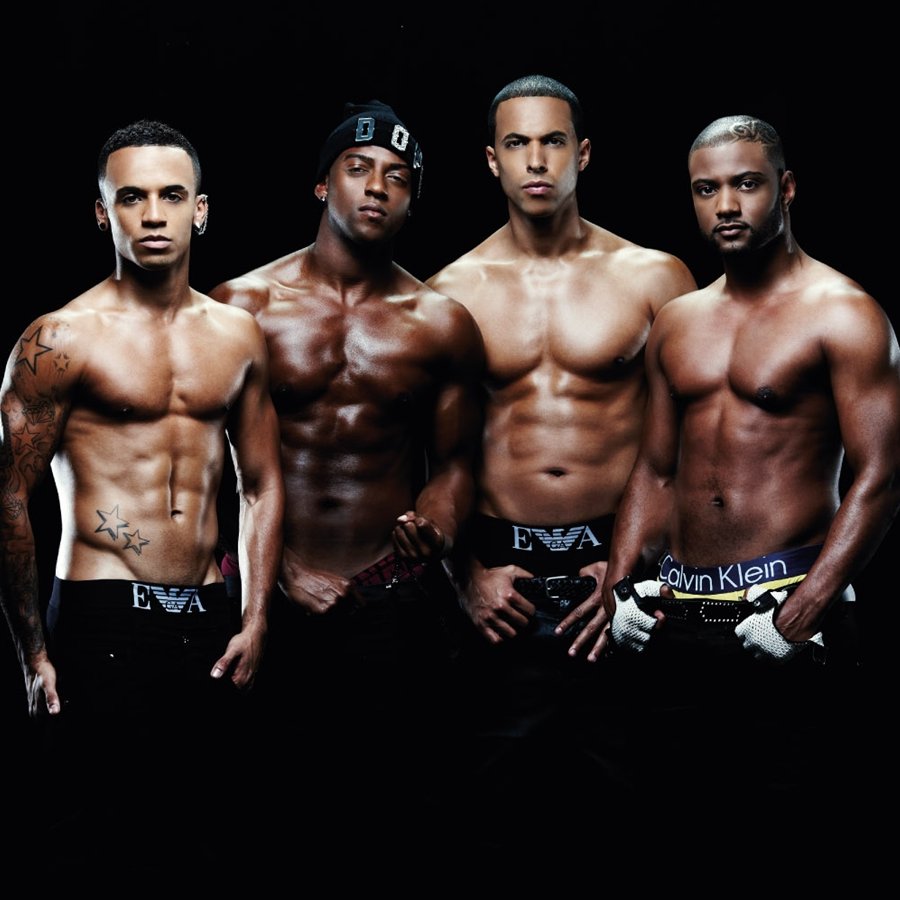 1. JLS (an initialism of Jack the Lad Swing) are a British boyband from London, who were runners-up in the fifth series of ITV reality talent show The X Factor in 2008, coming second to Alexandra Burke. The group consists of Aston Merrygold, Marvin Humes, Jonathan "JB" Gill, and Oritsé Williams. The group have currently sold over 1.3 million albums worldwide.

Following their appearances on The X Factor, JLS signed to Epic Records, and enjoyed continued chart success throughout 2009. Their first two singles "Beat Again" and "Everybody in Love" both went to number-one on the UK Singles Chart. The band's self-titled debut album was released on 9 November 2009, and has since sold over one million copies in the UK. JLS won the awards for British Breakthrough and British Single ("Beat Again") at the 2010 BRIT Awards.

In 2010, JLS signed an American record deal with Jive Records, and released "Everybody in Love" as their debut US single. "The Club Is Alive", the lead single from their second studio album, was released in the UK in July 2010, and earned the band their third number-one on the UK Singles Chart.

Songfacts reports that She Makes Me Wanna, the first single from JLS' third album was serviced to radio stations on May 25, 2011 and was debuted by the band at the Capital Summertime Ball on June 12. It was released as a digital download on July 24, 2011.

2. JLS (Jodio Loco Sucio) is a rock band from the Dominican Republic, formed in 1992 and currently based in Zaragoza, Spain. The band’s name in Spanish means “crazy fucked-up dirtbag”.