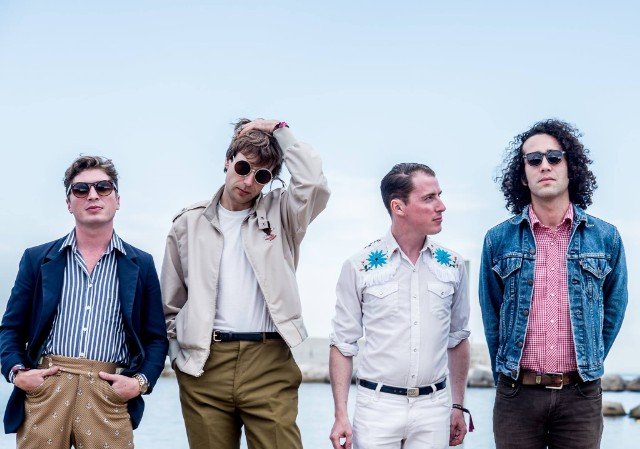 Islands is an indie rock band formed in 2005 in Montreal, Quebec, Canada, and currently based in Los Angeles, California

Hailing from Montreal, Canada, Islands is a 6 piece band founded in 2005 by The Unicorns co-founder/songwriter Nick Thorburn (often performing as "Nick Diamonds") and drummer J'Aime Tambeur. Following the untimely disbandment of The Unicorns as they teetered on the brink of breaking through, Islands' debut release entitled Return to the Sea, with its quirky sounds and refreshing, catchy melodies includes collaborations with members of Arcade Fire and Wolf Parade. This debut picks up where The Unicorns left off and takes the music to new heights without departing from The Unicorns' unique if sometimes peculiar appeal.

Islands plays beautiful pop melodies, intertwined with elements of afro-pop, hip hop, and indie rock, among others. One of the main gimmicks of the band is the recorder brought over from The Unicorns, which is prominently featured in the song "Jogging Gorgeous Summer." Nick Diamonds rules over the band with an iron fist. Other members include: Patrice Agbokou, Aaron Harris, Alex Chow, Sebastian Chow, and Patrick Gregoire. Return To the Sea, their rookie effort, was released on April 4th, 2006 on the brand new label, Equator Records, and Rough Trade in the UK. Digital Distribution handled by Alpha Pup.

On February 14, 2012 Islands released their fourth full length album, A Sleep & A Forgetting.

On May 13, 2016 Islands released their sixth and seventh full length albums, Should I Remain Here, At Sea? and Taste.