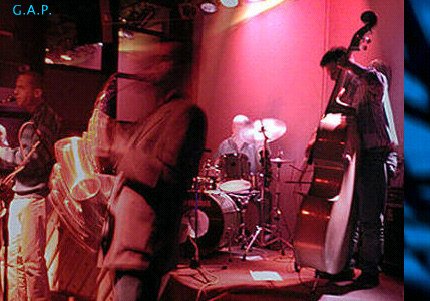 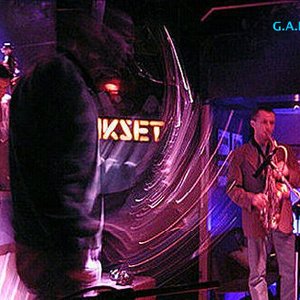 An ensemble created by multiinstrumentalists Luka Peršić and Jerko Valdevit in 1996., in Zagreb, Croatia. Together with bass player Dejan Potkonjak and percussionist Borna Šercar, they formed a quartet that plays and nurtures original improvised music, based on European avant-garde and Afro-American free jazz roots.

Music played by G.A.P. consists of compositions which are constituted on thematic material that pushes forward further musical development. Improvisations of the band are both solo flights and collective group improvisations. Sound of the band is imaginative and diverse, due to the band's arsenal: Peršić plays soprano and alto saxophones, snake flute, small percussions and electronics, Valdevit plays tenor saxophone, clarinet, flute and piccolo, piano and percussions, Šercar is a percussionist that stretches from the U.S. origined drum set over classical percussions to all kinds of ethnic instruments, such as African djembe or Macedonian tarabuka and Buić's bass mastery connects all of this creating a unique group sound.
Musical strength of the band members along with the flexible personnel conception enables them to perform at concerts in solo, duo, trio, quartet and quintet formations, last one regarding the addition of a young cello player Jasen Chelfi (who can be heard on their second CD "Plays the most requested songs").

Since its first performance (at Radio 101, Zagreb), band played several significant festivals in Alpes-Adriatic region and by playing their first concert at KSET (student club), they opened a series of jazz concerts there. Being the only Croatian avant-garde jazz band and holding concerts there led to educating local audithorium and putting free jazz in the center of KSET's program conception (www.kset.org), which further led to organizing concerts of a eminent jazz figures such as Ken Vandermark, Mark Dresser, late Werner Ludi, Peter Broetzmann, just to mention a few.

Their performances at festivals in Croatia, Slovenia, Hungary and Italy included some sessions with Anthony Coleman and his musicians, Bela Marias (Hungarian multiinstrumentalist and poet) and Charles Gayle.