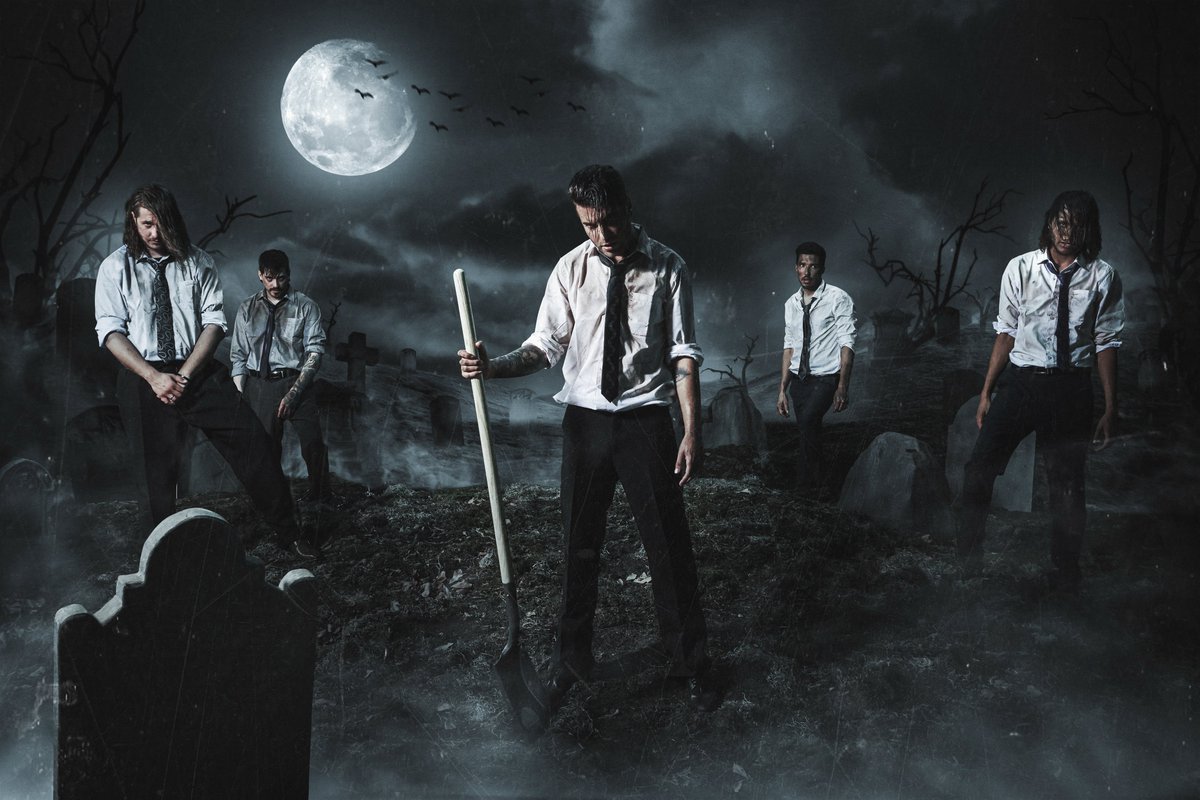 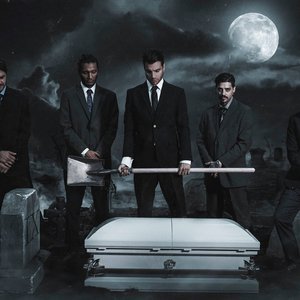 Ice Nine Kills was founded under the name Ice Nine by high school friends Spencer Charnas and Jeremy Schwartz and changed their name to Ice Nine Kills just before releasing their debut independent album 'Last Chance to Make Amends' on April 20, 2006. The following year on November 20, 2007, Ice Nine Kills released their EP, 'The Burning,' through Red Blue Records. The band then set out on several national tours in support of the EP including opening slots on tours with I See Stars and Eyes Set To Kill among others. By 2008, the group had been invited to open for well-known acts such as As I Lay Dying, A Day To Remember, Thursday, Paramore, and a one off performance on the Taste of Chaos 2009 tour. That same year, Ice Nine Kills released 2 acoustic tracks ("The Simple Act of Giving Up" and "Lifetime in a Week") on an EP titled '2 Song Acoustic.'

In mid 2009, Schwartz decided to leave the band after struggling with life on the road, leaving Charnas as the only original member. Charnas then recruited former members of the Rochester, NY post-hardcore band Remember Tomorrow, which had recently disbanded. This shifted Ice Nine Kills' sound into more of an experimental metalcore sound. Ferret Music took notice of their new sound and signed the band in the spring of 2009. After appearing on Warped Tour 2009, the band began writing and recording their next record.

Ice Nine Kills released their second full-length album 'Safe Is Just a Shadow' on July 12, 2010. Vocalist Dave Sieling, who has since left the band, contributed clean vocals along with Spencer Charnas. The album received praise from heavy metal Revolver Magazine in the 2010 Hottest Chicks in Rock Issue, and the band was invited to attend the Revolver Golden Gods awards in Los Angeles CA on April 20, 2010. The band supported 'Safe Is Just a Shadow' with a two-week appearance on Warped Tour 2010 and a supporting slot with Michigan-based nu metal band Taproot. The band performed on a headlining tour in the summer of 2011 as well as at the Darien Lake, NY stop of Warped Tour 2011. The band released a music video inspired by the film Inglorious Bastards for their song "The People Under the Stairs" on June 20, 2011. That same day, the band announced their partnership with Outerloop Management who represent We Came as Romans, Refused, and Periphery among others.

On January 15, 2013, the band released their EP 'The Predator,' which had been funded through a Kickstarter campaign. Ice Nine Kills played on The All Stars Tour as well as the first 2 weeks of the 2013 Vans Warped Tour. On April 26, 2013, the band released a stand-alone single called "The Product of Hate", with proceeds going to help the victims of the Boston Marathon bombings earlier that month.

Ice Nine Kills released their full-length effort 'The Predator Becomes the Prey' on January 21 through the newly created Outerloop Records, an imprint of Fearless Records. The album marked the band's first entrance into the Billboard Top 200 charts, landing at #153. The album also debuted at #3 on the Top Heatseeker's chart, #38 on the Independent Label charts, and #13 on the Hard Rock charts. The band played the entire Warped Tour 2014 and in 2015 headlined the IX LIVES TOUR with Get Scared, Upon This Dawning, Chasing Safety, and Brightwell.

It was announced on September 17, 2015 that the band had signed to Fearless Records. Ice Nine Kills's new album "Every Trick in the Book" was released on December 4, 2015.

Ice Nine Kills headlined on the Fresh Faces Tour from October 24 - November 29 with new Fearless Records bands Wage War, The White Noise, and more. Ice Nine Kills has also been featured on the Fearless Punk Goes… series with their cover of "Animals" by Maroon 5 for 'Punk Goes Pop, Vol. 6' and their cover of "I Don't Wanna Live Forever" by ZAYN and Taylor Swift for 'Punk Goes Pop, Vol. 7'.

On October 5th, 2018, Ice Nine Kills released their fifth album "The Silver Scream" to both commercial and critical success. The Silver Scream peaked at 29 on the Billboard Top 200, further bring the band higher and higher up into the Mainstream. The album provided fan favorite tracks and chart climbers such as "A Grave Mistake", "SAVAGES", "The American Nightmare",and "Stabbing In The Dark". All inspired by both classic and niche horror films of the 80's, 90's, and early 2000's. Throughout the next couple of years, the band would support "The Silver Scream" with various theatrical shows dedicated to bringing the horror films of old onto the stage. A show at the Worcester Palladium would be recorded and later released as the band's first live album on October 30th, 2020 under the named "I Heard They KILL Live!!" featuring live performances of songs from "The Silver Scream" along with songs from older albums such as "Communion Of The Cursed" from 2015's "Every Trick In The Book" and "The Fastest Way To A Girl's Heart Is Through Her Ribcage" from 2014's "The Predator Becomes The Prey". The Silver Scream also tells it's own story through the music videos uploaded to Ice Nine Kill's Youtube channel starting with "The American Nightmare" and ending with "IT Is The End" (inspired by Stephen King's IT). The story follows lead singer Spencer Charnas as he unravels disturbing nightmares he's been having to his therapist but his therapist suspects that everything is not as fictional as it seems.

Following the release of the band's track "Hip To Be Scared" (inspired by the Mary Harron film: American Psycho) on July 9th, 2021, Ice Nine Kills announced their sixth record and the long awaited sequel to "The Silver Scream": "The Silver Scream 2: Welcome To Horrorwood". The album shares yet another original story centered around lead singer Spencer Charnas. This time framing him as a man who killed his fiancé and is being held in custody. The album is set to be released on October 15th, 2021 featuring the aforementioned "Hip To Be Scared" along with "Assault and Batteries" (Child's Play) and "Rainy Day" (Resident Evil).