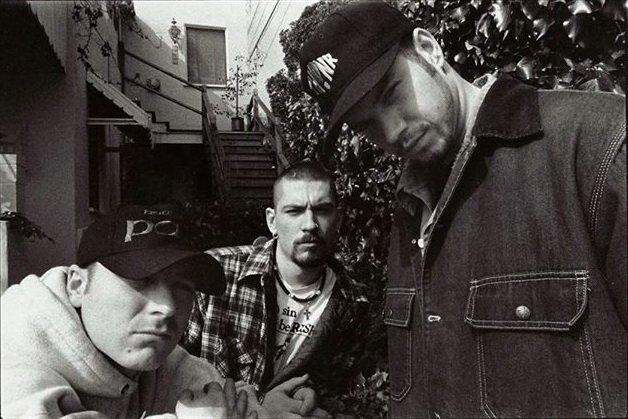 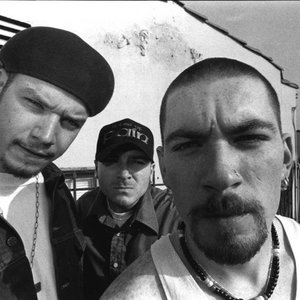 House of Pain was an Irish-styled American hip-hop group who released three albums in the early to mid 90's before lead rapper Everlast decided to pursue his solo career again. The group is best known for its 1992 hit single Jump Around.

Fashioning themselves as rowdy Irish-American hooligans (Lethal is actually of Latvian heritage), they toured with various rap and alternative-rock bands after their breakthrough. They participated together with Helmet, along with several other rap acts, on the influential 1993 rock-rap collaborative Judgement Night movie soundtrack.

Sophomore album and decline in popularity

Their follow-up effort, 1994's Same As It Ever Was, went gold despite minimal airplay and no major hits. The first single, "On Point," is noted for taking a swipe at another American rapper with a strong Irish heritage, Mark Wahlberg ("Calvin Klein's no friend of mine/So I don't like Marky"). Like Cypress Hill, who, with House of Pain, were a part of the loosely-affiliated Soul Assassins posse, they found urban radio airplay an increasingly closed path, which affected album sales.

House of Pain abruptly broke up in 1996 after the release of their third album, Truth Crushed To Earth Shall Rise Again, which featured guest appearances by rappers Sadat X of Brand Nubian, Guru of Gang Starr, producer/rapper Divine Styler and reggae singjay Cockni O'Dire (credited as the Scheme Team). On the release date of the album, Everlast announced his departure from the group.

From this point on, the status of the group would seem to be in the past tense, though the members would continue their careers separately. Danny Boy would found an art company, DJ Lethal became a member of nu metal band Limp Bizkit, and Everlast would finally get multi-platinum solo fame in 1998. In that year his acoustic rock/blues-inflected Whitey Ford Sings the Blues album hit the charts, together with the single "What It's Like". In 2000, a feud between Everlast and rapper Eminem coincided with the gold-selling Eat at Whitey's, which had minor hits like "Black Jesus" and "Black Coffee", and featured a collaboration with Carlos Santana. After the sale of the Tommy Boy Records catalogue of master tapes to Warner Bros. Music, Everlast signed with Island/Def Jam, and released the solo LP White Trash Beautiful in 2004.

Later the same year Rhino Records, a subdivision of Warner Music, has released a hit collection, Shamrocks & Shenanigans, with singles from Everlast's early solo days, the House of Pain and his post-group solo efforts. Prior to the release, Everlast announced on his official message board that he was not endorsing the compilation album.

Founded by Danny Boy in early 2006, La Coka Nostra is a new project that has reunited him, Everlast and DJ Lethal for the first time since House of Pain's split. Other group members include Ill Bill of Non Phixion, and newcomers Slaine and Big Left.

Same As It Ever Was