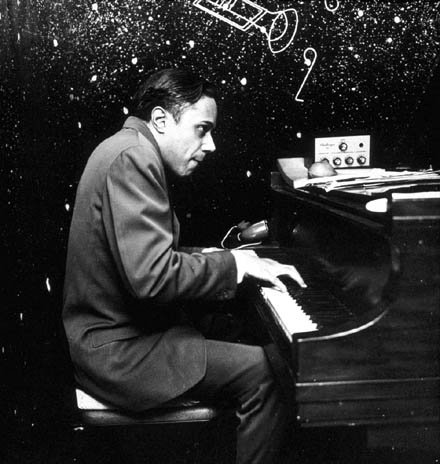 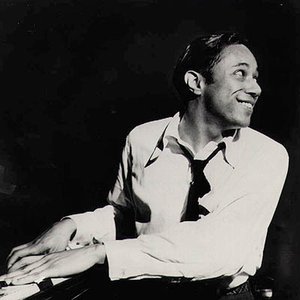 Horace Silver (September 2, 1928 - June 18, 2014) was an American jazz pianist and composer.
He is known for his distinctive humorous and funky playing style, and for his pioneering contributions to hard bop. Silver was influenced by a wide range of musical styles, notably gospel music, African music, and Latin American music. Silver began his career as a saxophonist, but later switched to piano. His playing was highly influenced by the style of Bud Powell.

Horace Ward Martin Tavares Silva was born to a Cape Verdean father of mixed Portuguese-black descent and a mother of Irish and African descent in Norwalk, Connecticut.
He was discovered in a Hartford, Connecticut club by saxophonist Stan Getz. He moved to New York, where he teamed with Art Blakey. In 1952 and 1953 he recorded three sessions with his own trio, featuring Blakey on drums and Gene Ramey, Curly Russell and Percy Heath subsequently taking up the bass. The drummer-pianist team lasted for four years; during this time, Silver and Blakey recorded at Birdland (A Night at Birdland, Blue Note) with Clifford Brown and Lou Donaldson, at the Bohemia with Kenny Dorham and Hank Mobley, and finally - in the studios. One of the studio albums was the famous The Jazz Messengers.

During Silver's time with Blakey he rarely recorded as a leader, but having split with him in 1956, he formed his own hard bop quintet, at first featuring the same lineup as Blakey's Jazz Messengers, with 18-year-old Louis Hayes subbing for Blakey.

From 1956 onwards, Silver recorded exclusively for Blue Note, eventually becoming close to label boss Alfred Lion, who allowed him greater input on aspects of album production than was usual at the time. During his years with Blue Note, Silver helped to create the rhythmically forceful branch of jazz known as "hard bop", which combined elements of rhythm-and-blues and gospel music with jazz. Gospel elements are particularly prominent on one of his biggest hits, "The Preacher", which Lion thought corny, but which Silver persuaded him to record.

While Silver's compositions at this time featured surprising tempo shifts and a range of melodic ideas, they caught the attention of a wide audience. His own piano playing easily shifted from aggressively percussive to lushly romantic within just a few bars. At the same time, his sharp use of repetition was funky even before that word could be used in polite company. Along with Silver's own work, his bands often featured such rising jazz stars as saxophonists Junior Cook and Hank Mobley, trumpeter Blue Mitchell, and drummer Louis Hayes. Silver's key albums from this period include Horace Silver and the Jazz Messengers (1955), 6 Pieces of Silver (1956) and Blowin' the Blues Away (1959), which includes his famous "Sister Sadie". He also combined jazz with a sassy take on pop through the hit "Filthy McNasty" (1961).

In 1963 Silver created a new group featuring Joe Henderson on tenor saxophone and Carmell Jones on trumpet; this quintet recorded most of Silver's best-known album Song for My Father. When Jones left to settle in Europe, the trumpet chair was filled by a young Woody Shaw and Tyrone Washington replaced Henderson.

As social and cultural upheavals shook the nation during the late 1960s and early 1970s, Silver responded to these changes through music. He commented directly on the new scene through a trio of records much later collected together under the title The United States of Mind (1970–72) that featured the spirited vocals of Andy Bey. The composer got deeper into cosmic philosophy as his group, Silver 'N Strings, recorded Silver 'N Strings Play The Music of the Spheres (1979).

Silver tended not to play up that he was proficient in Portuguese, nor draw directly on his rich Lusophone musical upbringing. His 1965 hit, "Cape Verdean Blues", is the only clear rhythmic reference to his childhood home where his father and friends jammed, with traditional Capeverdean morna and coladeira as the main fare. In the interview for the liner notes to 1964's Song for My Father (Cantiga Para Meu Pai), however, Silver remarked of the title track, "This tune is an original of mine, but it has a flavor of it that makes me think of my childhood days. Some of the family, including my father and my uncle, used to have musical parties with three or four stringed instruments; my father played violin and guitar. Those were happy, informal sessions." Silver melded additional Lusophone influences into his music directly after his February 1964 tour of Brazil. Referring to "Song for My Father", Silver said, "I was very much impressed by the authentic bossa nova beat. Not just the monotonous tick-tick-tick, tick-tick, the way it's usually done, but the real bossa nova feeling, which I've tried to incorporate into this number."

His early influences included the styles of boogie-woogie and the blues. It includes but is not limited to Art Tatum, Teddy Wilson, Nat "King" Cole, and Thelonious Monk. He liked to quote other musicians within his own work and would often recreate famous solos in his original pieces as something of a tribute to the greats who influenced him.

Silver's compositions, catchy and very strong harmonically, gained popularity while his band gradually switched to funk and soul. This change of style was not readily accepted by many long-time fans. The quality of several albums of this era, such as the The United States of Mind sequence (on which Silver himself provided vocals on several tracks), is to this day contested by critics. Silver's spirituality displayed on these albums also has a mixed reputation. Silver was the last musician to be signed to Blue Note in the 1970s before it went into temporary hiatus. In 1981 he formed his own short-lived labels, Silveto and Emerald.

After Silver's long tenure with Blue Note ended, he continued to create vital music. The 1985 album Continuity of Spirit (Silveto) features his unique orchestral collaborations. In the 1990s, he directly answered the urban popular music that had been largely built from his influence on It's Got To Be Funky (Columbia, 1993). Living surrounded by a devoted family in California, Silver has received much of the recognition due a venerable jazz icon. In 2005, the National Academy of Recording Arts and Sciences (NARAS) gave him its President's Merit Award. The SFJAZZ Collective focused on Silver's music for their 2010 season.

Silver's music has been a major force in modern jazz. He was one of the first pioneers of the style known as hard bop, influencing such pianists as Bobby Timmons, Les McCann, and Ramsey Lewis.

Nor did Silver's talent go unnoticed among rock musicians who bore jazz influences: Steely Dan sent Silver into the Top 40 in the early 1970s when they crafted their biggest hit single, "Rikki, Don't Lose That Number", off the bass riff that opens "Song for My Father".