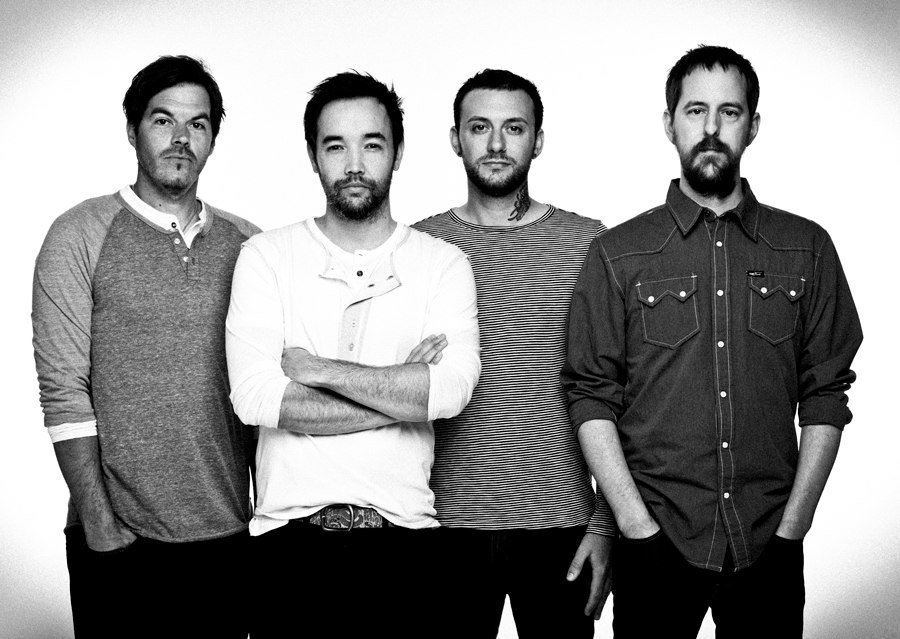 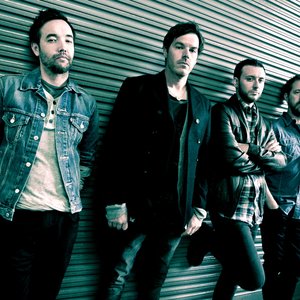 Hoobastank (sometimes stylized as "h∞bastank") is an American (formed in 1994 in Agoura Hills, California) rock band best known for their crossover hit "The Reason" (2003) and by their continued success in the modern rock market.

Vocalist Doug Robb met with guitarist Dan Estrin in a high school battle of the bands competition and decided to form a band. They recruited Markku Lappalainen and Chris Hesse to form Hoobastank. In an interview with Yahoo's Launch, Doug Robb said the name had no particular meaning. "You're going to ask me what it means. It doesn't mean anything. And it's really cool, it's one of those old high school inside-joke words that didn't really mean anything." Rob Bourdon of Linkin Park attended the same high school as the members of Hoobastank.
Hoobastank started playing gigs in their local area and, with their unique saxophone section headed by Jeremy Wasser, recorded a self-released album called They Sure Don't Make Basketball Shorts Like They Used To in 1998. By this stage, they had developed a strong reputation in Southern California. This attracted interest from Island Records who signed the band in 2000. The bands reputation grew further on tours with the similar sounding band Incubus who come from the same area of Los Angeles and Alien Ant Farm.

Hoobastank released their self-titled debut in November 2001. The first single was Crawling in the Dark which was a breakthrough hit reaching #68 on the Billboard Hot 100, #3 on the modern rock chart, #8 on the mainstream rock chart and #1 on an MP3.com download chart in early 2002. The second single Running Away was even more successful reaching #44 on the Billboard Hot 100, #2 on the modern rock chart, #9 on the mainstream rock chart and #3 on the MP3.com download chart. The Hoobastank album went platinum on the back of these hits and reached #25 on the Billboard 200 album charts and #1 on the Billboard Heatseeker chart. The album also achieved recognition internationally with the album touring in Europe and Asia in support of the record. Remember Me, the third single, was a moderate hit reaching #23 on the modern rock charts and #9 on the mainstream rock charts.
The band entered the studio in 2003 with producer Howard Benson who has produced records by P.O.D., Cold and The Crystal Method. However, recording was disrupted for a month when Dan Estrin was seriously injured in a freak minibike accident in August. Estrin had recovered by October and the band headed off on a Nokia Unwired Tour with The All-American Rejects and Ozomatli in November.
Their second album The Reason was released in December 2003. The first single Out of Control was made available for download on the band's website. Doug Robb says on the band's website: "A lot of it is about asking questions or questioning all that people see. It's not all about religion. 'Out of Control' is about that and about opening your eyes after being blinded by being devoted to anything." "Out of Control" would reach #9 on the US modern rock chart, #16 on the mainstream rock chart and #16 on a composite world modern rock chart (based on the US, Germany, the UK, Sweden, Finland, Canada and Australia). The Reason initially reached a peak of #45 on the Billboard 200.
The title track was released as a single in the first half of 2004. It became a massive hit reaching #2 on the Billboard Hot 100 (chart proof), #1 on the US and world modern rock charts, #1 on a world airplay chart in May 2004, #10 in Australia and #12 in the UK. The Reason album received a new lease of life on the US album charts reaching #3 on the Billboard 200.

Additionally, on 15 June 2009, the band played a prank on Iranian protesters and their supporters during the 2009 Iranian election protests using the popular Web 2.0 service Twitter and the shock image Goatse, featuring a naked man stretching his anus to a large size with both hands, with the inside of his rectum clearly visible. While thousands of protesters used the Twitter service to rapidly spread information on street level protests and the shocking behavior of pro-government militias and security forces, Hoobastank allegedly spread links to the image disguised as relevant news items and twittered them to thousands of their fans and followers. The punk rockers have since announced their satisfaction with the number of the political enthusiasts having viewed the image unintentionally (over 2 million, according to the site's usage statistics). As of June 2009, Twitter's verification system for celebrities has not officially validated either twitter account.

1) Guitarist Dan Estrin has a great story involving brain surgery and a catheter.
In 2003, during the band's tour for its multi-platinum second album The Reason, Estrin made a fateful purchase. "Everyone in the band rides street bikes and motocross bikes," says the guitarist. "I was fucking around on a mini-bike that I just bought. I was riding one around after a show … and I smashed my head into concrete." The result? "They had to cut my head open. I just remember, before the surgery, I had two fears: they'd have shave my head and I'd wake up with a catheter in me. So I wake up, and lo and behold, my head's shaved and there's a tube in my dick."

2) There are flutes and seven minute songs on the new album (blame Pink Floyd).
If you liked the infectious pop-rock stylings of the last two Hoobastank albums, you'll enjoy Every Man for Himself just as much, if not more. That said, Every Man does offer up some variety, even while maintaining the band's core sound. The epic "More Than a Memory", for example, features flutes, accordion, chimes and trumpets. "I was listening to a lot of Pink Floyd at the time, especially The Wall," remembers Estrin. "I like albums, and songs, that take you on a journey, that almost come across as a movie. And that song definitely does - it's like Floyd, the Beatles, and even tails off like "Sir Psycho Sexy," that old Red Hot Chili Peppers song. I just like applying lessons from bands I admire."

3) Did we mention the Journey influence?
Listen to "Moving Forward" and prepare to recognize a very familiar classic rock refrain. "We wrote that song when Doug was driving one day and heard Journey's 'Lovin' Touchin' Squeezin' on the radio," says Estrin. "We like Journey; we're not huge fans, but I really liked that 'na na na na' part of the song." He laughs. "I don't think it's stealing. We made it our own style."

4) Music critics despise them. The feeling is mutual.
"The album comes out in April. I expect we'll do some shows, meet fans, and have critics ready to tear it apart," says Robb. "Honestly, I want to go 'fuck it, it's not for you, it's for me and the guys in the band.' If we're happy with it, that's what counts. We get a lot of shit because we don't go out of our way to be 'different' … we're just trying to be who we are. And that's actually the theme of the album - being yourself."

5) Speaking of message boards, you can find a lot of fun, weird stuff about Hoobastank on theirs… and some of it might be true.

* Dan used to be a roadie for Incubus.
* Chris worked in a plant nursery for 5 years.
* Doug and Dan used to be counselors at the YMCA.
* The name of the band? It's the "H" in Jesus H. Christ. At least, that's what Doug will tell you.

6) That's a real drill sergeant on the album. He's there for a reason.
"Born to Lead" features the barking cadence of Sgt. Dale Guy. "I wouldn't want him there all the time, but he was cool," says Robb. "The song was about people wishing and praying for things instead of doing something to accomplish their dreams. It's about getting off your ass, and I think the Sarge added a lot to the song's vibe."

7) They recorded Every Man for Himself in a really backward, inefficient, grueling kind of way.
The band started work on the album during Hooba's last mega-tour. Estrin would come up with musical ideas during sound checks, then record a demo later, hand it off to Doug for melodies and lyrics, and finally, fly home with the whole band to record the finished product during non-tour weekends. "It wasn't an ideal way of doing things," admits Robb. "But I think, strangely, it affected us in a positive way. Maybe it was the energy of being on tour, but I think the results came out far better than our previous two records."