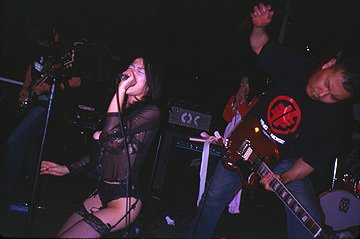 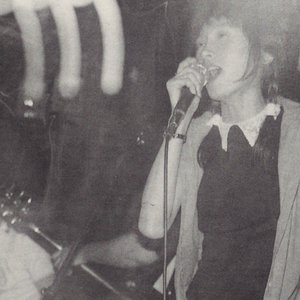 Hijokaidan (非常階段, lit. "emergency stairway") is a Japanese noise and free improvisation group with a revolving lineup that has ranged from two members to as many as fourteen in its early days. The group is the project of guitarist Yoshiyuki "Jojo" Hiroshige (Japanese; 広重嘉之,JOJO広重) its one constant member, who is head & owner of the Osaka-based Alchemy Records. Other regulars include Jojo's wife Junko and Toshiji Mikawa (also of Incapacitants). The group began at the very end of the 1970s as a performance art-based group whose anarchic shows would often involve destruction of venues and audio equipment, food and garbage being thrown around, and on-stage urination. As the group's lineup changed over time, their focus became less performance-based and more musically based, fine-tuning their sound into a dense wall of white noise created by each member making as much of a racket as humanly possible.