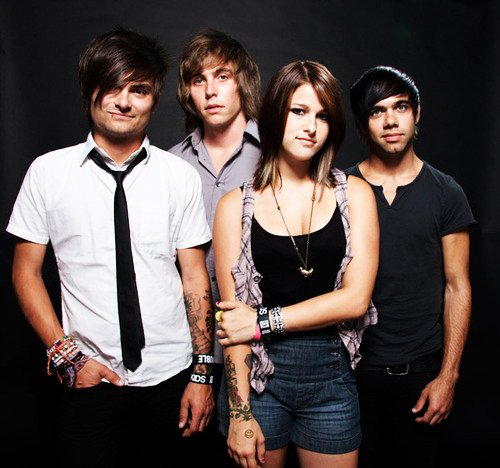 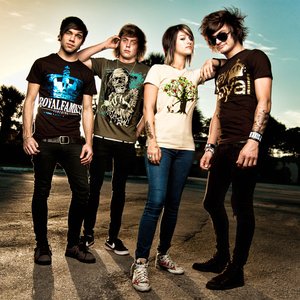 Cassadee Pope and Mike Gentile were former members of the band called Blake. They had one song recorded called "Turn the Clock". They were scheduled to play Warped Tour in 2008 but had to drop off the tour to finish recording the record "Hold on Tight" . The band changed its name from Blake to Hey Monday in August 2008 right before their debut album dropped.

After graduating high school, Cassadee Pope formed the band Hey Monday with Mike Gentile, Elliot James, Alex Lipshaw and Jersey Moriarty. Alex Wilhelm of A&R Website CrazedHits.com then discovered the band before they were signed.. Their debut album "Hold on Tight" was released worldwide on October 7, 2008 via Decaydance and Columbia Records. Their first single from the album, "Homecoming", was featured on the CitizensFOB mix-tape Welcome to the New Administration. Lead singer Cassadee was also featured in the song "Take My Hand" by The Cab on the mixtape. Cassadee made an appearance in Fall Out Boy's video "America's Suitehearts". She has a guest appearance as herself in the Degrassi: The Next Generation TV Movie, Degrassi Goes Hollywood along with Pete Wentz. The song "Should've Tried Harder" appears on the videogame Major League Baseball 2K9. On October, 9th 2009 it was announced via Cassadee's Twitter, then later their MySpace blog, that Elliot James had decided to leave the band to pursue other interests. They also added that their good friend Pat would be playing drums for them on the Glamour Kills Tour but no official replacement was announced.

They released a 6 song EP titled 'Beneath It All' on August 17 2010 instead of the full length album they were planning on releasing, a full length album was set to be released in 2011 but this never happened after Hey Monday departed from their record labels Decaydance and Columbia. Hey Monday released their second EP Candles in February 2011 and a music video for "Candles" on March 9 after "Candles" was used for a duet on an episode of Glee.

In December 2011 after releasing The Christmas EP it was announced that Hey Monday was on hiatus, due to solo endeavors within the group. Although band members have made it very clear they are still together and Cassadee Pope posted the following statement:

'Hey everyone! Cassadee here. I know since I announced my solo acoustic tour, there has been a lot of rumors and confusion swirling around. I wanted to let you all know that Hey Monday is not “broken up.” We are, however, taking a break and pursuing things on our own. In my case, that is a solo project. I hope you all understand that this does not mean we’ll never release new music or tour ever again. I just felt the need to fill you all in since I’ve gotten a good amount of questions pertaining to this. Me and the guys are still friends and always will be, and this was a decision we all agreed was for the best. I could not have imagined experiencing everything we were able to with a different group of people, our crew included! So we would really appreciate all of your support with this decision. We love you guys and we thank you for everything you’ve done for this band and each one of us individually. We have the best fans ever.'

lead singer Cassdee Pope was a contestant on the 3rd season on NBC's The Voice and performed with 2 members of Hey Monday at a homecoming gig in West Palm Beach on 6th December 2012. On 18th December 2012 Cassadee was announced as the winner of The Voice and won a recording contract with Republic Records and a $100,000 cash prize