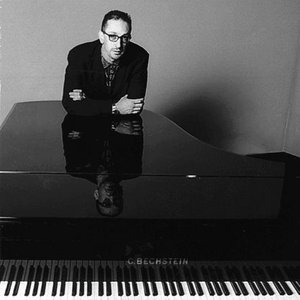 Hector Martignon has performed, recorded, composed, produced, and arranged music in myriad styles and genres for his own projects and for top musicians around the world. Hector Martignon has a varied background of musical genres and plays both classical music as well as jazz. He is on the faculty of Lucy Moses School of Music and the Special Music School at the renowned Kaufman Center, NYC

Martignon's abilities as a pianist have always been enriched by his interest in varied musical genres. He paid for his studies of classical piano and composition at the prestigious Freiburger Musikhochschule in Germany by performing with the best Afro-Cuban and Brazilian bands of Europe. He played for Celia Cruz and Ismael Quintana in their European tours, and recorded with Tata Güiness and Arturo Sandoval.

He also performed classical music in recitals and concerts in Germany, Italy and his native Colombia, specializing in Chopin, Bach and Debussy. Living in Brazil for a one-year love affair with that country and its music, Martignon soon became a requested studio musician and worked for star producer Carlinhos Brown.

At the same time he was attending seminars of contemporary composition with masters like Paul Ligetti, Luigi Nono and Karl Heinz Stockhausen.

In order to steal a glimpse into the musical universe of this multi-talented artist, one needs only to surrender to the music of his solo CDs, “Portrait in White and Black,” “Foreign Affair” and “Refugee.” They are a metaphor of the diverse musical influences that have shaped his distinctive style as a performer, composer, and arranger, from Baroque polyphony to 21st century avant-garde, Balkan folklore to Afro-Cuban and -Brazilian idioms.

Hector Martignon was pianist for the late Ray Barretto's various ensembles. During his eight-year association with Barretto, his contributions as pianist, arranger, and composer were fundamental in shaping the sound of the now famous New World Spirit Sextet. One of his last collaborations with Barretto, "My Summertime," was a favorite nominee for a Grammy award.

His versatility has also made him extremely active in the film and television industries. Besides playing all piano parts, he arranged and produced many parts of the score for the Oscar-nominated film Eat, Drink, Man, Woman by Ang Lee and performed the piano and keyboard parts for the movie scores Gloria and Relativity. He is composer of the original music of Septimo Cielo, which won international prizes. He also collaborated in the production of many Broadway musicals (Chronicle of a Death Foretold, The Capeman, Selena Forever) as conductor, arranger, and co-composer.

Since relocating to New York City, Martignon has been one of the most sought-after pianists on the Latin jazz scene. He's toured North and South America, Europe, and Asia with the bands of Mongo Santamaria, Gato Barbieri, Steve Turre and Don Byron, who had him record in his latest CD. He has been featured pianist with the bands of Tito Puente, Mario Bauzá, Chico O'Farrill, Paquito D'Rivera, and Max Roach in his “Project America.”

Most notably, Martignon was pianist for Ray Baretto's various ensembles. During his eight-year association with Barretto, his contributions as pianist, arranger, and composer were fundamental in shaping the sound of the now famous New World Spirit Sextet. His last collaboration with Barretto, “My Summertime,” was a favorite nominee for a Grammy award.

Martignon's versatility has also made him extremely active in the film and television industries. Besides playing all piano parts, he arranged and produced many parts of the score for the Oscar-nominated film “Eat, Drink, Man, Woman” by Ang Lee and performed the piano and keyboard parts for many movie scores (i.e., “Gloria,” “Relativity”). He is composer of the original music of two feature films, one of which, “Septimo Cielo,” won international prizes. He also collaborated in the production of many Broadway musicals (“Chronicle of a Death Foretold,” Paul Simon's “The Capeman,” “Selena Forever”) as conductor, arranger, and co-composer.

In the fall of 2003 Hector visited Slovenia and Russia to collaborate with singer-songwriter Vitaly Osmsçko's first symphonic CD. The Russian Philharmonic Orchestra recorded in Moscow the orchestrations written by Hector.

His first professional recording, completed at the age of 18, was of Mikis Theodorakis's epic orchestral work “Canto General.” Since then he has appeared on hundreds of jazz, Latin jazz, and pop albums.
————
Hector Martignon: Latin Piano Pioneer
By Jon Regen

“I try to make jazz a compositional music,” says New York pianist and composer Hector Martignon, who has combined jazz, classical, and Latin textures into a unique musical voice. “My greatest pleasure is to write music from the perspective of the listener. I’m just one more musician — writing the music, putting the band together, but listening.”

Martignon began acquiring a multi-faceted creative approach in Bogota, Colombia. “I started playing bass in a rock ’n’ roll band with my brother as a kid,” he says. “But my mother played piano, so I grew up listening to classical music as well. At the age of 11, I started playing piano, mostly on my own. I taught myself theory, how to read music, even how to play Bach by ear!”

The determined pianist abandoned his hopes of a career in physics, opting instead for a classical education at a conservatory in Freiburg, Germany. It was there where he would begin doing triple duty, studying 20th-century composition and classical piano, all while playing salsa and Brazilian piano gigs with some of the most revered artists of the day. “Celia Cruz, Pete ‘El Conde’ Rodriguez, and other superstars,” Martignon continues. “So that’s how I really learned the language of salsa.”

Martignon’s varied musical appetite continued to grow after he relocated to New York in the mid-’90s. It was there that he learned to formulate the layered, compositional sound that he is known for today, a unique voice that earned his album Rufugee a nomination for Best Latin Jazz Album Grammy Award in 2008. “That record developed as four bands over four years,” he says. “It features people like Richard Bona, Kenny Barron, Horacio ‘El Negro’ Hernandez, Jeff Watts, Eddie Gomez — an amazing group of superstar instrumentalists. Plus, the music was written for the musicians. It wasn’t just a collection of tunes.”

Martignon will continue charting new ground with his group, the Foreign Affair Quintet, as well as his Jazz Camerata project, which features a string quartet, oboe, alto flute, clarinet, and jazz trio. In his music, Hector hopes to shift what he sees as a misplaced focus in jazz. “Jazz musicians tend to idolize musicians, not music,” he says. “For me, I think it’s very important that jazz acquires more of a taste for composition and arranging. For colors, and learning how to create them by putting instruments together.”

If you’re into Latin jazz, you might want to take a look at the new album, Refugee, by pianist Hector Martignon and his friends. If Latin jazz dominated by percussion is to your taste, then you can delete the word “might” from my first sentence, because you will absolutely love this one. It’s a lively mix of Cuban and Afro-Latin sounds, performed by piano, guitar, bass, drums and other percussion instruments.

It’s Martignon’s first album for Zoho and his third overall, and it showcases the song-writing talent and piano virtuosity that has made him one of the most in-demand musicians in Latin jazz for the last decade. He’s worked with many stars, including Mongo Santamaría, Gato Barbieri, and Tito Puente, and has recorded with Arturo Sandoval.