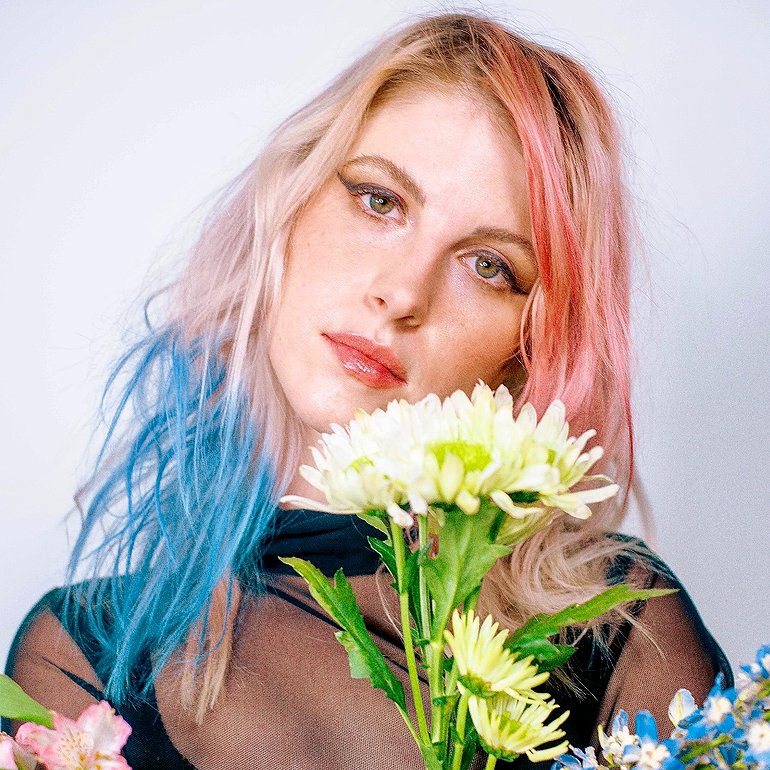 Hayley Williams (born December 27, 1988) is an American singer-songwriter. She is best known as the lead vocalist, primary songwriter, and keyboardist of the rock band Paramore.

Born and raised in Mississippi, Williams moved to Tennessee at the age of 15 when her parents divorced in 2002. In 2004, she formed Paramore alongside Josh Farro, Zac Farro, and Jeremy Davis. The band currently consists of Hayley Williams, Zac Farro and Taylor York. The band has released five studio albums: All We Know Is Falling (2005), Riot! (2007), Brand New Eyes (2009), Paramore (2013), and After Laughter (2017).

Aside from Paramore, Williams recorded the song "Teenagers" for the soundtrack of Jennifer's Body (2009) and has collaborated with artists such as October Fall, The Chariot, Set Your Goals, Zedd and New Found Glory. In 2010, she was featured on the single "Airplanes" by B.o.B. It peaked at number two on the U.S. Billboard Hot 100. A sequel to the song, "Airplanes, Part II", features new verses from B.o.B. and a verse from Eminem, while Williams' vocals remain the same. This collaboration led to a Grammy nomination for Best Pop Collaboration with Vocals.

Williams released her debut solo single "Simmer" on January 22nd 2020 and announced on the same day that her debut solo album Petals for Armor would be released on May 8th 2020.