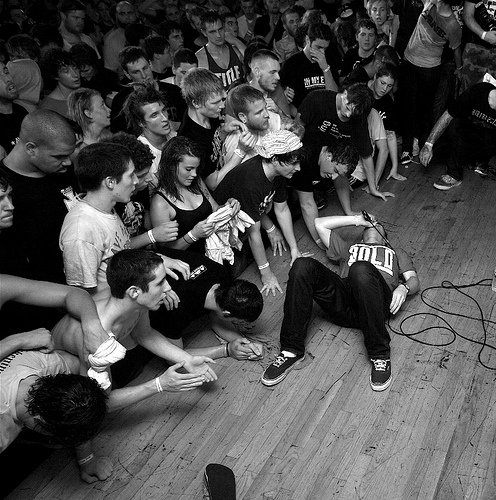 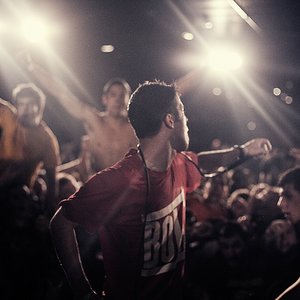 Have Heart was a straight edge hardcore band, formed in New Bedford, Massachusetts in 2002. The band recorded a demo that was released in 2003. Lyrics cover a variety of subjects from the hardcore scene to a much larger scale. Many topics include self-image and its transition to popular media, the straight edge lifestyle, self-control and respect, pacifism, pressure (especially youth pressure), perseverance, self-destruction, friendship, and family. Such lyrical themes have allowed Have Heart to have a commanding force in at least the positive hardcore scene, and even the scene as a whole.

Part of the resurgent Boston hardcore scene, Have Heart formed in 2002 around the core lineup of singer Patrick Flynn, guitarist Ryan Hudon, and bassist Ryan Briggs. Hailing from the coastal town of New Bedford, the trio moved to Boston after graduating high school. Initially working with a revolving lineup of local musicians, the band played their first show in July 2003, and in November, their debut demo was released. The demo came to the attention of Think Fast! Records, who signed them for the release of the What Counts EP in 2004. The EP showcased long-time guitarist Ben Kelley and drummer Justin Paling.

In 2005, Have Heart moved to the estimable hardcore indie Bridge Nine Records and underwent a lineup change, with Kelley and Paling replaced by Kei Yasui and Shawn Costa, respectively. The following year they released The Things We Carry, their first full length. In 2007, the band toured through the U.S., Canada and Europe.

In 2008, the band released their second full-length album on Bridge Nine, Songs to Scream at the Sun, which debuted and peaked at No. 193 on the Billboard top 200 and No. 16 on the Top Heatseekers chart.

Have Heart's final show was played on National Edge Day 2009 in Revere, Massachusetts, along with other straight edge bands. Many members of bands presented testimonies of how members from Have Heart had a huge influence on their lives and careers, along with presenting stories of good times shared with members of Have Heart. Have Heart's last performance consisted of songs from all three of their releases and went for roughly one hour. Afterwards, Flynn laid out on the stage and a good majority of the crowd surrounded him onstage cheering and chanting, "Have Heart," along with fans shouting their personal testimonies to the significance Have Heart had on their lives. This lasted for around 20 minutes straight. Patrick Flynn estimated approximately 1500 people attended, whilst Bridge Nine estimated around 2000.

In February 2019, Have Heart announced they would play 4 reunion shows in July 2019, including one at Sound & Fury festival in Los Angeles.