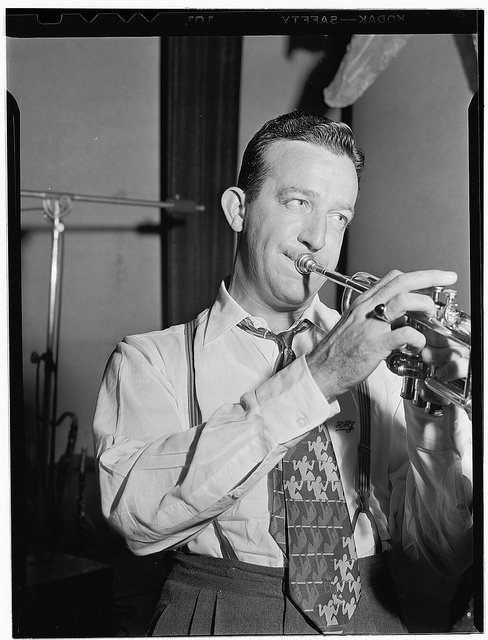 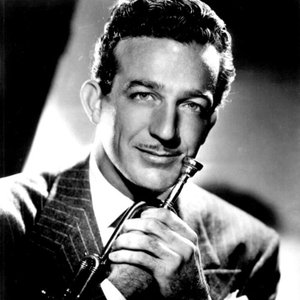 Harry James was born in Albany, Georgia, the son of a bandleader of a traveling circus. By age 10 he was taking trumpet lessons from his father. His father had him on a very strict practicing schedule every day. He was given one page to learn out of the Arban's book (a trumpet drill book) every day and could not do anything until he learned that page.

In 1931 the family settled in Beaumont, Texas and James began playing with local dance bands. James joined the nationally popular Ben Pollack in 1935. At the start of 1937 he left Pollack to join Benny Goodman's orchestra, where he stayed through 1938.

In February of 1939 Harry James debuted his own big band in Philadelphia, Pennsylvania. He continued touring with the band into the 1980s. His was the first "name band" to employ vocalist Frank Sinatra, in 1939. In 1943 he married actress Betty Grable.
His first wife was ex B.Goodman singer.,Louise Tobin.

You can hear his trumpet playing in the 1950 film Young Man with a Horn, dubbing Kirk Douglas. His recording of "I'm Beginning to See the Light" appears in the motion picture My Dog Skip (2000). James recorded many popular records and appeared in many Hollywood movies.

In 1983, James was diagnosed with lymphatic cancer, but he continued to work, playing his last professional job on 26 June 1983 in Los Angeles just nine days before his death in Las Vegas, Nevada.