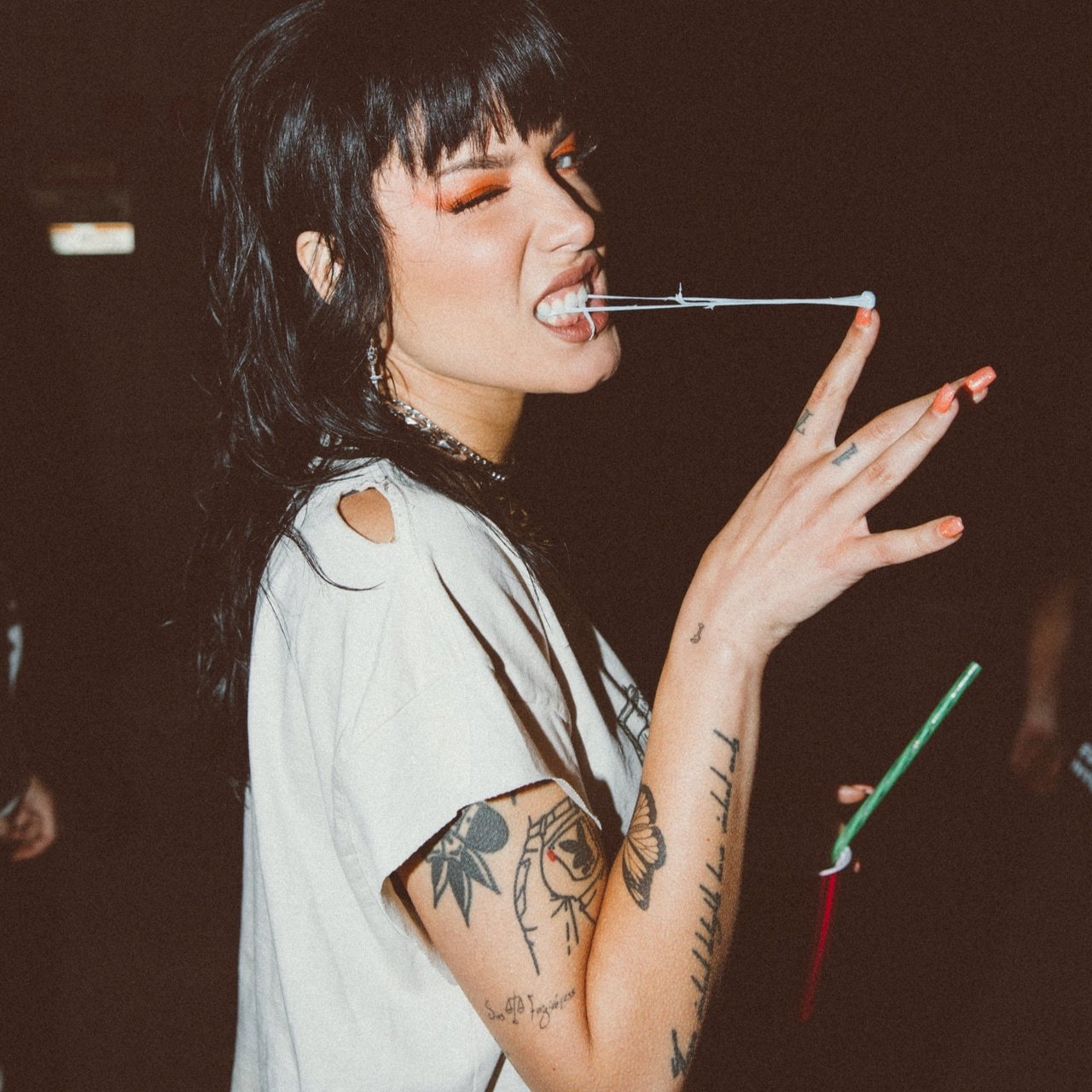 Ashley Nicolette Frangipane, known professionally as Halsey, is an American singer and songwriter. Their stage name is a reference to the Halsey Street station of the New York City Subway in Brooklyn, and is an anagram of their first name. Halsey's music is categorized as indie pop ballads, usually based on their personal experiences. Their awards and nominations include four Billboard Music Awards, four iHeartRadio Music Awards, two Teen Choice Awards, one GLAAD Media Award, one Global Award, a Guinness World Record, a MTV Video Music Award and a Grammy Award nomination. Outside of their career, they have been involved in suicide prevention awareness and sexual assault victim advocacy.

Frangipane signed their first recording contract with Astralwerks, and released their début EP Room 93 in 2014. Their début studio album Badlands (2015) reached number two on the US Billboard 200 and has been certified platinum by the Recording Industry Association of America (RIAA).

Halsey appeared as a featured artist on The Chainsmokers' 2016 single "Closer", which reached number one on several national charts, including in the United States and the United Kingdom.

Halsey's second studio album Hopeless Fountain Kingdom (2017) was preceded by the single "Now or Never", which became their first top 40 entry as a lead artist.

On May 17, Halsey released the single "Nightmare", which debuted in the top fifteen of the US. On September 13, 2019, they released the single "Graveyard". During September 2019, Halsey announced that their third studio album Manic would be released in January 17, 2020, and they would be having a world tour in support of their third studio album. The singer will play 19 shows during the first leg, scheduled to take place in Europe between February and March 2020. They released another single, "Clementine", on her birthday, September 29, 2019.

Halsey released their fourth studio album "If I Can't Have Love, I Want Power", on August 27, 2021. A theatrical film directed by American filmmaker Colin Tilley, titled after the album and featuring its music, was screened in select IMAX cinemas around the world on August 25 and 26, 2021, leading up to the album release.