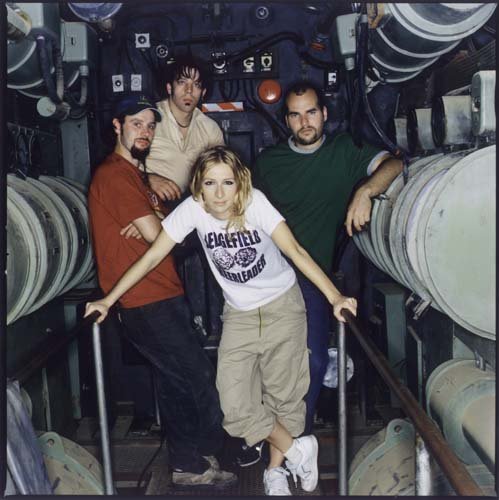 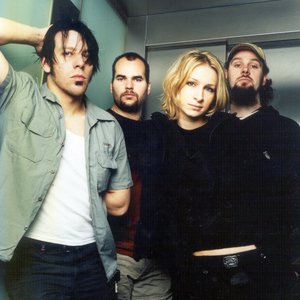 Guano Apes is an alternative metal band formed in 1994 in Göttingen, Germany. The group consists of Sandra Nasic (vocals), Henning Rümenapp (guitar), Stefan Ude (bass) and Dennis Poschwatta (drums). Their energetic rock mix is mostly described as crossover, going from rap over funky, from melodic singing to hardcore screaming of their lead singer. The band has released five studio albums, with four Top 10 songs in Germany.

The band was already established in 1994 by Rümenapp, Ude and Poschwatta, when the vocalist Sandra Nasic joined later that year. They recorded 3 demo tapes, but their career took off in 1996 after winning the Local Hero contest for unsigned bands. They used the prize money for recording their first hit "Open Your Eyes" and shot a video for that song. They also signed to GUN/Supersonic Records.

"Open Your Eyes" was released as a single (#5 GER) and was followed by their debut album Proud Like a God in 6 October 1997. The album ranked #4 and it was certified platinum in Germany. Two other singles helped the album's popularity and sales: "Rain" (#76 GER) and "Lords of the Boards" (#10 GER). "Lord of the Boards" is performed as the closing song on every Guano Apes concert.

After the very long promo tour to the WOATL album, the band decided to take a rest for a while. In 2004 they issued a Best Of album titled Planet of the Apes and the single "Break the Line". The band broke up after a final tour in February 2005. A year later, their label released the compilation Lost (T)apes, which contains previously unreleased demos, originally recorded in 1994 and 1995.

Dennis Poschwatta formed the crossover band Tamoto with his friend G-Ball and released the album Clemenza. Henning Rümenapp worked for Horus Studios in Germany. Sandra Nasic released her solo album The Signal in 2007. In 2006 Dennis, Henning and Stefan formed a new group with singer Charles Simmons, called IO. IO realeased their studio album For the Masses in 2008.

Their fourth album Bel Air was released in Spring 2011, preceded by the single "Oh What a Night".